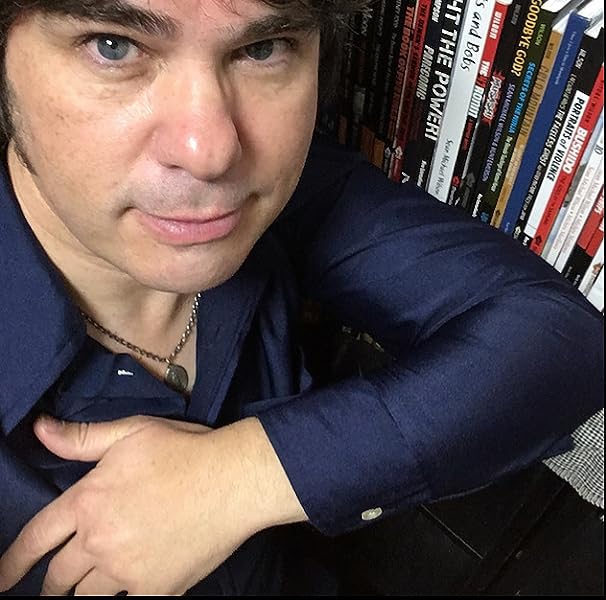 The Demon's Sermon on the Martial Arts (The Way of the Warrior Series) Hardcover – September 15, 2006


ISSAI CHOZANSHI (1659-1741) was the pen name of Niwa Jurozaemon Tadaaki, a samurai of the Sekiyado clan. Among his works, The Demon's Sermon on the Martial Arts (1729) and "The Swordsman and the Cat"(1727) are his most famous.

WILLIAM SCOTT WILSON's first translation, Kodansha's bestselling edition of Hagakure, was published in 1979, the same year he completed a Master's degree in Japanese language and literature at the University of Washington. Hagakure was featured prominently in the Jim Jarmusch film, "Ghost Dog." Wilson's other translations include The Book of Five Rings, The Life-Giving Sword, The Unfettered Mind, Taiko, Ideals of the Samurai and The Flowering Spirit, published in June 2006. He is also the author of The Lone Samurai: he Life of Miyamoto Musashi. In 2005, Wilson was awarded Japan's Foreign Minister Commendation. He lives in Miami, Florida.

Ronin
5.0 out of 5 stars Awesome!
Reviewed in the United States on June 3, 2009
Verified Purchase
This is a masterpiece of warrior philosophy. It is not a casual read and nor is it a story that will provide entertainment value. This is essential reading for martial artists and practitioners of eastern medicine as one of the fundamental lessons involves the cultivation of Qi. The "Demon" in this case refers to the Tengu, which are legendary throughout Japan.

The Tengu is many things and comes in many forms. It is known as a mischievous and malevolent spirit that brought terror to the Japanese. The ninja made use of these legends and often impersonated Tengu to strike fear. But the Tengu is also a respected and revered symbol and is associated with Shugendo, or the Way of the Aesthetic. In this role the Tengu can be a teacher, and a protector of Buddhism who punsihed evil-doers.

Practitioners of Shugendo often live alone in the mountains and are known as Yamabushi (Shinto), meaning "Mountain (Yama) Warrior (Bushi) Aesthetic" in the deeper sense. They view nature as possessing powerful Qi; in the mountains, rocks, and streams. In the wilderness they train and cultivate their energy. Their ancient roots come from China and the Taoist traditions, which is very evident in this book:

The Tengu, the Yamabushi, and the ninja are all connected. Togakushi is a small village high in the Japanese alps that claims a ninja heritage that is 900-years old. There are 3 shinto shrines in the valley, and countless sacred spots throughout the mountains, which have many small waterfalls and streams. The Tengu of Togakushi takes the form of a raven. Tengu are also common in many other ninja villages like Yagyu-zato.

What's incredible about this book is its really the only one on this subject in english. While sitting high on a precipice in the mountains above Togakushi, I watched a raven high above tuck its wings into a steep dive and it sounded like a katana slicing the air as it passed 15-feet away before continuing another 1000-feet down and leveling off just over the tree line. It was an odd display and there was something really powerful about it. That spirit is alive in this book, and it sheds light on where these ideas originated.

The Tengu are also high techers, but only to the select few. They often took a keen interest in people who retreated to the mountains for extended training. Morihei Ueshiba, the Aikido founder learned some of his martial arts from a Tengu in the 1920's. Sword master Yagyu Muneyoshi had an epic sword duel with a Tengu during a violent lightning storm in the mountains above the village. There is rock there where supposedly his sword cut through the stone after the Tengu dodged him that is now known as Itto Seki, or "one sword stroke rock".

This book deals a lot with the movement of a warrior, but perhaps a more powerful message relates to the Shugendo concepts or more specifically the cultivation of Qi. This was fundamental to the ancient Taoist masters who created powerful martial arts such as the highly advanced Ba Gua Zhang. Chozanshi is clearly advocating that we work endlessly to cultivate Qi, and through this process both our lives and our practices will excel.

This book is a rare treat. It offers some very advanced material, and I highly recommend it to anyone who is a serious practitioner of the arts. Be prepared to study.

Cartridge Buyer
5.0 out of 5 stars Mind training.
Reviewed in the United States on December 25, 2019
Verified Purchase
I usually have a hard time reading Asian philosophy, because the wording is so elusive. This book was much easier to understand, though, which was great.
Read more
Helpful
Comment Report abuse

Amazon Customer
5.0 out of 5 stars A great book but...
Reviewed in the United States on May 28, 2019
Verified Purchase
This is a great little book but, why translate Tengu to demon?
The Japanese word Tengu would have sufficed and made the book better.
It gets frustrating to read due to this, but this is a good book as far as the story goes.
Read more
Helpful
Comment Report abuse

Amazon Customer
5.0 out of 5 stars GREAT READ FOR ANYONE INTERESTED IN MARTIAL ARTS OR EASTERN PHILOSOPHY
Reviewed in the United States on July 26, 2019
Verified Purchase
This book has a lot of insightful short stories for about half and then the sermon for the second half. If you like this kind of stuff you should buy one. At the least you should pick up a few nuggets of wisdom from it. Not a boring read either. I finished it fairly quickly and will probably ready it again after I let the first run sink in a little.
Read more
Helpful
Comment Report abuse

Literary Omnivore
5.0 out of 5 stars An interesting and thought-provoking book.
Reviewed in the United States on February 19, 2011
Verified Purchase
This really isn't about the martial arts except in an oblique sort of way. As with many Asian teachings, these are stories that have layers of meaning and must be reflected upon by the reader. I found them enjoyable both as stories and as teachings. The translator has done a fine job; the stories seem to flow along nicely with no awkwardness from being translated from another language and culture. Highly recommended.
Read more
3 people found this helpful
Helpful
Comment Report abuse

Lars
5.0 out of 5 stars Five Stars
Reviewed in the United Kingdom on January 18, 2016
Verified Purchase
Read this before you read 47 Ronin (or before you watch the movie)
Read more
Report abuse