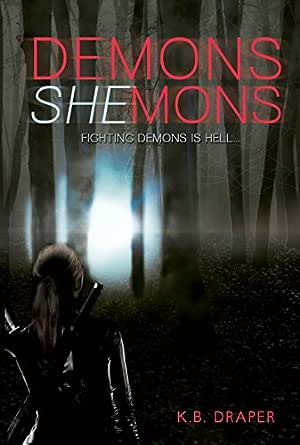 You've subscribed to Demons Series! We will preorder your items within 24 hours of when they become available. When new books are released, we'll charge your default payment method for the lowest price available during the pre-order period.
Update your device or payment method, cancel individual pre-orders or your subscription at
Your Memberships & Subscriptions
There was an error. We were unable to process your subscription due to an error. Please refresh and try again. 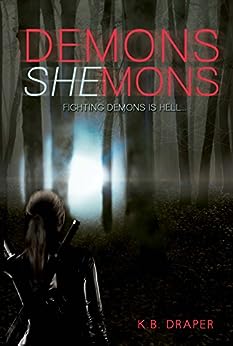 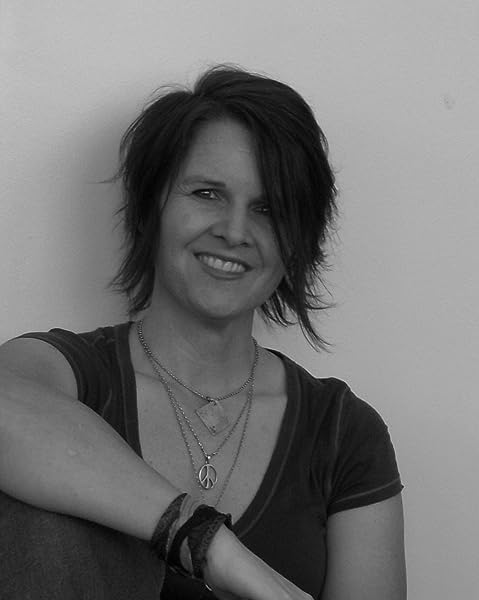 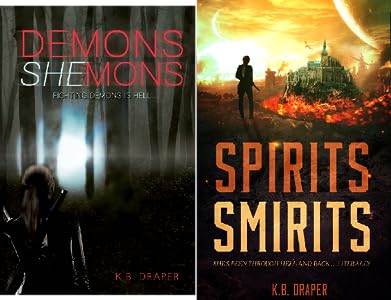 4.7 out of 5 stars
4.7 out of 5
49 customer ratings
How does Amazon calculate star ratings?
Amazon calculates a product’s star ratings based on a machine learned model instead of a raw data average. The model takes into account factors including the age of a rating, whether the ratings are from verified purchasers, and factors that establish reviewer trustworthiness.
Top Reviews

K. Aten
4.0 out of 5 stars 4.25 A funny action-filled urban fantasy romp
Reviewed in the United States on September 10, 2018
Verified Purchase
Demons Shemons by K.B. Draper was a fast book. I wasn’t sure what to expect when I began reading it. The writing style is first person with the main character comes across as two parts Wynonna Earp and one part teenage boy. This didn’t put me off in the least and I found it quite entertaining. One thing to note is that the author doesn’t spend a ton of time providing a lot of backstory about how AJ Mattox, demon hunter extraordinaire, became who she is. That information is kind of sprinkled in throughout the novel. What Draper does do is drop the reader right into the story.

AJ (the woman with a demon hunting Native American spirit inside her) is on a mission in a Mississippi national park. With the help of her sidekick/protector, Danny Whitefang (The rightful heir to the Native American spirit dubbed ‘Norm”), they seem to find more problems than solutions. The local sheriff and daughter to the demon-scented reverend wants to arrest AJ for a murder, while the attractive and highly capable ranger, Ashlyn Park, is begrudgingly on AJ’s side, if only for personal reasons.

Draper did an excellent job of painting the visuals for me of the park, demons, bad guys, the sheriff’s breasts, and even Danny Whitefang. What I was less locked on was the appearance of both AJ and Ashlyn. I know AJ puts her feminine wiles to good use in on instance, then in the next you’re reading about her quirky love of weapons and overall baddassery. (It’s a word because I say so). Perhaps that is where my Wynonna reference came from. And yes, I even imagined Ashlyn a bit like Nicole Haught from the same Wynonna Earp show. (Instead of ‘way-hot’ it would be ‘why-hot’? Who knows but we totally know WHY.) Anyway, I kind of put my own thoughts together on their appearance and you totally should too.

As more and more details/clues/pieces of the puzzle are uncovered it becomes a race to see what happens first. Whether or not they catch the ‘shemon’, or AJ and Ashlyn fall into bed together. Either way it’s going to be a crazy ride. My only complaint? The ending felt a lot like the end of a soap opera cliffhanger. It was a little abrupt but lucky me I bought the second book at the same time as the first and I’ve already started reading it.
Read more
One person found this helpful
Helpful
Comment Report abuse

Ashton
5.0 out of 5 stars Genuinely Witty, Engaging Paranormal Adventure/Mystery/Romance
Reviewed in the United States on January 2, 2017
Verified Purchase
This book was a very pleasant surprise. I've read two of Draper's other books, and while I greatly enjoyed her banter and internal monologues (which is why I bought this book)--I didn't think they were particularly well-written. They had too little payoff in terms of the romance (same "we can't be together so I can protect you" trope repeated a billion times), plodded along with too much back and forth without real plot progress and I just wasn't as interested in the main plot as I should have been. However, this book is a huge leap forward--it's still very smart and genuinely hilarious, but it also actually moves at a good pace and the main plot was much more focused and interesting. The leads had terrific chemistry and a much more satisfying relationship, hitting that tricky balance of immediate attraction but the right amount of buildup/delay perfectly.

Basic plot: Ex-cop and demon hunter, AJ, finds herself in a small town tracking down a demon with her best friend/foil, Danny. She gets tangled up in figuring out two decade old murders as well as trying to protect the locals from the demon that keeps snatching and gruesomely killing people in the present. The local park ranger is the love interest who actually gets to help save the day too, instead of just being the damsel in distress/candy which is nice.

I still ended up skipping a few pages towards the middle where there was too much talking without progress. It's hard to make interviews interesting but not impossible--J.M. Redmann is a master at this. I think part of the trouble here is that AJ actually isn't really solving a mystery so much as just collecting information to complete a story. I think a real mystery would have much more impact. Also, for being a demon hunter--AJ doesn't really kill many demons (if at all actually) during the book which seems like a huge missed opportunity. And as a personal preference, I don't really like plots that center around (spoiler) essentially Satan's baby.

All that said, it was a very entertaining read that is absolutely worth the sticker price. Though I still wish it had a stronger plot, the sheer wit makes it not just a great read, but a repeat read. I will definitely be picking up the next Draper book.
Read more
5 people found this helpful
Helpful
Comment Report abuse

Megington
5.0 out of 5 stars Buy It!!
Reviewed in the United States on July 4, 2017
Verified Purchase
If you are interested in reading this book after perusing the summary, then I absolutely recommend you give it a try! This author is funny, quipy and creative when it comes to telling a highly entertaining story!
The main character can come off as a bit immature, which is usually annoying, but somehow works perfectly for this individual, making you truely care for her! I absolutely love the dynamic she has with her partner, as they have clearly come to think of each other as family. Her relationships with those around her are also fun to read! The attraction she feels for the other woman is beautifully well written, and I love the build up that's bringing them slowly together!
I look forward to the next book and really hope it's not a long wait!!
Side note: (because this is something that worries me with continuing stories) while this does feel like it has a sudden ending, there's no drastically, life-altering cliff hangers!
Read more
One person found this helpful
Helpful
Comment Report abuse

Kindle Customer
5.0 out of 5 stars Awesome
Reviewed in the United States on March 3, 2017
Verified Purchase
Can't wait for the next book. Seriously best I have read in a LONG time. If you like your Shannon Meyer with a side of lesbians and a whole lot more rude humor, you're in for a treat!
Read more
3 people found this helpful
Helpful
Comment Report abuse

l
5.0 out of 5 stars Hfs!! Amazing!
Reviewed in the United States on January 7, 2018
Verified Purchase
Hysterical, awesome. Fast paced. I loved this book. I wish there were 100 more. I'm gonna have to pace myself and hold off on reading the next one so hopefully there'll be another one when I'm done. Please write more stat!
Read more
Helpful
Comment Report abuse
See all reviews from the United States

pat stark
5.0 out of 5 stars Great characters, witty banter, definite favourite!
Reviewed in Canada on June 28, 2018
Verified Purchase
This is the first book I have read of Draper’s and all I can say is all her others are being loaded on my kindle as I type. I started reading this book yesterday for a distraction while sitting in the waiting room before a procedure. From the first page on I was trying to hold in my laughter. Great story line, very entertaining banter. If you enjoy humour in your reading, definitely pick this one up :)
Read more
Helpful
Sending feedback...
Thank you for your feedback.
Sorry, we failed to record your vote. Please try again
Report abuse

Newwa Ewwa
5.0 out of 5 stars Fun, fun, fun!
Reviewed in Germany on January 25, 2017
Verified Purchase
If I had to describe my reading experience in one word, it would be: fun! I loved the writing, loved the storytelling and language. The main character is unlike anything I ever read before: crazy, witty, funny and highly entertaining - at least to me. Definately something different than the usual Story and I really hope there will be a sequel!
Read more
Helpful
Sending feedback...
Thank you for your feedback.
Sorry, we failed to record your vote. Please try again
Report abuse