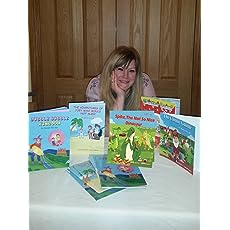 Denise McCabe is a children's book author and blogger. She resides in Dublin with her husband and two children. When she gets time, her favorite pastime is writing and reading with a cup of tea at hand. Her ultimate goal is to see her children grow up in a happy environment and live content, peaceful lives while trying to stay sane in the meantime. 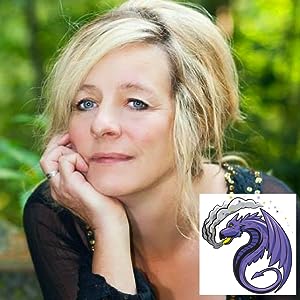 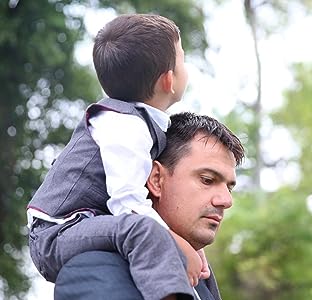 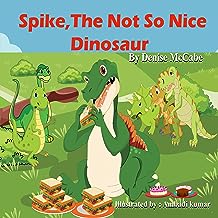 Spike, The Not So Nice Dinosaur (Bedtime Stories For Kids Ages 3-8): Short Stories for Kids, Kids Books, Bedtime Stories For Kids, Children’s Picture Books, Teac Book 1) Mar 7, 2016
by Denise McCabe , Ambadi Kumar
( 20 )
$1.99
Spike the dinosaur had not always been so nice. In fact, not too long ago, Spike was a bit of a mean dinosaur. He didn’t like to share, didn’t understand honesty and didn’t know how to say he was sorry. He loved eating the other dinosaur’s sandwiches. But that was before Mike, the microraptor, showed him what kindness was and how he too could learn to get along and be the good dinosaur friend. Activities included. Available in Spanish also.
Read more
Other Formats: Paperback 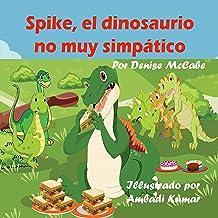 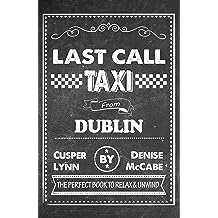 Last Call Taxi From Dublin Nov 18, 2019
by Cusper Lynn , Denise McCabe , Dmitry Yakhovsky
( 3 )
$2.99
We present for your entertainment this story that must be true, because like all true things that have happened in the entirety of history, it starts in a pub. Sharon knew better than to go to a pub in the Temple Bar area of Dublin with Jacinta. An argument with a tourist, a handful of brochures, and the last call taxi from Dublin take Sharon and Jacinta from the world they know into the world that they thought existed only for gullible tourists. With the aid of a Púca, a Leprechaun, and a Banshee Sharon and Jacinta will learn the secret to long marriages, the history of magical beings, and why taxi’s in Dublin always seem to leave you somewhere other than where you asked to go after last call.
Read more
Other Formats: Paperback 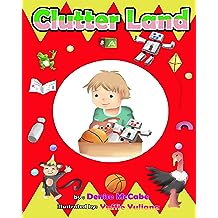 Clutter Land (Bedtime Stories For Kids Ages 3-8): Short Stories for Kids, Kids Books, Bedtime Stories For Kids, Children Books, Teaching Value Book 2) Jun 14, 2015
by Denise McCabe , Yuffie Yuliana
( 10 )
$1.99
Joey does not like to tidy up his toys, and his mother is constantly tripping over them. He just laughs and runs away when he is asked to tidy them up. Things change when Joey gets transported to Clutter Land and he begins to see things differently.
Join Joey on his crazy adventure where he meets silly Jumbles the monkey that loves bananas and Gooey the Frog and Fluster the ostrich that never heard the word ‘tidy up’ (Activities included also) 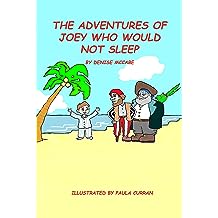 A bedtime story for children
Joey does not like to sleep in his bedroom alone. He will talk and talk all night long, and as a result his mother's ears are getting bigger from the constant chatter.

One night she tells him she used to be afraid of sleeping alone in her bedroom and she gives him some of her magic dust she used when she was a little girl.

Find out about the adventure after he uses the magic dust that brings him to Alphabet Island where he meets some crazy pirates and a parrot that just don't like to sleep!

This is a nice little bedtime story for the early years children that are going through the transition of sleeping in their own bedroom. 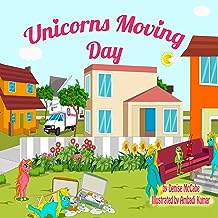 Unicorns Moving Day Jan 15, 2019
by Denise McCabe , Ambadi Kumar
$1.99
Charlene was feeling very sad. Her parents had told her they were moving to a new house. Why were her parents being so mean, what’s wrong with the house they have? She thought. She really did not want to go. She would miss her friends, her house, everything. Charlene gets a brainwave that will surely stop her parents from moving house but things go a little further than expected and the moving days gets quite chaotic. Activities included.
Read more
Other Formats: Paperback 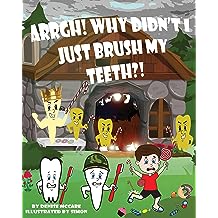 Arrgh! Why Didn't I Just Brush My Teeth?! (Short Stories for Kids ages 3-7, Kids Books, Bedtime Stories For Kids, Children’s Picture Books, Teaching Values Books) Feb 13, 2018
by Denise McCabe , Simon
$1.99
Brian really does not like to brush his teeth. His Mum constantly tells him, “Brian, go brush your teeth or they’ll go bad.” “Brian, have you done your teeth yet?” Brian thinks his Mum is very silly and what would she know anyway, as all he hears is, “Twice, three times a day, after meals, Blah, Blah, Blah.” One day Brian eats a piece of candy he had been hiding from Mum and giggles as he eats it, because silly Mum doesn’t know about it, but he ends up getting caught up in the middle of a bizarre situation that maybe, just maybe he may think twice about what Mum had been saying all along! Activities Included.
Read more 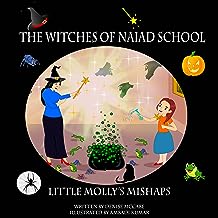 The Witches of Naiad School: Little Molly's Mishaps (Short Stories for Kids, (ages 3-8) Kids Books, Bedtime Stories For Kids, Children Books, Picture Books, Teaching Values Book 1) Oct 16, 2016
by Denise McCabe , Ambadi Kumar
( 8 )
$1.99
Molly is a student in Naiad school for witches. She can be a little bit cheeky sometimes and likes to do things in her own little ways. Molly and her teacher are constantly at loggerheads with each other. One time she made a sunshine spell but it rained frogs for a week! Molly has to take a very important spell exam that will take her to the next level of witchery. If this spell is not done correctly, well it could be a catastrophe. Will Molly follow the instructions carefully or decide to do things her way? A book about the importance of listening. Activities included.
Read more
Other Formats: Paperback 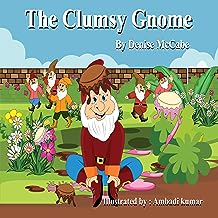 The Clumsy Gnome (Bedtime Stories For Kids Ages 4-8): Short Stories for Kids, Kids Books, Bedtime Stories For Kids, Children Books, Teaching Value Book 1) Mar 7, 2016
by Denise McCabe , Ambadi Kumar
( 6 )
$1.99
Tom is a jolly, clumsy and wonderfully mixed up gnome who lives with his fellow gnomes in their very happy tree home in Raisin House Garden.
It is time for the gnomes yearly Cake Sale and Party, an event that every gnome looks forward to. Each has a part to play, including Tom, though his clumsiness may get in the way.
In the process he will learn that everyone has special talents, and sometimes, those talents can make even the biggest mix up, better. Activities included. 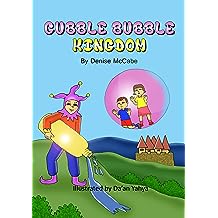 Gubble Bubble Kingdom (Short Stories for Kids, Kids Books, Bedtime Stories For Kids, Children Books Book 1) Feb 21, 2015
by Denise McCabe , Da'an Yahya
( 12 )
$1.99
This is a fun filled magical story about two children Seán and Ava who are having fun playing with bubbles when they get stuck in one and float off to a magical kingdom far away. They meet a king and queen pleading for help because the very silly jester has created a big mess in the kingdom and Seán and Ava are the only ones that can help. Join them on their magical crazy adventure where they work together to help save the kingdom from the very silly jester.
Read more
Other Formats: Paperback