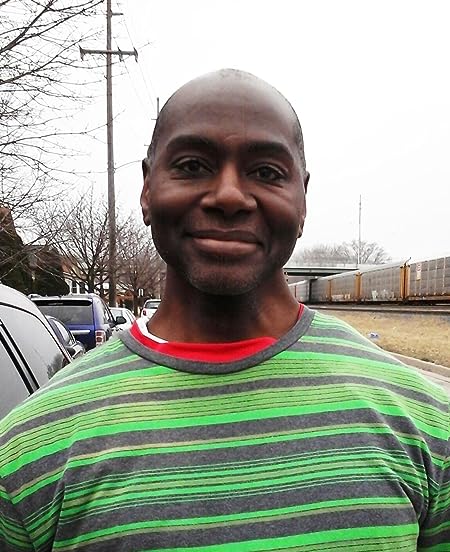 I grew up in Hammond, Indiana with my mother and 15 siblings. My mother was my greatest influence growing up, with her wisest motto being, “It doesn’t matter how you treat me; it matters how I treat you.” My relationship with her and my childhood heroes—people like Dr. Martin Luther King, James Brown, Muhammad Ali, and even Michael Jackson—taught me to keep going long after others would have given up.

In between “regular jobs,” I made a career as a musical and performing artist. I made two releases with my old band, "Lucky Dogg."

I got into publishing, interestingly enough, by helping friends and family through school! Over the years I picked up many time-tested techniques to help myself learn; with that and some helpful advice from my own experiences, I helped several of my nieces and nephews through school. That advice and wisdom became "That’s Smart! How to Improve Learning Habits," which I first released in 2010 to critical praise.

To get the best publishing deal for myself—and for you—I founded Lions Quarter Publishing that same year to release "That’s Smart!," now in its expanded second edition and my other titles, like "The 9/11 Project," "Black on Black," and my new novel, "How to Commit Suicide."

My latest work is inspired by and dedicated to three good friends I lost to suicide—Jay, Jeff, and Graydon. Their loss left a painful wound in me—it took a long time to forgive them for leaving like they did.

I’m working on bringing "The 9/11 Project" to the stage as a dramatic play. Originally, it was meant to be a musical, and I still want to re-release it as one; several works based on music and lyrics I wrote for the "Project" are in the works.

"Black on Black" came from my feelings of anger and frustration with violent crime in our cities—but more with Americans’ blasé attitude towards it, like when a co-worker commented: “Man was meant to kill.” I strongly disagree, and "Black on Black" is my counter-argument.

I’ve got several more projects in the works. For more information, email me at dasmith@lionsquarter.com or write me at 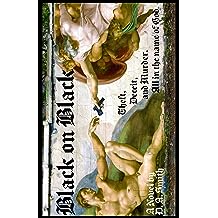 Black on Black is a story, originally written for film, set in Chicago’s deadly streets, when it seemed every day, every time we open a newspaper or turn on the news, another child has been hit by a random gang bullet.

Black on Black is the story of Porsche, daughter of church pastor James Williams—everybody calls him “Pastor James.” She’s young, idealistic, and dedicated to serving the children of Chicago’s troubled South Side. When gang violence hits close to home, she swears no more of her “children” will fall to street violence.
But it won’t be easy—in fact it’ll be downright deadly, as Porsche, Pastor James, and the other people of good heart at the Urban Community Church must face the evil rooted in the very heart of their community—that has taken root in the Church itself!
And not all of them will survive the encounter.

“Mother Bell” is woman with a dark past who has managed to win the trust of Pastor James and the Church elders to become the Church accountant and Pastor James’ assistant. She has learned of a long-forgotten purchase of land by Pastor James and his wife in the Chicago Loop for the Church years ago when it was near worthless, that has since become worth millions.
And everyone will soon have reason to regret the faith they have placed in “Mother Bell.”

“Bishop” is the Church’s bus driver and mechanic for its small fleet of vehicles; he is also “Mother Bell’s” lackey. He also has affections for Porsche that go beyond anything you’d call “proper” or even “healthy.”

“Big Real” is a successful entrepreneur and civic leader. He is also a notorious criminal Kingpin that has somehow never been convicted of any serious charge.

“Gutter” and “Trouble” are incestuous, sexually omnivorous half-brothers, murderous street thugs, psychotic hit men. When “Big Real” wants to eliminate the competition, he calls them in.

The “Kat in the Hat” is a humble street vendor working the Church’s neighborhood. The very day the Church is rocked by a sex abuse scandal, he recognizes “Mother Bell” from his own past. That recognition may cost him his life.

And of course, we have a love story (of sorts): Craig and Layla, two teens in the Urban Community Church youth program.
But in the ghetto young love often has life-destroying consequences—and even if they avoid the pitfalls of becoming parents too soon, will the violent streets allow them the luxury of a future to wait for?

Chicago Police Detectives Warren Andrews and Anne Belinsky have the thankless job of bringing some Law and Order to these streets; but does the Street have its own brand of rough justice?

And a whole community of others, black, white, and other, young and old, rich and poor, good and bad, trying to get through their lives as best they can.

Features lyrics from ten songs of a 22-song soundtrack written by the author.
Read more