You've subscribed to ! We will preorder your items within 24 hours of when they become available. When new books are released, we'll charge your default payment method for the lowest price available during the pre-order period.
Update your device or payment method, cancel individual pre-orders or your subscription at
Your Memberships & Subscriptions 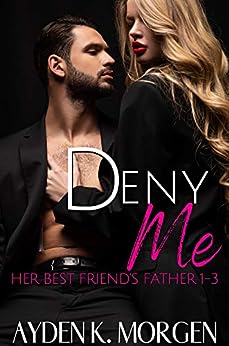 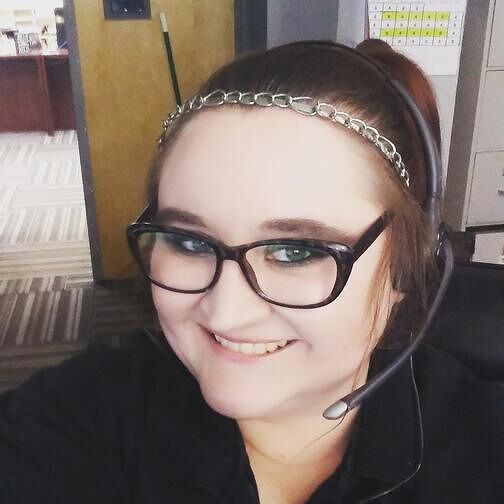 by Ayden K. Morgen (Author) Format: Kindle Edition
See all formats and editions
Sorry, there was a problem loading this page. Try again.

When an ATF agent falls for his daughter's twenty-two-year-old best friend, he'll break every rule in the book to keep her safe from the cartel gang hunting him.

Two weeks. No strings. No commitments.

Those are the terms Mila Lawson offers Roman Gregory when they find themselves living together in Santa Cruz.

With a violent gang gunning for him and a cartel threatening to go to war, the last thing the ATF agent should be thinking about is claiming his daughter's twenty-two-year-old best friend. But after four long years of dreaming about the gorgeous little blonde, once Roman has her, he's not willing to give her up without a fight.

She may be off-limits, but something about Mila calls to him like nothing and no one ever has before. She makes him crave a future he never envisioned for himself…one so much better than he ever dreamed was possible.

To keep her, he'll be forced to face the daughter he adores.
To save her, he'll break every rule in the book.

Nothing will stand in his way.

Not his daughter.
Not the gang hunting him.
Not even the law itself.

Deny Me includes the first three books in the Her Best Friend's Father Saga (Devour Me, Destroy Me, & Defend Me) and over 40 pages of bonus content.

Ayden K. Morgen is the Amazon Bestselling author of the Ragnarök Prophesies series. She lives in the heart of Arkansas with her childhood sweetheart/husband of sixteen years, and their furry minions. When not writing, she spends her time hiking, reading, causing mischief, and building a Spork army.

Ayden writes dark and steamy romantic suspense, most often centered around gang and cartel crimes such as human and drug trafficking. Her books feature alpha male cops with protective streaks, the fierce, independent women who love them, and the difficult, heartrending cases that unite them.

Babel
5.0 out of 5 stars Age-gap romance with intense and hot drama
Reviewed in the United States 🇺🇸 on June 15, 2019
It’s such an unexpected reward to have extra pages about this couple’s journey. This bundle comes with 40 pages extra!

I really enjoyed Mila and Roman's passionate relationship and the intense ways it evolved, so these rounded insights into their future are more than welcome. I love it when an author writes a new epilogue for the characters that have come to mean something to me.

Passion beyond hotness, a string of beautiful and heartfelt moments to cherish, some new action in the investigation and, above all, a sense of real love. Actually, it accents everything that happened in the three parts that comprise this book.

About the novel:
It's about a cop who is in the middle of a cartel investigation which adds an extra thrill to the controversial attraction he feels towards his daughter's best friend. He's quite demanding and I liked that he claims her with such good-rough power. Mila is sweet and determined at the same time. She's trying to come through a bad spell in her life and finds herself secluded on a beach condo with this hunk of a man she cannot resist. They have pretty hot encounters made all the hotter because at the begining they are unsure and trying to steer away from the taboo. He's also much older than her and quite bossy.

I enjoyed the growing intensity of the couple's steamy times, and the danger Roman's job poses in their lives.
Roman and Mila agree to a fling, yet everything becomes much more passionate, primal and emotional than they expected. Yay! I love it when that happens.

It's definitely sensual and altogether passionate. The chemistry between the characters in every intimate scene is riveting.

Roman and Mila get deeper into their illicit relationship, though it has consequences on their feelings. Something this giant cop is having difficulties to deal with. Therefore, there's some drama as she feels a bit rejected. I really liked the way they were unsure how to proceed until they could finally be honest with each other. From that moment on, this wicked hot tale gets tremendously possessive.

They cement their bond up until a crushing disruption in their bubble of love which tests both characters in their determination and what they stand for. I'm nervous as to how they're going to solve that tricky situation, and if Roman's job is going to catch up with him.

The final part of this story is full of ardent passion and daring dangers. Non-stop emotion! It's highly engaging because the love between Mila and Roman feels explosive, yet it's also due to the drug cartel closing in on them in a burst of thrills and fear. Very exciting.

I loved how caring and loving Roman can be while still being so strong and dominating. Swoon.
From the steamy relationship to the furious action, I couldn't stop reading and rooting for this couple. The author has an arsenal of bad things waiting to pour on them. What a rollercoaster!

It's an amazing and heart-pounding mix of danger, evil enemies, courageous acts and beautiful love.

Roman and Mila really earn their happily ever after through blood, sweat and sacrifice. A really worthy finale. The suspense plot still has lots of life in store.

LF
5.0 out of 5 stars Forbidden romance and so much more
Reviewed in the United States 🇺🇸 on August 10, 2019
Deny Me is the complete Her Best Friend's Father series of three books plus some bonus material. I have already reviewed Devour Me, the first book, so I am only reviewing Destroy Me and Defend Me, Books 2 & 3 of the series, .

Mila and Roman are now post the condo lust bubble they had for a couple of weeks when they were all alone (Devour Me). They both recognize that their feelings for each other are more than just lust that a fling can satisfy and that they want to actually be together. So they move into Roman's place in LA. He goes back to work at the ATF and she starts her new job. Mila ends up having to take a job related trip up to Sacramento which is were Talia lives. So does she come clean to Talia, Roman's daughter and her best friend, that she and Roman had a very steamy couple of weeks at the condo and are in a relationship or does she keep it to herself? But Talia suspects that something is going on but what will she do if she finds out, or worse yet confront either her dad or Mila? But there are things happening with Roman regarding the case he is working which escalate the situation and brings tension into the new relationship.

In the final book of the series, Defend Me, the relationships between Mila, Roman and Talia are all in a disarray with everyone upset in different ways. But will Roman be able to address and get back the relationships with his daughter, Talia, and his lover and love, Mila. Add in even more escalation of violence and complications with his case at the ATF and you have a whole world of mess that Roman has to contend with. Plus Mila is targeted and on the run so Roman has to protect her and also hunt down the dangerous and evil people who are after her because of his case.

The entire series of three books, Devour Me, Destroy Me and Defend Me, weave an intense story-line and wonderful characters, both main and supporting, together into a story that is wickedly intense and at the same time a gentle romantic love story of two people who discover each other and their true feelings. The story lines that span the three books is interesting and takes many twists and exciting turns, some expected and some not, while not being completely over the top.