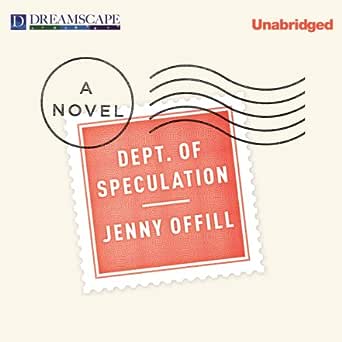 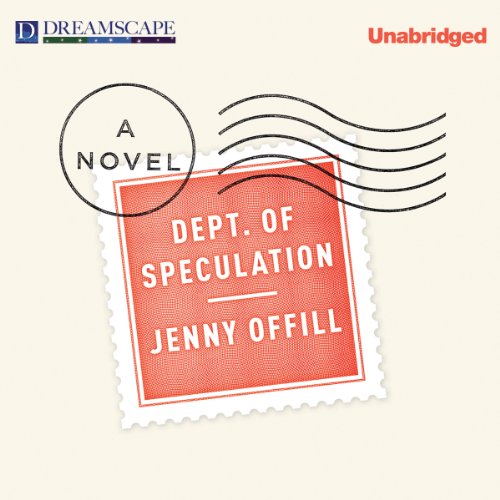 3.9 out of 5 stars
3.9 out of 5
785 global ratings
How are ratings calculated?
To calculate the overall star rating and percentage breakdown by star, we don’t use a simple average. Instead, our system considers things like how recent a review is and if the reviewer bought the item on Amazon. It also analyzes reviews to verify trustworthiness.

NSLacy
5.0 out of 5 stars Unconventional and beautifully written.
Reviewed in the United States on April 27, 2018
Verified Purchase
I loved this book for its intelligent movement from science to philosophy to imperfect humanity. The voice, structure, and content appealed to my reading tastes. It’s not your typical novel. This is fresh. It’s a book I intend to read more than once. My first read was “wow,” and my second read will be to understand how the hell Offill pulled that off.
Read more
32 people found this helpful
Helpful
Comment Report abuse

J. Grattan
VINE VOICE
2.0 out of 5 stars Unappealing to say the least
Reviewed in the United States on January 13, 2018
Verified Purchase
It’s going to take special readers to appreciate this book. If you want short, random, terse, pithy, disconnected statements, several to the page, concerning a marriage and its woes this is your book. However, doubtlessly, many will find the structure and the random thoughts more aggravating than informative. There may be some coherency to all of this but it’s darn hard to discern.
Read more
52 people found this helpful
Helpful
Comment Report abuse

Jeff LeVine
5.0 out of 5 stars Kind of a perfect book & often very funny.
Reviewed in the United States on February 7, 2020
Verified Purchase
The thing that makes this book great is the way it’s written. The plot is extremely conventional (a single woman who dreams of being a great artist, meets “the one,” gets married, has a daughter, loses track of her dreams, then her husband starts to wander), but the way it’s told is so unique and often, especially in the first half, hilarious. The whole book is actually built from tiny observations, almost each paragraph is it’s own tiny little perfect thing. Sometimes it almost reads like a dead-pan stand-up comedian just riffing on whatever is going through their head. I really related to the main character’s somewhat troubled take on the modern world, as she tries to hold on, as she hopes to stay somewhat sane, as she tries to find her way back to herself. The book is filled with great observations, even the seemingly random stuff, quotes stumbled across, facts about the Voyager space mission, all help make the book feel perfectly complete in its complicatedly honest portrait of the challenge of keeping going.
Read more
13 people found this helpful
Helpful
Comment Report abuse

battachan
5.0 out of 5 stars Pure poetry
Reviewed in the United States on May 12, 2018
Verified Purchase
Beautifully written. The wife takes us with her on a fantastic journey through betrayal, fear, freefall, rage, introspection, love, loss and every intense emotion in between.
Painting a picture of raw vulnerability at its peak, this book reminded me just why intimacy is so terrifying, yet so necessary for our growth as humans.
This should be required reading for anyone contemplating marriage, going through a divorce, or suffering a major breakup.
The prose is incredible. The insights are sharp. The lessons are arrows aimed at the soul.

Patricia Ibarra
VINE VOICE
2.0 out of 5 stars What a strange book
Reviewed in the United States on December 26, 2019
Verified Purchase
A story of love, hope, marriage, child, divorce, but very weird. I read raving reviews of it, one of the best books of the year, but I do not find any appeal in loose statements, jumping back and forth with no order. Maybe I am too square, but it is not the type of reading I like.
Read more
9 people found this helpful
Helpful
Comment Report abuse

Amanda Burrier
1.0 out of 5 stars Did not enjoy this book
Reviewed in the United States on September 21, 2019
Verified Purchase
This book had no depth to the story. It was really hard to get into and feel entertained by this book. I also felt that there was very little character development which also made it hard to enjoy.
Read more
9 people found this helpful
Helpful
Comment Report abuse

ladysupermarket
5.0 out of 5 stars So beatiful I underlined most of it
Reviewed in the United States on July 30, 2019
Verified Purchase
I dont quite know how to describe this book. I underlined most of it.
Beautiful prose, so easy to read, that leaves the feeling of not knowing the entirety of what you read but yet understanding exactly the emotion that it's trying to transmit.
I am just going to leave a few beautiful quotes to spark your curiosity:

Patricia S. Burgess
VINE VOICE
3.0 out of 5 stars Communication is the answer!
Reviewed in the United States on January 28, 2020
Verified Purchase
This is a novella meant to be read at one sitting which is easily accomplished. Be aware, the techniques to which you are accustomed in the writing of novels have been thrown out the window. This is a stream of consciousness insight into a marriage of two people who are socially aware and kicking against the pricks of societal expectations. They labor at length over minor issues while allowing some pretty important things to go unattended. Always, they come together in forming opinions on what is acceptable and ridiculous. Amazingly, they survive and florish but at what price. The author at once inspires and poinra out some of our foibles. Good read.
Read more
5 people found this helpful
Helpful
Comment Report abuse
See all reviews

Sasha58
5.0 out of 5 stars Genuine sweetness and light...but not lightweight
Reviewed in the United Kingdom on January 26, 2017
Verified Purchase
I am really puzzled by some of the sneering reviews here, as I found this book to be genuinely moving -- an experimental, which is to say original, approach to what is admittedly an old story, but the reason it's old is that it does happen in life so often. What impressed me was that Offill managed to convey it without exactly telling it, to get the facts across obliquely, since we all know the bare outlines already. But what impressed me even more was that, unlike most experimental novels, or novels with lots of intellectual references, it wasn't some kind of exercise in cerebration; it was suffused with the kind of tenderness you just can't fake. I agree with a previous reviewer that 10:04 and How Should a Person Be? were merely irritatingly narcissistic, but I truly didn't feel that way about this book.
Read more
9 people found this helpful
Report abuse

Pamela Scott
4.0 out of 5 stars A raw and incredibly sad book
Reviewed in the United Kingdom on October 13, 2019
Verified Purchase
After reading this book, I don’t think it quite fits into the category, but hey ho, the end of the year is approaching and I’m not going to start changing things now. I found this book incredibly sad. The marriage of the two main characters is disintegrating and the book consists of extracts from love letters written to each other before they were married and in the early days of marriage before things turned sour. I found it incredibly sad how things gradually started to crumble. The book is funny at times, darkly funny tinged with sadness and regret. I really felt for the characters. I didn’t expect to be some moved by their situation. I’d love to see what else the author has written.
Read more
2 people found this helpful
Report abuse

E.W
1.0 out of 5 stars Don't expect a "Novel"
Reviewed in the United Kingdom on April 21, 2020
Verified Purchase
I know it is not my cup of tea in books. I prefer a story that flows. This one keeps quoting poets and scientists all the time. I know it is what the wife thinks and what is going in her head but the effect of this on my is very off putting. I wish I could get my money back. Nevertheless, the seller was prompt and good.
Read more
One person found this helpful
Report abuse

Lili
5.0 out of 5 stars and recommend to friends
Reviewed in the United Kingdom on March 14, 2016
Verified Purchase
One to read and re-read

Of all the books I read last year, and recommend to friends, this is near the top of my list. It's a tiny novel, but it's packed like a hand-grenade with the thoughts and ideas of a woman whose marriage is in crisis and whose life - initially happy - seems to be unravelling. All this despite the fact it contains some of the elements I find most off-putting about novels written by creative writing teachers: references to students and writing. Added to this is the fact that it is set in New York, a city already obsessed with itself. And yet I was utterly seduced by Offill's needle-sharp observations and the wry hilarity of her style. The protagonist skewers her own self-pity, and in doing so, makes you smile. She is a great comic writer.

Jo VanEvery
5.0 out of 5 stars Fascinating use of form
Reviewed in the United Kingdom on January 2, 2019
Verified Purchase
This is a book about a relationship told from the point of view of the woman. Like so much in women's lives it is fragmented. Parts of it seem like the narrator has dissociated from herself. She starts speaking of herself as "the wife". The form does as much to convey the emotional tenor of the relationship as the words do. Both are used masterfully to convey the arc of a relationship. It doesn't have a neat ending. It does have hope. This book won't be for everyone. But for those it is for, it is a wonderful book.
Read more
One person found this helpful
Report abuse
See all reviews