You've subscribed to Savage Worlds Series! We will preorder your items within 24 hours of when they become available. When new books are released, we'll charge your default payment method for the lowest price available during the pre-order period.
Update your device or payment method, cancel individual pre-orders or your subscription at
Your Memberships & Subscriptions
There was an error. We were unable to process your subscription due to an error. Please refresh and try again. 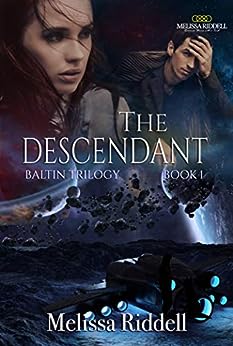 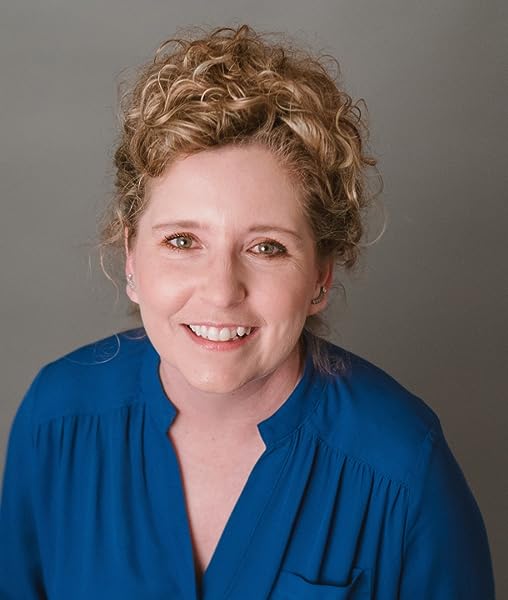 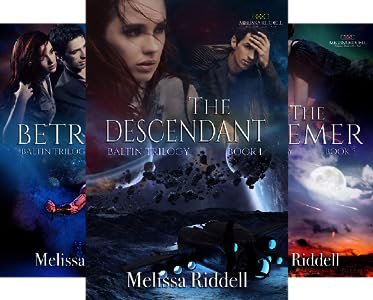 "Readers who enjoy a slow burning romance, full of complications and unexpected surprises, will love this story. It's immersive and very well-written, revealing a rich, realistic world and tight-knit cast of complex, believable characters." -The Book Review Directory

"The first book of a series that promises to be a different take on alien invasion. Fabulous story with a twist I never saw coming! writing is spot on and the characters had me rooting for them every step of the way. I can't wait to read the other two! Definitely following this author!"-Amazon Review "When I began reading this book I wasn't sure if it was something that I would be able to really get into... However, by the first few chapters I was completely intrigued and couldn't stop reading."-Amazon Review "This story is so easy to read, the author did a phenomenal job in assuring readers would be able to understand the characters and get a amazing sense of who they are. I cannot wait to read the second book!!"-Amazon Review "The story is so descriptive, that you truly believe you are a part of it! Jareth sounds absolutely dreamy and throughout the whole story, you find yourself falling for him with Tilly...full of charm, humor, and an unexpected twist, which will captivate you and leave you not wanting to put it down until you get to the last page! CAN'T WAIT for the second book in the series to be released!"-Amazon Review

Kate E.
5.0 out of 5 stars Well crafted tale worth reading
Reviewed in the United States on February 17, 2020
Verified Purchase
Loved the well crafted story. From the humor to the romance to the suspense, I’m hooked and can’t wait for Book 2!
Read more
Helpful
Report abuse

Carey the great
5.0 out of 5 stars Hot guy and a dog....best combo ever
Reviewed in the United States on December 12, 2019
Verified Purchase
6 Stars! Great read and wonderfully written. This book keeps the imagination flowing and tugs at the heart. Ready for book 2!
Read more
Helpful
Report abuse

Dimples
5.0 out of 5 stars Excellent storytelling. You feel like you are right there with them.
Reviewed in the United States on December 3, 2019
When the aliens attack Earth with an EMP pulse taking out all technology, phones television anyway to contact anyone else they don’t, just decimate earth and our defenses,  they insert a virus into everyone  causing billions of people die. What could they possibly want with our earth if they’re totally destroying it?  Only those who are immune are still alive. But what do the aliens want? They have never said and they have never been seen. Just their killer Robots. All they have done is destroyed everything. With the remaining  humans constantly hiding and searching for any edible food, will Tilly find anybody still alive?  When one of the aliens tries to strangle her, she wakes up with a human being, Jareth. Their story can be so funny at times and then intense and then back to funny again. They are just trying to make it together and Jareth is going to help her get to Florida to see if her sister is still alive. I love their back-and-forth banter of the way they get on each other‘s nerves.   Their desire for each other is great, but neither one of them will give in.  And even though they are strangers, they protect each other.  Their entire purpose in life is to stay away from the aliens and stay alive. You will feel like you are running away from danger the entire time you are reading this book. A real page turner. Just waiting to see if the aliens come back. And OMG something happens that will make you gasp and  change everything.  Fantastic. Excellent. Heart stopping. 
Read more
2 people found this helpful
Helpful
Report abuse

Laure Eccleston
5.0 out of 5 stars Falling in love is easy, trusting him isn't.
Reviewed in the United States on November 29, 2019
Tilly Morgan is going to find her sister in Florida, the only family she has left, if she can survive long enough to make it. Two years ago the aliens first attacked with EMPs, but taking out all technology wasn't enough, the followed up with a virus that wiped out at least half of the population of Earth. With no technology, Tilly must walk from Texas to Florida. She meets Kodiak, a mixed breed dog, while scavenging for food, and they continue her journey together. While trying to find anything useful in a truck along a back road she will be attacked by an alien robot, and rescued by a man who calls himself Jareth. Jareth will convince Tilly to let him join her, and Kodiak, when she makes it clear to him that she is going to continue on her quest to find her family. With the alien robot in tow, they will continue her journey, and while Jareth has made it clear that he is very interested in her, Tilly has learned the hard way not to trust. Her heart wants to trust him, but her head is telling her that something about the man she is attracted to isn't adding up.

Wow, action packed and exciting post apocalyptic story with surprising twists in the plot that I didn't see coming. I thought these characters where fascinating and unique. I loved this book, it is an absolutely fantastic page turner, and I couldn't put it down!

I am voluntarily leaving an honest and non-incentivized review of this ARC.
Read more
One person found this helpful
Helpful
Report abuse

Ms. Allubttoa
3.0 out of 5 stars Decent dystopian Scifi, terrible romance
Reviewed in the United States on May 4, 2021
I received a free copy of this book via Booksprout and am voluntarily leaving a review.

I have mixed feelings about this one. It starts out as an intriguing girl with dog against the world story. That part holds up the suspense, mystery and character development pretty well. You can really feel teh MC's struggle in this hellscape world, and she really feels like a real person. Then the love interest is introduced and it all goes to hell. At that point the character's dialogue and feelings don't match with the actual tone of their actions. It was really clunky and unnatural.

For example *Minor Spoiler* The MC meets the LI, who proceeds to help her out of a bind. He does literally nothing suspicious other than choose to help her, and her inner monologue is all about how much of an a**hole he is and how rude he is, and I'm like what? He's said almost nothing to you. Then he actually says something rather crude in a jarring way that doesnt follow his previous actions, and then the MC is like, wow, he's so hot. So when he was being perfectly normal, he's an A-hole, and when he is actually being awful, he's hot.

It's like the LI has tourettes but for random, unsexy sexually-harassing comments. Talking, talking, talking, bam I'd love to put my hand up your shirt. I think the author was going for aggressive alpha male, but only landed on teenage 4chan boy. I DNF'ed at 50-ish percent when I couldnt take the love interest anymore, though I did skip a bit to the end to make sure I wasnt missing anything good. Managed to land on a scene where a character was telling the MC that the Love Interest's terrible behavior and all the murder was actually totally okay and she was being unreasonable for being a bit put out by that. *End Spoiler*

If the book had stayed a scifi dystopian thriller type book where the only male character was the dog, it would have been a much better book. Alas, the terrible romance sank it for me. If you are bit more tolerant of red-flag love interests and clunky relationship buildup, you'll probably enjoy this book a lot more than I did. I gave it three stars for the interesting scifi elements and the strong relationship of the MC and the dog.
Read more
Helpful
Report abuse
See all reviews

Barbara A. Watts
4.0 out of 5 stars The Descendant, good start to this saga
Reviewed in Canada on May 4, 2021
Verified Purchase
The first book in the Savage Worlds Series a very good start to this series, this is a saga so to know what happens to Tilly Morgan, her dog Kodiak, and Jareth. This story has drama, suspense, lies, and two different class of peoples, one human the other Baltin. I found this to be well written and it kept me turning pages. I received a copy of this book via Booksprout and am voluntarily leaving a review.
Read more
Report abuse
See all reviews