Design of Machinery: An Introduction to the Synthesis and Analysis of Mechanisms and Machines 3rd Edition

Sold by ErgodeBooks and Fulfilled by Amazon.
Available at a lower price from other sellers that may not offer free Prime shipping. 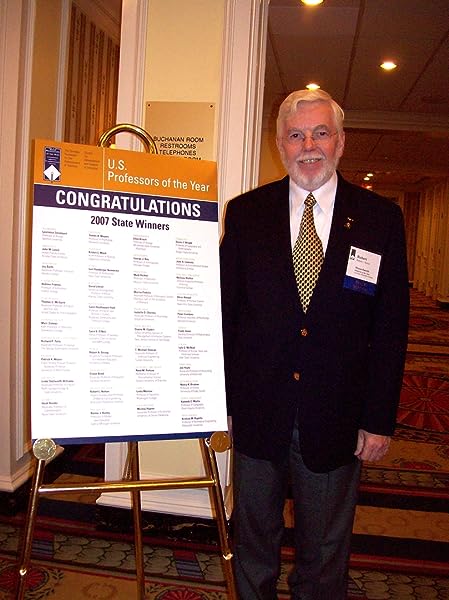 Norton has been on the faculty of Worcester Polytechnic Institute since 1981 and is now Milton Prince Higgins II Distinguished Professor Emeritus. He taught undergraduate and graduate courses in mechanical engineering with emphasis on design, kinematics, vibrations, and dynamics of machinery for 31 years there.

He is the author of numerous technical papers and journal articles covering kinematics, dynamics of machinery, cam design and manufacturing, computers in education, and engineering education and of the texts Design of Machinery, 6ed, Machine Design: An Integrated Approach, 6ed, Kinematics and Dynamics of Machinery, 2ed, and the Cam Design and Manufacturing Handbook, 3ed. Several of these textbooks have been translated into numerous languages. He is a Fellow and life member of the American Society of Mechanical Engineers and a member of the Society of Automotive Engineers. In 2007, he was chosen as a U. S. Professor of the Year by the Council for the Advancement and Support of Education (CASE) and the Carnegie Foundation for the Advancement of Teaching, who jointly present the only national awards for teaching excellence given in the United States of America.

His latest books are not textbooks. One is called Automotive Milestones: A History of the Technological Development of the Automobile. It is aimed at an audience of teens to adults with an interest in cars, how they work, and how they developed over the years. He explains how the major systems of the automobile work, when they were first invented, and how they evolved, without using any mathematics. This book is the result of a lifelong interest in automobiles as a certified &quot;car nut.&quot;

The second is a short memoir of his engineering career titled The Evolution of Engineering in the 20th Century that describes the technological and educational advances that occurred from 1950 to 2000 and how they have improved the practice and teaching of engineering. The author began his career as an apprentice machinist out of high school in 1956. He retired from Worcester Polytechnic Institute as a chaired, distinguished professor of mechanical engineering in 2012. During the early years he worked for several engineering companies large and small, and also taught engineering at universities for 45 years. During his teaching career, he consulted for many engineering companies and kept abreast of their innovations. He did original research in engineering with his graduate students and published scores of technical papers in the literature. He wrote several engineering textbooks that are still in use around the world in several languages. This book tells the story of a technological revolution in engineering and manufacturing that has made American industry a leader in the world.

Julian Gardner
4.0 out of 5 stars Comprehensive scope, methods can be non-intuitive
Reviewed in the United States on March 22, 2008
Verified Purchase
The scope of anaysis methods presented in this book is broad enough that a reader would be able to derive all of the kinematic relationships and determine all forces in designing a piece of machinery. In short, the methods presented typically involve normalizing lengths and distances in a machine to a specific dimension within that machine. Such a method results in equations with terms that are not easily disiphered into a phyisical meaning. The methods do not make intuitive sense. All the same, it could serve as a reasonable reference.
Read more
4 people found this helpful
Helpful
Report abuse

carlos miranda
4.0 out of 5 stars EXCELLENT
Reviewed in the United States on February 14, 2014
Verified Purchase
BETTER QUALITY THAN EXPECTED
I LIKE IT SO MUCH CANT WAIT TO READ IT

Adam
5.0 out of 5 stars Book came fast
Reviewed in the United States on January 31, 2013
Verified Purchase
The book is great came fast ..has the same information as later edition..worked for me cause the professor didnt collect homework .. so its older edition wasn't an issue
Read more
Helpful
Report abuse

N. Agar
5.0 out of 5 stars Good Old Edition Book
Reviewed in the United States on September 12, 2009
Verified Purchase
The book was exactly as had been described and was in perfect shape. It was an old edition but that is why I got it for such a good price.
Read more
Helpful
Report abuse

ScooterBob
5.0 out of 5 stars Excellent text!
Reviewed in the United States on October 26, 2014
This is an excellent beginners text for the understanding of basic engineering and design. It has served me VERY well for many technical projects.
Read more
Helpful
Report abuse
See all reviews