You've subscribed to Orlosian Warriors! We will preorder your items within 24 hours of when they become available. When new books are released, we'll charge your default payment method for the lowest price available during the pre-order period.
Update your device or payment method, cancel individual pre-orders or your subscription at
Your Memberships & Subscriptions
There was an error. We were unable to process your subscription due to an error. Please refresh and try again. 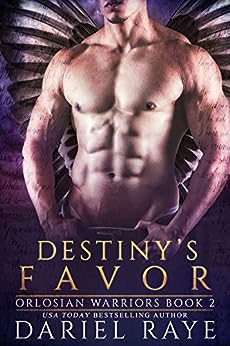 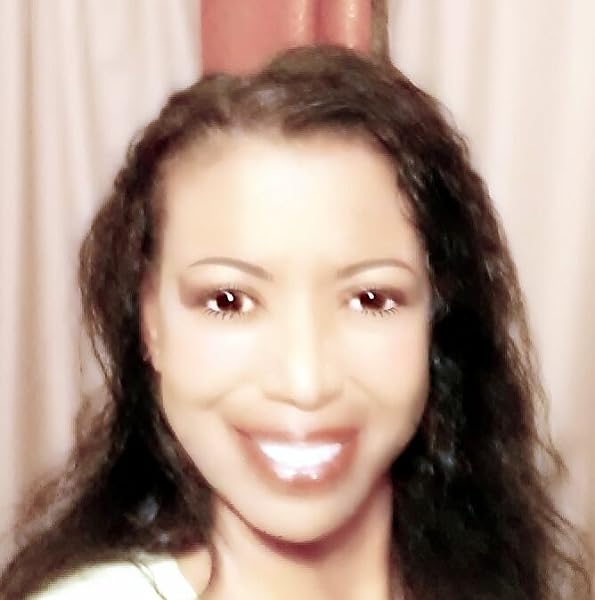 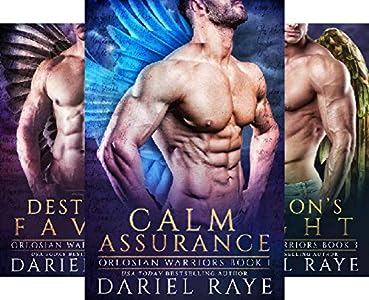 Vivienne Diane Neal
5.0 out of 5 stars An Enchanting Romance Story
Reviewed in the United States on August 3, 2016
Verified Purchase
I enjoyed reading Calm Assurance (Orlosian Warriors Bk. l), so it didn’t surprise me that I would enjoy reading this love story, which centers on a vampire-like immortal searching for a mate, but the woman he finds is his best friend’s girlfriend. The story is so intriguing with its well-defined characters that are lively, friendly, conniving, selfish, and treacherous, opening the door to danger, lust, jealousy, eroticism, and unrequited love, and where nothing is quite as it seems. The plot is jam-packed with drama, lust, conflict, dark secrets and shocking revelations. Readers will love Destiny Carter the sexy, plus-size, feisty, independent, woman who loves her body and makes no apologies for being a Big Beautiful Woman.
Read more
2 people found this helpful
Helpful
Report abuse

Donna Reynolds
5.0 out of 5 stars Fantastic!!
Reviewed in the United States on July 22, 2016
Verified Purchase
Fantastic story! I love how the story is so unique it's always so refreshing to read a book you haven't read by another author, I got hooked on the first part of this story and was so excited to read this part. You won't be disappointed! I am looking forward to many more awesomely unique books in the future.
Read more
2 people found this helpful
Helpful
Report abuse

Mary Barscz
5.0 out of 5 stars Fantastic 2nd book in this series!
Reviewed in the United States on April 17, 2017
Oh man, you know that feeling when you really really love a book and then find out there are more? That giddy feeling is what I got when I started reading this book! It would be beneficial to read Calm Assurance: Orlosian Warriors Bk. 1 before you read this book, as some of the characters do cross over.
In book 2 we meet Destiny, she is such a great female lead, such good qualities, she is looking for the kind of love that only others around her seem to find.
Japheth seems to be an angel, but even angels want a true love. He's been around for a long long time when he meets Destiny. But he's got his work cut out for him if he thinks catching the one girl for him will be easy!
Can he get and keep the girl? You are gonna have to read the book to get that answer!
This is one of those series that you really don't want to see end!
Read more
One person found this helpful
Helpful
Report abuse

Diana Page
4.0 out of 5 stars Not your usual love story !! Get ready to go : Hmmm !!!
Reviewed in the United States on March 14, 2017
Hooked on big, bold beautiful Destiney from the beginning!! Had to warm up to Japheth as he wasn't the nicestof guys , deciding to do whatever it took to make Destiney his, including stabbing his best friend in the back !! Not your ordinary love story , has enough twists to make you go "hmmmm" !! And keep reading it the whole night through, though i do suggest reading Book One first as there is an overlap in some of the characters. 4⭐'s for great characters, world building and being an unusual love story , that starts out with dishonesty and the coveting of a best friends girlfriend. I received a gifted copy of the book and am voluntarily choosing to leave an honest and unbiased review.
Read more
2 people found this helpful
Helpful
Report abuse

AinoKusabi
5.0 out of 5 stars Wonderful Follow-Up
Reviewed in the United States on September 16, 2016
I like a well-written book that can appeal to a broad audience, and Destiny’s Favor is an excellent choice. With romance, drama, mystery, suspense, action and a touch of the supernatural, it drew me in and kept me reading right to the last page. Japheth, a vampiric type being, defects from his people to find his soul mate. It can’t get any more romantic than desperation brought on by unrequited love and decades of yearning. This book is a wonderful follow-up to Calm Assurance.
Read more
2 people found this helpful
Helpful
Report abuse

Juanita E. Arp
5.0 out of 5 stars Good 👍reading
Reviewed in the United States on July 17, 2020
This book has a good storyline, it is filled with action, adventure and intrigue. The interaction and chemistry between the characters was great. I can't wait for more from this author. I received this book as a FREE copy to read and I voluntarily leave this review.
Read more
Helpful
Report abuse

Linda
5.0 out of 5 stars Fast paced and intriguing love story.
Reviewed in the United States on March 15, 2017
Destiny is in a unsatisfying relationship with Robert and he insists they pick his college roommate up at the bus terminal in the wee hours of the morning.
When she sees J she thinks of a panther walking, a beautiful male specimen, lust and conceit. J knows she's his, the one he has been looking for and will fight to stay with her.
Raye has a well written fast paced and intriguing love story. It has twists and turns and so many secrets.
I would highly recommend this story.
I voluntarily reviewed this ARC book.
Read more
Helpful
Report abuse

Raina
4.0 out of 5 stars Great paranormal romance
Reviewed in the United States on March 22, 2017
Great paranormal romance. This story is filled with a lot of alpha males, but the females seem to be able to keep them on the edge. But that is needed to show the males what love is and not just devotion. The females are mostly human women that have been fated to be mates to the males. But sacrifices must be made if they want to keep and prove their love.

The story does get intense at times. It does contain violence and some steam scenes.

I voluntarily read and reviewed a copy of the book.
Read more
Helpful
Report abuse
See all reviews