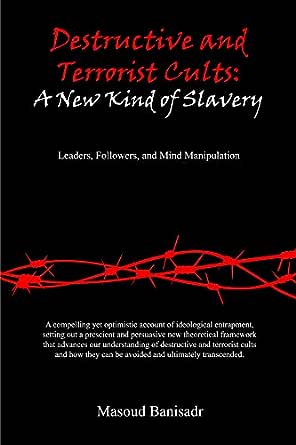 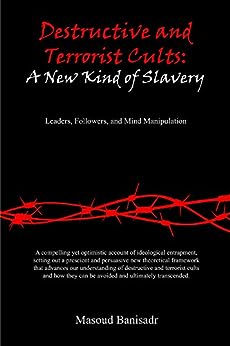 Masoud Banisadr knows cults. The son of a prominent Iranian family, he began his radical political activities in 1978 while pursuing his postgraduate studies in England. The group he affiliated with was the Mojahedin-e Khalq (MeK), a group that played a prominent role in the mass demonstrations and paramilitary activity that led to the 1979 overthrow of the Shah. At first, to recruit new members, MeK supported Ayatollah Khomeini and the new establishment. But, on 20th June 1981, it organized a failed uprising to overthrow the government. Thereafter, MeK changed into a clandestine terrorist group and MeK’s leader, Rajavi, along with many high-ranking members, escaped to France. However, Rajavi, having failed to achieve any of his objectives, underwent a radical transition to become a cult leader. Members of his group gradually surrendered all their powers of independent thinking to his growing megalomania. By the late 1980s, under Rajavi’s ‘Ideological Revolution’, MeK members were compelled to divorce their spouses and abandon their children as well. In 1986, Banisadr became the representative for MeK to UN agencies and human rights organizations, and later their representative in the United States, an unofficial ambassador of the MeK. In 1996, Banisadr woke up, as if from a bad dream, and decided to defect. He was one of the fortunate ones who managed to find a way out. By then, most members of MeK were living in camps in Iraq, collaborating with the government of Saddam Hussein against their own country, Iran. In these camps, the cult leader, Masoud Rajavi and his wife Maryam Rajavi, created their imitation of Iran, complete with a pseudo-parliament and a replica of the Tehran bazaar. And all the members were transformed into devoted, unquestioning servants. Fortunately, Masoud Banisadr was able to leave the cult and regain the intellectual and spiritual freedom that he had forfeited for eighteen years. Through intensive scholarly study and his personal experiences of the cult phenomenon in all its manifestations, Banisadr has created a work of enduring value—a gripping portrayal of the dynamics --This text refers to the paperback edition.