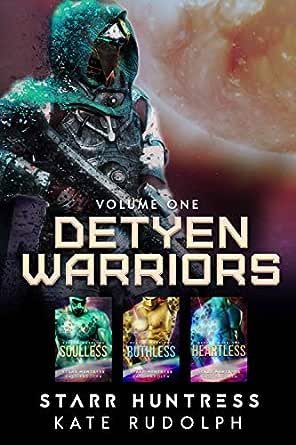 You've subscribed to Detyen Warriors Collection! We will preorder your items within 24 hours of when they become available. When new books are released, we'll charge your default payment method for the lowest price available during the pre-order period.
Update your device or payment method, cancel individual pre-orders or your subscription at
Your Memberships & Subscriptions
There was an error. We were unable to process your subscription due to an error. Please refresh and try again. 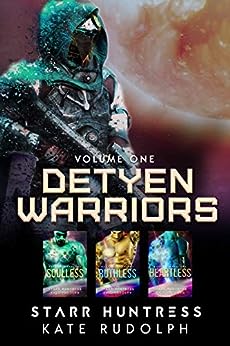 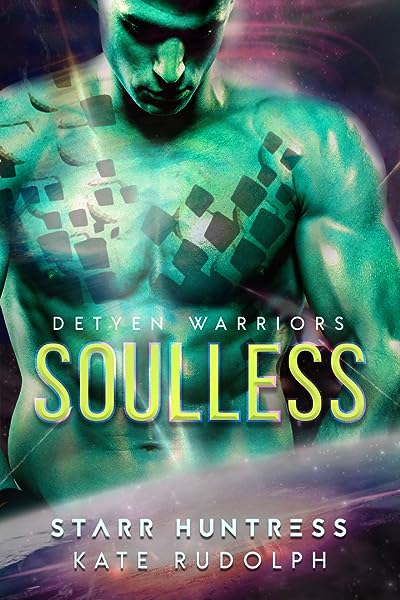 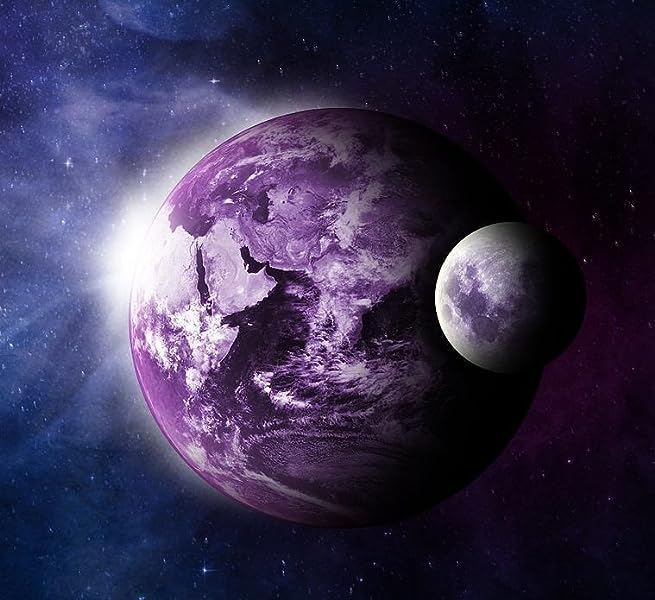 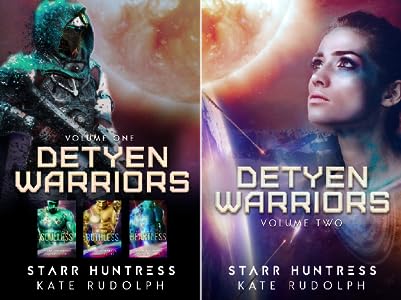 S Lange
3.0 out of 5 stars Cute Stories
Reviewed in the United States on August 11, 2020
I have read several of the books in the Detyen series and I was having a serious case of Déjà vu with these books especially the first one Soulless I could swear I had seen parts of that plot in another one of the stories that I had read, or it maybe that I have read so many of them that they are all beginning to blur.

We have Sierra and Raze in this story. Sierra is the daughter trying to live up to her fathers’ expectations and Raze is a Detyen that gave up his humanity for a longer lifespan. Not only their lives are at stake, but those of their comrades and they must learn to trust each other if they are going to survive. At times the story veered into a bit of silliness with the dialogue and to be honest parts of the plot, but these two at least kept the game playing under control for the most part.

Iris and Toran are the fated pair in this story. There was for me too much cat and mouse between these two and I started skipping pages to get the story to move along. Toran has found his mate in Iris and he can now escape the 30 y/o death sentence that his species has. This one was a bit cheesier than the first story but still had enough to keep me entertained.

Quinn and Kayde are the most damaged of the aliens and humans in this bunch. Quinn is still struggling with her time as a slave, whilst Kayde is a soulless and as such doesn’t register many things like others. These two did well with giving each other some time to heal and come to grips with all that is entailed with the Detyen bond. Quinn and Kayde were fine there were times when things took on a bit of an over the top everything that can go wrong going wrong feel, which became a bit of an eye roll.

The series is a nice step away from reality as long as you are ok with things bordering into the quasi over acting space opera dramaody.

Donna Warren
5.0 out of 5 stars Whoo hoo!!! Dentyen warriors rule !!!
Reviewed in the United States on February 19, 2020
SOULESS:
The old horror legend is true...a Detyen can live past their 30th birthday! But they must do it without their soul, no emotions, no expectations for life. Raze has chosen this path to repay a debt he believes he owes to past Detyens. Sierra is an adopted child of a military general. Her career choice as a spy is not the life her father wants for her and the two continually clash over this subject. On a mission to gather information on a Senator's niece who has been abducted by space pirates/ slavers, Sierra meets an alien to whom she feels an unexpected attraction, a soul deep connection. Raze is on a search and retrieval assignment with two other warriors...find and return a device that may hold the key to what or who destroyed the Detyen planet over 100 years ago. What he finds in addition is his Denya!! Thoughts, emotions and an indescribable feeling of possession bombard him...has he regained his soul because of his mate? Working together, the two groups combine forces to save a dozen human woman from their captors. Raze and Sierra face many obstacles and dangers on their quest to reach their Happily Ever After. This book will keep you on the edge of your seat to the very end... GREAT STORY!

RUTHLESS:
Another fantastic addition to the Detyen warriors line of books. Toran helps save and return a group of women who have been captured by alien slave traders only to be held, pending an investigation by Earth officials. Iris is the investigator assigned to the case but when they meet an instant attraction hits them both like a runaway freight train. Wonderful world building, fantastic characters and a storyline full of action, adventure and danger combine with Toe curling situations, a super hot alien and a strong earth woman to make this an unforgettable story.

HEARTLESS:
I loved this story ! Kayde is a Detyen warrior who has had his soul removed. A procedure that allows one to avoid the Denya Price and live on to fight to protect his people. Quinn is one of of the earth women who were captured by alien slavers, rescued by the Detyen warriors and returned to earth. Kayde, afraid that he may need to be terminated for his obsession for the earth female, embarks on a journey to the Detyen HQ. A suicide mission he's planned to prevent his fellow Detyen warriors from having to end his life. Little does he know that his obsession has accidentally stowed away on his ship. Quinn is hidden away on the ship that rescued her and her companions from the slavers. There to get a momento for one of her fellow abductees, Quinn finds herself in a position of being caught in a place she shouldn't be. Dangerous missions and even more dangerous emotional situations, the two face their fate and their future together. This book has it ALL !! Highs and lows with every emotion known, combined with danger, intrigue and lots of action make this book a great addition to any library.

I received an ARC of these books and I am voluntarily reviewing them without any compensation.
Read more
One person found this helpful
Helpful
Report abuse

TS
5.0 out of 5 stars I loved it!
Reviewed in the United States on March 2, 2020
Great Bundle!
Soulless - Raze has sacrificed his heart and soul to extend his life. Sierra is a spy on a mission. When their paths cross the truth is undeniable. This is a fast-paced read with loads of drama and suspense. I really liked both Raze and Sierra. The story really draws you in with great characters, plenty of emotion and steamy chemistry. I really liked it.
Ruthless - This is the second book in the series but can be read as a stand-alone. Toran has no future or hope, he will die at 30 unless he finds his denya/mate. Iris protects the Earth by investigating threats and reporting them to the Sol Defense Agency and not looking for love. But when fate puts them on a collision course with each other will they be able to resist? I really liked this sci-fi read. Toran and Iris are great characters, with steamy chemistry. The story has plenty of drama and suspense and keeps you entertained throughout. I loved it!
Heartless - This is a great addition to the series! Quinn may be back but she still isn’t over what happened to her. Kayde isn’t expecting to find a denya (mate) of his own be he can’t stop watching Quinn. When he decides to get away and goes on a mission back home, he didn’t expect to find Quinn stowed aboard his ship. This is a fast-paced read with plenty of drama and great chemistry. The story held my interest throughout and the story keeps you thoroughly entertained. A good read.
Read more
One person found this helpful
Helpful
Report abuse
See all reviews

Kindle Customer
5.0 out of 5 stars Detyen Warriors
Reviewed in Canada on August 17, 2020
Verified Purchase
It all starts with fighting against slavers who are partial to human women as sex minions. Then Raze a soulless warrior runs into Sierra and finds he cannot stay away.
Read more
Report abuse

JJ26
5.0 out of 5 stars Great read
Reviewed in Australia on August 31, 2020
Verified Purchase
Great read and great insight into the characters as they overcome their demons together with their fated mates. Set aside some time to read this book set.
Read more
Report abuse
See all reviews