Have one to sell?
Sell on Amazon
Flip to back Flip to front
Listen Playing... Paused   You're listening to a sample of the Audible audio edition.
Learn more
See all 3 images 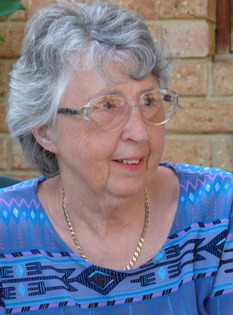 2.8 out of 5 stars
2.8 out of 5
5 customer ratings
How does Amazon calculate star ratings?
Amazon calculates a product’s star ratings based on a machine learned model instead of a raw data average. The model takes into account factors including the age of a rating, whether the ratings are from verified purchasers, and factors that establish reviewer trustworthiness.
Top Reviews

CDH
1.0 out of 5 stars very disappointing
Reviewed in the United States on November 30, 2009
Verified Purchase
Somehow this came up on "recommendations" and it sounded like a great read, so I ordered it. The "Australian-speak" reminded me how much I enjoyed the old Crocodile Dundee movies (i.e. delightful!). Once again I felt that the "down under" blokes and Sheilas must be a fun buncha folks. But that was the limit of my pleasure from this book. Trying to read it was about like trying to walk over a freshly plowed field -- jarring, inconsistent, anything but smooth. By page 100 I was beginning to just hit the high spots, and by 130 I just gave up and read the last 5 pages. Definately not a smooth, interesting, rational style of writing from my perspective. I like the engaging and rational styles of Crichton and Sandford and Patterson and Cornwell (both Patricia and Bernard)-- without any desire to offend Ms. Sutton, AND THE DEVIL LAUGHED felt more like the disengaged and illogical first efforts of a high school student. Definately not a book I'll recommend -- but at least one other reviewer disagrees, proving that there are "different strokes for different folks".
Read more
2 people found this helpful
Helpful
Comment Report abuse

Todd A Fonseca
VINE VOICE
4.0 out of 5 stars Murder in a Small Australian Coastal Town
Reviewed in the United States on November 14, 2009
Recovering from the trauma of her own brutal attack and subsequent personal tragedies, detective Hannah Ford attempts to regain her career and life by going undercover to investigate drug trafficking in a small Australian coastal town. But things quickly become more complicated for Hannah when a local bar maid's body turns up in a newly excavated grave. Convinced these events may be connected, Hannah investigates both crimes in hopes of finding the truth. Unfortunately, she must battle her past demons haunting her every move while the town's killer soon stalks her as their next victim.

For those who have ever lived in or visited a small town, there is something special about the way everyone knows everyone else - their families, their past, their desires, and their secrets. But while the town's residents are inviting to visitors, being able to be truly taken in and trusted as one of their own is quite a different matter. Inherent in these small towns is a mistrust of outsiders especially when something untoward such as a murder takes place. Suddenly everyone clams up concerned that external prying eyes may discover secrets folks would rather have left buried and forgotten. In And the Devil Laughed, Sutton does a marvelous job at creating such a small town. Her characters are wonderfully complex, flawed, and filled with intrigue - each one having their own personal hardships, interests - and more often than not - something to hide. The isolation of this tight knit community further adds to the overall ambiance of this unique mystery.

As in her debut novel, Ferryman, Sutton draws on her sea fairing experience to provide the reader with a sense of realism that can only be achieved by someone having a love and passion for sailing. In Agatha Christie flair, Sutton introduces us skillfully to an eclectic mix of characters each having their own potential reasons for committing the crime. I, for one, was left guessing until the very satisfying and action packed ending.

Sutton's readers will not be disappointed. And the Devil Laughed is an entertaining and engaging read.
Read more
4 people found this helpful
Helpful
Comment Report abuse

Randall Radic
5.0 out of 5 stars A Rollicking Good Read!
Reviewed in the United States on September 17, 2009
In a sense, Carole Sutton - who is the author of the book under discussion - is a little like Jesus. During his First Advent, Jesus wandered around preaching a message of salvation. Whereas Carole - in her delightful first novel, Ferryman - preached a message powerful enough to convert this reviewer, who found crime-fiction distinctively boring, to the pleasures provided by a rollicking `who-dunnit.' Furthermore, according to some, Jesus will return at the Second Advent and kick Satan's butt. Taking a cue from Jesus, Carole decided to make a second appearance too. She's back with another bang-up `who-dunnit.' This one's called And the Devil Laughed. And just like Jesus, it kicks ass.

The plot of the story goes like this: Hannah Ford is a policewoman trying to make a comeback from an emotional double whammy - the recent death of her husband and her own traumatic experience as a rape victim. She takes a job as an undercover cop in a small town, which, so the rumor goes is little more than a depot for drug smugglers. Hannah's job is to determine if the rumors are true. When Hannah arrives at the town, drug smugglers are old history. No one cares about that anymore. What's worrying them now is the rape and brutal murder of a local barmaid. It's this intersection of hysterical trends that sends the story rocketing off with reckless dynamism.

When it comes to telling a story, Carole Sutton is the Mistress of Mechanical Advantage. For she knows just how to do it. She winds the story tight, then lets out a little slack so the reader thinks this might be a good time to take a breath. Just as the reader opens his mouth to inhale, she pulls the line even tighter, almost garroting the hapless reader with breathless excitement. And the Devil Laughed is the textbook example of the raw power of superb storytelling, which is a talent that can't be taught or bought. It's a knack. Either a writer has it or not. Carole Sutton has it!

Some novelists, of course, can tell a story, but where they come up short is in their dialogue. In other words, when the story's characters speak, they don't sound like real people. Instead, they sound like no-talent actors in a really bad horror flick, which was written and directed by some haberdasher from New Jersey, who got the job because his brother-in-law put up the money for the flick. It's called `cultural dislocation.' Which means the author has no ear for conversational idiosyncrasies. This literary disease is usually brought on by proximity. Proximity narrows perspective.

Hooray! Carole Sutton does not have the dreaded dialogue disease. She has DESH, instead. DESH is a musical term - diatonic elaboration of static harmony, also known as the major chord accompanied - appropriately - with a descending bassline. Which means her dialogue is life-affirming. Which is a fancy way of saying that when her characters speak, their speech patterns sound right. There is texture and streamlined organicism. Which means harmony in the conversational universe. And that translates into happy readers.

On a scale of 1 to 5, with 5 being the best And the Devil Laughed hit a factor five on the Read-o-Meter. Even if, like the reviewer, you think `who-dunnits' function best as paperweights, do yourself a favor and read this book. Perhaps you, too, will have a religious conversion.
Read more
2 people found this helpful
Helpful
Comment Report abuse
See all reviews from the United States