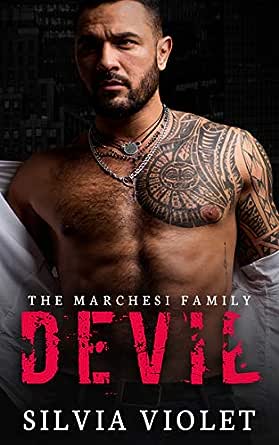 You've subscribed to The Marchesi Family! We will preorder your items within 24 hours of when they become available. When new books are released, we'll charge your default payment method for the lowest price available during the pre-order period.
Update your device or payment method, cancel individual pre-orders or your subscription at
Your Memberships & Subscriptions
There was an error. We were unable to process your subscription due to an error. Please refresh and try again. 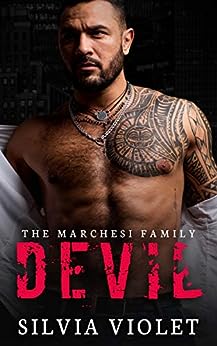 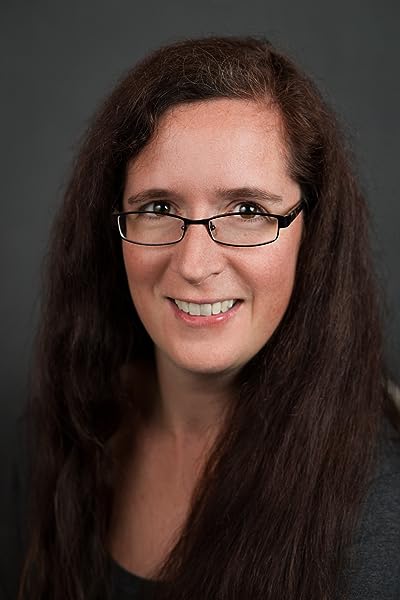 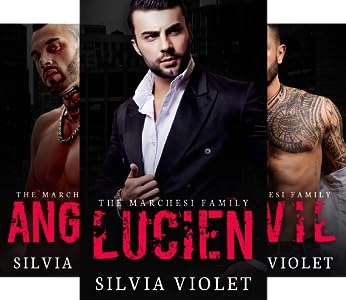 4.9 out of 5 stars
4.9 out of 5
50 customer ratings
How does Amazon calculate star ratings?
Amazon calculates a product’s star ratings based on a machine learned model instead of a raw data average. The model takes into account factors including the age of a rating, whether the ratings are from verified purchasers, and factors that establish reviewer trustworthiness.
Top Reviews

Janet L Hunt
5.0 out of 5 stars I loved Devil and Joe!!
Reviewed in the United States on July 14, 2020
Verified Purchase
I was so excited to read Devil’s story. Devil is an antagonist!! He has a secret he is hiding from his family. He is in love with a cop, Joe. That goes against everything Devil believes. But Joe is different. He is honest, not dirty. Devil gives Joe little hints as to who is dirty. When Joe follows one of those leads it puts him in danger. Devil must call upon his family, the Marchesi’s to help him save Joe. Devil and Joe have great chemistry. This was a hot, steamy story. The sexual tension was so thick. Loved it!!
I am voluntarily leaving a review form an ARC that I received. My reviews are solely based on my thoughts and opinions.
Read more
One person found this helpful
Helpful
Comment Report abuse

JTorleif
5.0 out of 5 stars Excellent
Reviewed in the United States on July 17, 2020
Verified Purchase
Think that Devil and Joe are my favourite couple out of the three Marchesi brothers. I loved that both men knew that they shouldn't be into each other, bit neither man was able to deny the passion between them.

I liked that Joe was able to find a way to be with Devil that didn't involve him shattering his integrity. I like that Devil was able to find a soulmate in Joe and realize how much his family truly loved him.
Read more
Helpful
Comment Report abuse

Mrs Smith
5.0 out of 5 stars Great series
Reviewed in the United States on July 17, 2020
Verified Purchase
I loved finally seeing how things began with Joe and Devil. I'm really hoping this isn't the last of the Marchesi Family. The new spin off series mentioned sounds promising but I love the Marchesis so fingers crossed for more!
Read more
Helpful
Comment Report abuse

CML
5.0 out of 5 stars Another great read!
Reviewed in the United States on July 14, 2020
Verified Purchase
Silvia Violet is one of my favorite authors and she did not disappoint with this book. Devil and Joe had such a complicated history so it was wonderful to see them finally together. Can't wait for the next book!
Read more
Helpful
Comment Report abuse

Porsha Johnson
5.0 out of 5 stars Just wow!!!!!
Reviewed in the United States on July 18, 2020
Verified Purchase
Come on now the list and attraction between Devil and Joe!!! Wow o wow. The kink they are into is sooo hot. The passion is undeniable
Read more
Helpful
Comment Report abuse

OldLadyStauffer
5.0 out of 5 stars Highly anticipated and it doesn’t disappoint! Steam level 11/10
Reviewed in the United States on July 18, 2020
I’ve been dying for Devil’s story since first meeting him. Ina family of ‘bad guys’, he’s the troublemaker, loose cannon, most unpredictable. He’s also fiercely loyal. We saw him take the fall for the ring that was left behind, instead of its rightful owner, Angelo. Angelo is not only Devil’s cousin; he’s his best friend. He didn’t even hesitate. We also get to find out what his problem was with a certain cop. (Fan me now)

Devil and Joe’s paths cross months before the events of book one. Devil needed to let off steam, and nothing was cutting it. He got in two fights, hooked up with a random lady at a club, and even jumped between tall buildings. This need/itch he was feeling wasn’t being met. Then he saw someone was watching him, and he gave chase. When he caught up with the man, he found the ‘danger’ he needed to quench his thirst.

Both men, despite being on opposite sides of the law, filled a deep need for the other one, and it was a lot of fun to read. Steam level 11. There was no damsel in distress. They were both alpha male, all the way.

We got to dig into the inner workings of Devil’s twisted mind, and see a different side to him. He is an interesting character throughout the series. Much like the other books, this book did not disappoint in any way. The writing was spot on, and the storyline was just as engaging as the previous books. I loved every minute of it, and can’t recommend it enough. I also cannot wait for the audiobook to come out.

***I voluntarily accepted an ARC from Gay Romance Reviews. My review reflects my own thoughts and opinions***
Read more
Helpful
Comment Report abuse

Tina (Redzworld)
5.0 out of 5 stars shining star award from redz world reviews
Reviewed in the United States on July 28, 2020
voluntary review of arc
Devil is the third book in the Marchesi Family series by author Silvia Violet. I loved this story. It is my favorite so far. This story is written in dual POV. I loved that, I really got to be inside of Devil’s head and feel what he was feeling. I would suggest reading this book in order. People we know and love appear in this story and knowing a little about Devil before this story helps. Especially his relationships with his friends and family.
Devil: Personally I have been dying for his story. He is loyal, a tad crazy at times. A risk-taker. But he has a huge heart. He would die for those he loves.
Joe: he is a cop. But he likes living on the wild side too. He is perfect for Devil. Honestly, they are two halves of a whole. He is passionate, likes a hint of danger, and loyal.
I loved these two strong men together. They both are very much alike and very passionate. The heat between these two is scorching hot. I loved this story. I cannot wait for more stories from this series in the future. If you like your romance with a little edge and danger I highly recommend this one. This series keeps getting better and better.

Devoted❤️Reader
5.0 out of 5 stars New Heights
Reviewed in the United States on July 14, 2020
Life is full of the most gorgeous shades of gray and none more so than Devil and the Marchesi family. Even when people *cough Devil* are stubborn, the family is by their side. “All you need to know is that I’m not going to walk away from you, even if you try to arrest me.” So many parts of this book warmed my heart but none more so than when Devil and his cop opened their hearts to each other. They couldn’t be more opposite if they tried—and believe me they tried a lot of things—however, their contrasts click.

Though, Devil and his cop do have some very fiery things in common, like call-out-the-fire-brigade hot. I loved how they constantly fought for dominance no matter which side of the fight they were on and yet, they always found ways to take care of each other and put each other first. When you are loved by a Marchesi, you inherit an incredible family and when I read these books, I feel like a part of it too. You won’t need to compromise to fall in love with Devil, his cop, or this series.
Read more
Helpful
Comment Report abuse
See all reviews from the United States