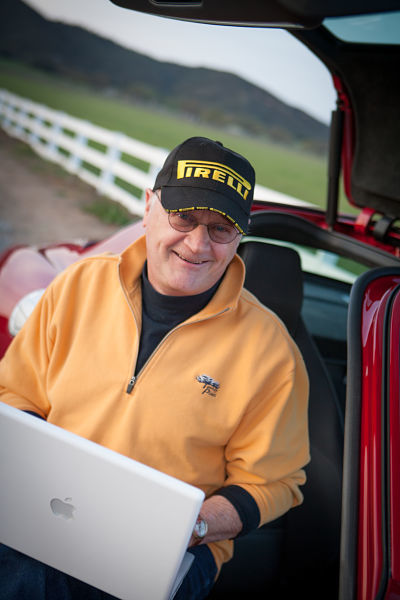 ..".an intense and intriguing tale...set in a world of gangsters, sports enthusiasts, gamblers, and a father who's willing to sell his soul to save his only son, it will keep you riveted from the very first page." Pepper O'Neal, author of the award-winning Black Ops Chronicles series.

"Brier likes to mess with your head and, bless his twisted little heart, he's darn good at it. Anybody who says they know where this book is going even twenty pages from the end is either lying or deserves his own psychic hot line." Dr. Bruce Kautz

The Devil Orders Takeout will have readers on the edge of their seats as they race towards the surprising yet satisfying end… great character development. First-rate plotting keeps Brier’s tale full of suspense…
—RT Book Reviews 4.5 Top Pick

In The Devil Orders Takeout by Bill A. Brier, Grayson Bolt’s wife and son are killed in a mysterious automobile accident, which Grayson is sure was not an accident at all, but murder.

To protect his only remaining son, Grayson makes a deal with a mob kingpin and turns the boy into a golf prodigy, hoping to make him too valuable to kill. Becoming obsessed, Grayson runs the risk of ruining not only his own life but his son’s as well.

Filled with well-developed, realistic, and engaging characters, the story will catch and hold your interest from beginning to end.
—Taylor Jones

The Devil Orders Takeout is the story of a good man who makes a number of bad choices, resulting in tragic consequences. Grayson Bolt is a well-known tax attorney, a devoted husband and father, and an avid golfer.

When his wife and oldest son are killed in an automobile collision, Grayson goes to extreme measures to protect his youngest and only remaining son from a similar fate.

Convinced that his wife and child were murdered, Grayson works tirelessly to turn his younger son into a golf pro, hopefully making him too important, well-known, and valuable to kill. This goal becomes an obsession that has tragic consequences on both Grayson’s life and his son’s.

The Devil Orders Takeout is a tale of greed, corruption, and revenge—a chilling, thought-provoking story that will have you turning pages as fast as you can.
—Regan Murphy

Start reading The Devil Orders Takeout on your Kindle in under a minute.

Michael Marino Hale
5.0 out of 5 stars there are good and bad guys
Reviewed in the United States on July 26, 2017
Verified Purchase
ONE HELLUVA RIDE!

I give Brier five stars for the same reasons someone else tagged him with two. Yes, the book is similar to riding a roller coaster. Yes, you will not know who will win in each chapter. Yes, the book’s crammed full of twists and turns. And yes, there are good and bad guys, all of which are incredibly entertaining. Anyone starting this book will definitely read on to the surprising—and greatly satisfying—end.

I just pre-ordered Brier's second book, and if it's half as good as the first, I won't be disappointed.
Read more
5 people found this helpful
Helpful
Comment Report abuse

pamela markham
5.0 out of 5 stars COULDN'T PUT IT DOWN!
Reviewed in the United States on May 20, 2017
Verified Purchase
As a woman, I was surprised how much I enjoyed this book. It’s not about criminals, though they do appear, often in funny ways. The story is about sacrifice and love.

This superbly written story starts with a tax lawyer who gets in trouble with a gangster. The author shows us early on just how awful the gangster is, and when he threatens the lawyer’s son and the son’s girlfriend (who’s got brains galore), the story turns into a nail-biting adventure that keeps going until the last page. And with a twist I could never have imagined.
Read more
3 people found this helpful
Helpful
Comment Report abuse

D. O'Neille
5.0 out of 5 stars The Devil Orders Takeout will put Bill Brier in the Who's Who of authors!
Reviewed in the United States on October 4, 2017
I have read that this novel is a wonderful thriller. Great suspense. And for the happily-ever-after fans, there’s a few encouraging reviews out there for you as well. But to call this book a suspense novel, romantic suspense, or a thriller would be selling it short. Yes, romantic suspense lovers are going to grab a quilt and curl up with this one, except for when they are sitting stiffly at the edge of their seats. But this book is more than suspense, more than a thriller, more than “let’s fall in love.” Between death by mobster and run for your life, Brier has woven the intricacies of a family drama into this novel. For the main character Grayson, Brier didn’t stop at giving him the little task of self-discovery. No, this author brought us to our knees in tears when he blends the kind of tragic “discovered too late” realization of mistakes most often found only in literary works.
I enjoyed the thriller aspect of the novel, loved the romance, and pondered the literary realm of Grayson's world. Though I understood some of his rationale, I despised the kind of father he was. And yet he wriggled his way into my heart so that I felt sorrow for him, sorrow that he was so blind for too long, and a worse kind of blindness than that which afflicted his son. It’s a good read, and I’d recommend it to anyone.
Read more
2 people found this helpful
Helpful
Comment Report abuse

sunshinehdfan
5.0 out of 5 stars A really Great read about the mob
Reviewed in the United States on July 26, 2017
A great book about getting involved with the mob and all the consequences that come from that. This book had great characters, a great story line and a great ending. I was thrilled to read this book. Great job!
Read more
2 people found this helpful
Helpful
Comment Report abuse

paul sinor
5.0 out of 5 stars A great summer read
Reviewed in the United States on May 17, 2017
The author take the reader to a place not often seen in mysteries. His knowledge of both that world...read it to find out...and the mystery genre keep you guessing as to what's going to happy and to whom. It's got enough twists and turns to keep you guessing to the completely unpredictable end. An excellent read.
Read more
3 people found this helpful
Helpful
Comment Report abuse

Amazon Customer
5.0 out of 5 stars Wild Ride!
Reviewed in the United States on August 15, 2017
What a page turner! I do enjoy a good mystery now and then, and this book did not disappoint! It was a wild ride from start to finish with unexpected plot twists. The story is well written and perfectly structured. I definitely rooted for the main character, Grayson Bolt. The other characters are intriguing and well developed. I look forward to reading more from this author.
Read more
2 people found this helpful
Helpful
Comment Report abuse

Edith
5.0 out of 5 stars Don't serve the devil
Reviewed in the United States on June 8, 2017
What a thrilling story. Brier pulls no punches, but there are some funny, light-hearted moments as well. A real page-turner. I found it hard to put the book away even when urgent matters needed my attention.
Read more
One person found this helpful
Helpful
Comment Report abuse

Jesicah Grossman
5.0 out of 5 stars LOVE! LOVE! LOVE!
Reviewed in the United States on May 22, 2017
The book is meticulously plotted, with a great voice, and a different structure. As you get into it, you understand why Brier structured it as he did. Without using any spoilers, I will say that surprises abound, and the final chapter is awesome---even through the last paragraphs to the final line in the book.
Read more
2 people found this helpful
Helpful
Comment Report abuse
See all reviews from the United States