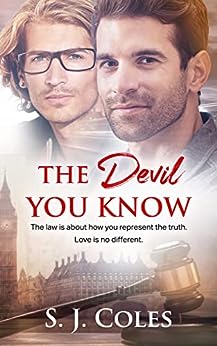 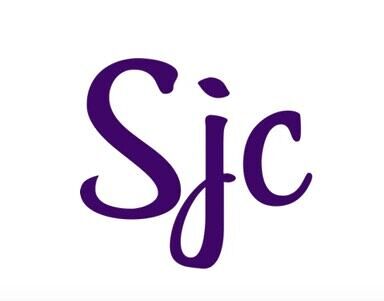 The Devil You Know Kindle Edition

by S. J. Coles (Author) Format: Kindle Edition
See all formats and editions
Sorry, there was a problem loading this page. Try again.

The law is about how you represent the truth. Love is no different.

Hilary Whyte believes that he has left his teenage troubles—and the person who embodied them—in the past. He has spent a decade building his career as a defense solicitor, believing that despite his troubled past, even the worst human beings deserve justice.

Now he has a promotion on the horizon as well as a fairytale wedding to his film star fiancé. On paper, life couldn’t be better.

But now he is being made to represent Dom Gosford, the boy who made his adolescence a living hell, on a double murder charge, and Hilary can’t be sure he is innocent. As the trial approaches, the two men are forced to travel a road of discovery, only to find that the truth of their connection goes much deeper than the question of who killed Lizzie and Dean Wood.

S. J. Coles is a Romance writer originally from Shropshire, UK. She has been writing stories for as long as she has been able to read them. Her biggest passion is exploring narratives through character relationships.She finds writing LGBT/paranormal romance provides many unique and fulfilling opportunities to explore many (often neglected or under-represented) aspects of human experience, expectation, emotion and sexuality.Among her biggest influences are LGBT Romance authors K J Charles and Josh Lanyon and Vampire Chronicles author Anne Rice. --This text refers to the paperback edition.

S. J. Coles is a Romance writer originally from Shropshire, UK. She has been writing stories for as long as she has been able to read them. Her biggest passion is exploring narratives through character relationships.

She finds writing LGBT/paranormal romance provides many unique and fulfilling opportunities to explore many (often neglected or under-represented) aspects of human experience, expectation, emotion and sexuality.

Melinda Mallon
5.0 out of 5 stars Enemies to Lovers
Reviewed in the United States on May 25, 2022
Verified Purchase
Hillary and Dom knew each other at school but were sworn enemies. Fast forward several years, Dom is accused of milder and Hillary is the best solicitor to help.
I liked this book because on top of the romance, you got the mystery. Both were excellent and I highly recommend this book.

avidreader4ever
5.0 out of 5 stars revisiting the past
Reviewed in the United States on May 25, 2022
Hilary Whyte has moved forward from the past, he thought, building a successful career as a defense attorney and settling into what seems like a good life with his partner. He does not anticipate meeting up again with Dom Gosford, someone he went to school with and one of his bullies from that period, as a client in need of a skillful solicitor when he is accused of murder. Neither expects that meeting under these intense circumstances will change both of their lives, and not just because of the case that they are both involved in. Being around and and then with Dom makes Hilary take a good look at what he thought was a satisfying relationship. Dom is wealthy and his wealth has protected him over time and he does not at first seem like a character I would like or root for. But as we get to know him over the course of the book he seems more flawed than evil and in need of a change which his reunion with Hilary offers a chance for him to live differently and better for him if he can get out of his present trouble. I really enjoyed this peek inside the English legal system as well as the evolution of these two characters. Neither was living a fulfilling life for him but each has a complex journey to make to get to someplace that will give them a chance to do just that.
I received an ARC from GRR for an honest review.
Read more
One person found this helpful
Helpful
Report abuse

Anne
5.0 out of 5 stars A gripping read.
Reviewed in the United States on May 24, 2022
I get so excited when I find a new author that excites me so much. This book had me gripped from the word go. A new to me author and one I would like to read more from, especially if her books follow the style, vibe, mystery and romance as this one.
My passion has always been reading romance and to a slightly lesser degree, watching crime shows and movies on TV. Always trying to play detective through to the trial to sentencing.
S.J. played me like a fiddle, throwing in the steam and love confusion keeping me turning pages to catch the guilty.
The troubled relationship between Hilary and Jasper when all the time I was shouting it was a mistake, to the sparks between Dom and Hilary originating from school days. This is what kept me on a second string as I just had to know how this would pan out.
As for the other characters? They all played their role brilliantly. In fact this book is ideal to be brought to life on the screen.
Read more
One person found this helpful
Helpful
Report abuse

Vols77
5.0 out of 5 stars Intriguing book
Reviewed in the United States on May 25, 2022
If you like a book with intrigue, mystery, love, romance, and forgiveness this is the book. It has so many themes in it for the reader to ponder and process. It is captivating and I read it in one sitting. The main characters are strong. Hilary is a defense solicitor and Dominic is his new client, and of course they have a history as Dominic was the man who made Hilary's life difficult in school. This book does a great job at revealing how past events no matter how much you bury them, ignore them or put them to rest, always have a way of popping back up impacting your life. Well written, great balance of mystery and romance for these men who go from friends to more. One other thing I loved was learning about the English legal system described so vividly I feel like I totally have been educated on it as I read the book. I did receive an ARC and leave this honest review.
Read more
One person found this helpful
Helpful
Report abuse

AT
3.0 out of 5 stars 3.5 stars- Good legal drama
Reviewed in the United States on May 31, 2022
I really enjoy romantic suspense but haven’t had the opportunity to read many m/m legal dramas. Considering I’ve liked this author’s other books, I was pretty excited about The Devil You Know. Overall, this ended up being a bit of a mixed bag for me. The legal elements and suspense are done well, despite the surprise revelations not being all that surprising. I also found the idea of the bullied kid representing his tormentor. Unfortunately, the romance wasn’t quite a win in my eyes.

Hilary and Dom are interesting, dynamic characters. I liked their backgrounds and how they both struggled with their own insecurities. I also thought their shared history made for an intriguing conflict to drive the plotline. Despite liking elements of both men, I failed to completely connect with either man.

I think the lack of investment made the romance all the more difficult for me to accept, and with two major romantic conflicts to overcome—cheating and a history of bullying—I found myself repeatedly questioning this couple’s stability. Although I wouldn’t say cheating in a romance is a hard no for me, there are times it distances me from the couple, and that was the case in The Devil You Know. On top of that, I never felt that full reconciliation cemented between Hilary and Dom over their shared past. Sure there was an explanation, and I felt Dom’s character demonstrated growth and understanding, Hilary’s quick acquiescence felt too easy and convenient. I guess considering all the drama and conflict in this story, I would have preferred it be hammered out a bit more so I could really root for this couple. As it stood, I simply never fell for this couple or had a strong desire to see them reach their happily ever after. All that said, I will say that especially toward the end of the book, I could see how Hilary and Dom made sense as a couple, so I’m certain other readers may enjoy these two more than I did.

The Devil You Know is a solid legal drama that I think plenty of readers who don’t mind some angst, conflict, and blurred lines in their romances will like.
*** Copy provided to Bayou Book Junkie for my reading pleasure, a review wasn't a requirement. ***
Read more
Helpful
Report abuse
See all reviews

Char
5.0 out of 5 stars great book, exciting and suspenseful
Reviewed in Canada on May 28, 2022
Verified Purchase
Okay.... first of all - S.J. Coles is one of my fave authors in this genre. Their books are an automatic purchase for me. This one I particularly liked!

The action picks up quickly in this story and I was hooked within a very short number of pages. There's a sort of suspense to it that really worked for me.

Main character Dom has been charged with murder. He's a rich playboy with a bad reputation that leads many to assume he's guilty. He engages the law firm at which Hilary works... Hilary who was bullied mercilessly by Dom when they were both in school.

Reluctant and yet...willing to prove he's moved on with his career as a lawyer and his actor fiancé, Hilary takes the case.

Oh but things get juicy at this point! There are things that Dom won't talk about ... where was he the night of the murder? Why won't he talk about it? Why is it so important to him that Hilary believe he's innocent?

Their past may be complicated, but the present becomes equally complicated for these two men very quickly.

I absolutely enjoyed this one! I was even late for work because I couldn't put the book down. It's super engaging, has a great plot, the perfect chemistry and I loved it!

Be aware: There is infidelity in this book.
Read more
Report abuse
See all reviews