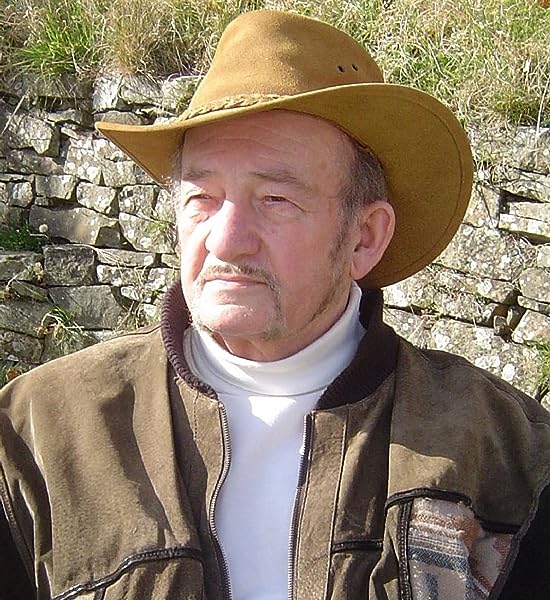 by D K Wilson (Author)
4.5 out of 5 stars 65 ratings
See all formats and editions
Sorry, there was a problem loading this page. Try again.

The third book in the acclaimed series of Thomas Treviot Tudor crime thrillers - Based on REAL TUDOR CRIME RECORDS.

In the steaming summer of 1549 two men languish in the Tower of London. William West is accused of attempted murder. Robert Allen is under investigation for dabbling in the Black Arts. Meanwhile, England is in the grip of rebellions against the boy king, Edward VI. The connections between these facts remains a mystery.

London goldsmith, Thomas Treviot, is sent by his patron, Archbishop Cranmer, to discover discreetly what connections West has with leading figures at court. But Thomas has problems of his own: his teenage son has gone off to Norwich to join rebels led by Robert Kett. Trying to find his son and please Cranmer, he is plunged into dangers from peasant mobs, London gangsters and political chicanery, not to mention an enemy wielding occult power...

Once again, D.K. Wilson bases his story on documented facts in order to evoke the feverish atmosphere of 1549's 'summer of discontent' in which magic was as real to people as mob violence and political scheming.

'Derek Wilson is a fine historian - and he can also tell a gripping story. This is historical fiction at its best, effortlessly underpinned by a wealth of research by a writer whose understanding of the period is profound.' - Alison Weir, author of Katherine of Aragon, The True Queen

D.K. Wilson is an historian and expert on the Tudor period. He is the author of the Tudor mystery novels 'The First Horseman' and 'The Traitor's Mark', both of which star a young goldsmith called Thomas Treviot.

As Derek Wilson, he has published a range of acclaimed non-fiction books on Tudor England and Henry VIII, including 'The Plantagenets: The Kings that Made Britain' and 'The English Reformation: How England was Transformed by the Tudors'.

Amazon Customer
5.0 out of 5 stars Great Book
Reviewed in the United States 🇺🇸 on June 19, 2019
Verified Purchase
I loved this book and the author is terrific at making you feel the atmosphere of old England. It was a thriller to the end.
Read more
Helpful
Report abuse
See all reviews

KLH
3.0 out of 5 stars Riddled with typos!
Reviewed in the United Kingdom 🇬🇧 on December 9, 2016
Verified Purchase
I found this book to be a little disappointing in comparison to the first two books. It was a little hard going to read with the plot seemingly jumping around a fair bit and not easy to keep up with. I found I'd have to re-read a few pages before where I'd left off to catch up with the story.

The biggest disappointment for me however is that the book is riddled with typos and grammar errors! Whoever was meant to proof read this before going to print did a lousy job. On one occasion there were 3 errors on one page alone!
Read more
Report abuse

timtim.com
4.0 out of 5 stars A Great Read
Reviewed in the United Kingdom 🇬🇧 on October 19, 2016
Verified Purchase
Going one better than the C. J. Sansom’s Shardlake series and penned with the force of a Robert Harris narrative, D. K. Wilson’s Devil’s Chalice is the 3rd historical novel with the charming and adventurous Goldsmith Thomas Treviot and his household of characters as they unravel royal plots and sedition in Tudor London. This historical thriller pushes all the right buttons and gallops through the fall of 1549 intrigue towards a “courtroom drama” finale in the King’s Privy Council. A great read!
Read more
2 people found this helpful
Report abuse

Ali
5.0 out of 5 stars A wonderful mix of checkable fact and exciting fiction.
Reviewed in the United Kingdom 🇬🇧 on May 29, 2018
Verified Purchase
I enjoyed both of the first two books in this trilogy following a goldsmith, Thomas Treviot who inadvertently becomes caught up in political intrigue. I found the Devil’s Chalice fascinating because, as with the first two stories, the history is incredibly accurate and, therefore, the plot is believable. I love the mix of checkable facts with fictional characters, who are written in such a way that it matters to me what happens to them. An excellent read.
Read more
Report abuse

Sooze
4.0 out of 5 stars A good read
Reviewed in the United Kingdom 🇬🇧 on February 7, 2017
Verified Purchase
I like this series. The author knows his stuff and I found myself drawn into his characters. As well as being a good story it's also interesting historically so I look forward to more in the series.
Read more
Report abuse

KAREN CARMICHAEL
5.0 out of 5 stars The devils chalice
Reviewed in the United Kingdom 🇬🇧 on July 20, 2019
Verified Purchase
This was a present for my husband
Read more
One person found this helpful
Report abuse
See all reviews