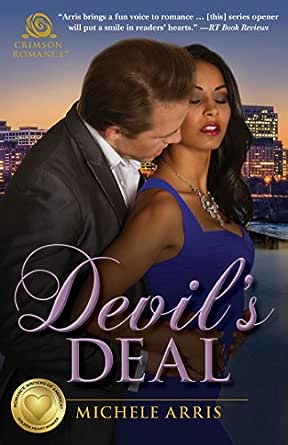 You've subscribed to Tarnished Billionaires! We will preorder your items within 24 hours of when they become available. When new books are released, we'll charge your default payment method for the lowest price available during the pre-order period.
Update your device or payment method, cancel individual pre-orders or your subscription at
Your Memberships & Subscriptions 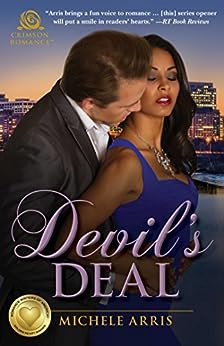 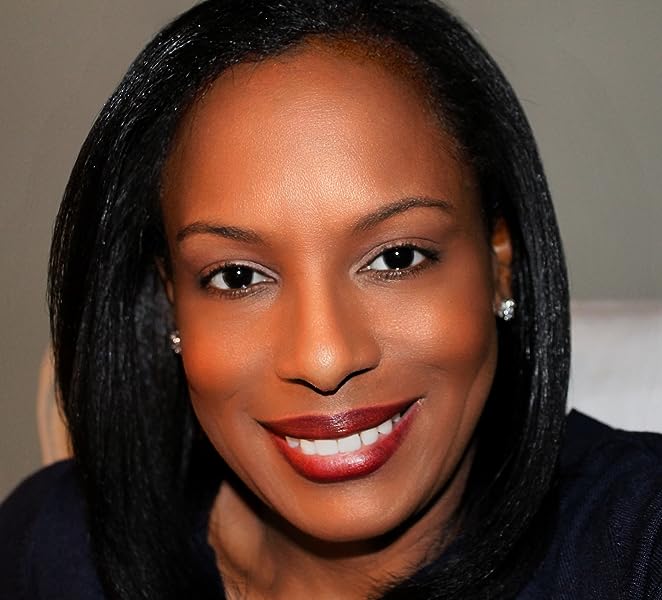 Michele Arris lives in the Northeast. When she isn’t writing, she likes to watch period classics or simply relax in her hammock and enjoy the sunset. Find Michele Arris at MicheleArris.com, on Facebook at www.Facebook.com/Michele-Arris-Author, and on Twitter @ArrisMichele.

Bayoubabe
4.0 out of 5 stars Some women have a hard time trusting
Reviewed in the United States on April 6, 2018
Verified Purchase
Bailey Walters was one such woman having been cheated on by two too many men. That is why she was very hesitant about giving billionaire business mogul Lucas Marx any notions of dating, especially when she found out that her boss Sandra Callahan was his ex. She needed her job to pay her bills and could not afford to lose her job. Even though she was very attracted to Lucas and he to her, she fought it as long as she could, even though she had a decoration job to do at his home. Lucas, being the wheeler dealer venture capitalist, made a deal with Bailey's roommate and best friend Sienna Keller, to encourage Bailey to go out with him. The deal blew up on everyone when their so called friend, Faith Sullivan the spoiled, jealous former roommate let the cat out of the bag.

Lucas was none too happy with Bailey's reaction and Bailey's ex Kevin's insinuating himself back into Bailey's life ended things. They were both miserable without each other. Despite Bailey's father throwing a hissy fit when he found out about Lucas, they were determined to make a go of their relationship again. They did not want to succumb to those two words "if only" and be lost to their HEA.

The author wrote a touching love story about two stubborn people in love. One was a rich businessman who was used to getting what he wanted and was determined to get the girl he wanted and prove to her that he was not what the public opinion of the internet said he was, all while trying to keep a scheming woman and her family at bay. The other one was a young woman who had very limited sexual experience with men because she had her heart broken too many times and protected her heart by putting up a wall. She was not going to be Lucas' booty call and be dumped. She was her own independent person and was not going to be bought by Lucas' money. Nor was she going to succumb to the scheming of her father. She was no longer his baby girl anymore.

This story was very interesting and kept me reading wanting to find out what else this couple was going to do as well as what those roommates of Bailey's and exes were getting into next. I can see another story written about Sienna and Lucas's best friend and partner Gavin Crane next. That should be interesting too.

Sjoyce
4.0 out of 5 stars Devil's Deal Almost Ruin Relationships.
Reviewed in the United States on March 30, 2018
Verified Purchase
This is one of the better interracial romances that I've read. However the race issue isn't the central point of interest. How different characters reacted to those of different races was handled almost to well to be realistic. People of different races aren't as accepted as they seemed to be in this book, especially by both families. Lucas and Bailey, the main characters, were well developed. He appeared to be arrogant but he treated his employees well and really cared for their families. You could tell they loved working for him even though he was a hard worker and expected as much from them.

Their friends and other characters were interesting, amusing and realistic, especially Sienna and Gavin who were interested in each other - Gavin more than Dianna or so she thought. A couple of them were the type you loved to hate - can you say Sandra and Faith. Still they contributed to overall story, which was well written with only a few errors. The plot was well developed with a couple of subplots that left you wanting more. The characters back stories were enough that you understood what motivated them.

Because both Lucas and Bailey were equally stubborn, they caused misunderstandings to derail and almost ruin their relationship. Determined to have her by any means, Lucas caused confusion by making a deal with Sienna, Bailey's best friend. Bailey refused to listen to either's explanation breaking everyone's heart. As is usual, there's an unplanned pregnancy. The favorable reaction of their families surprised both of them, especially Bailey.

Things worked out for Lucas and Sienna. But.....What happened to Sienna because of Faith and what is Gavin's reaction. No, not a cliffhanger - more a teaser to make you want to read the next book in the series. I can't wait! If you like books of this genre and don't mind some erotica, this book is worth reading.
Read more
Helpful
Comment Report abuse

Nel
5.0 out of 5 stars Mmmmm GOOD!
Reviewed in the United States on March 31, 2018
Verified Purchase
That was so good! I could not put it down. First time reading this author's work, but I am a fan! I read this book straight through. Loved every chapter. ...and the fact that I am a native Washingtonian added even more flavor to the mix. I'm already off to the next book in the series. Please, please let all of the brothers have their own story cause they all sound very interesting in deed. Love it!
Read more
One person found this helpful
Helpful
Comment Report abuse

Claire Petretti
5.0 out of 5 stars Steamy and sweet!
Reviewed in the United States on July 1, 2017
Verified Purchase
I loved this book! It's the perfect mix of steamy and sweet. The author creates a great, realistic cast of characters and makes you feel like you're there in Bailey's world. Bailey and Lucas are firsts for one another in many ways and it's lovely to see their walls come down as they allow themselves to fall in love. Lots of twists and turns! I'm hoping the next story stars Sienna and Gavin. If you're looking to escape from the daily grind for a while, this is the perfect book for you!
Read more
One person found this helpful
Helpful
Comment Report abuse

ty
5.0 out of 5 stars New book boyfriend!
Reviewed in the United States on April 8, 2018
Verified Purchase
New book boyfriend alert! Lucas is sexy, hot, alpha who knows what he wants and how to get it. Bailey, well...a bit naive, sweet and kind with a bit of steel in her backbone and certainly no ones doormat. Enjoyed the journey of coming together, breaking up, and making up. Well done, hot spicy love story. Great setup for the next book in the series which I plan to purchase. New author for me that I plan to add to my list.
Read more
Helpful
Comment Report abuse

Romance Reader
5.0 out of 5 stars Great read!
Reviewed in the United States on August 7, 2017
Verified Purchase
I really enjoyed Bailey and Lucas's story. It's a steamy read with a great plot. I also liked that Bailey didn't fall right into Lucas's arms, but made him work for the relationship and that his wealth never mattered to her. The secondary characters were also interesting, and the ending . . . wow! Looking forward to the next book in this series!
Read more
One person found this helpful
Helpful
Comment Report abuse
See all reviews