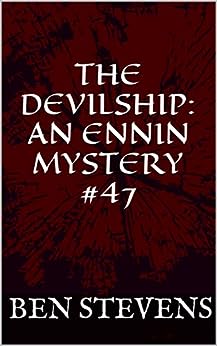 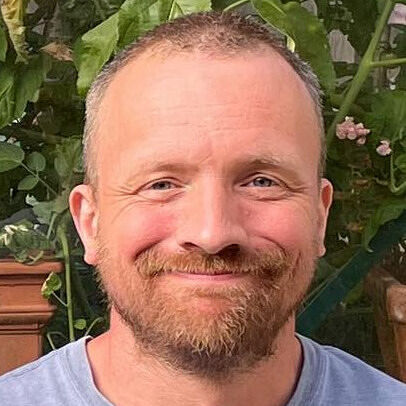 by Ben Stevens (Author) Format: Kindle Edition
See all formats and editions
Sorry, there was a problem loading this page. Try again.
An horrific bargain, struck with the very devil Himself... From a cursed English sailor, Ennin and Kukai hear a truly terrifying tale... This is the 47th Ennin Mystery. Amazon Reviews for ENNIN 'The greatest of Japan's detectives, Ennin, and of course his trusted servant and chronicler Kukai... Full of intrigue, action and excitement... Great escapism...' M. Dowden (UK), HALL OF FAME TOP 50 REVIEWER 'The Ennin Mysteries are an absolute delight...' sshap 'Stevens keeps on delivering... This is a great series...' Abby Normal 'Love it! Simply amazed by how good these short stories are!' Edwina Callan 'Intriguing and good to read... Set out in a very eastern myth fashion... Recommend them to all and sundry....' Chris 'I confess to being addicted to them for the depiction of medieval Japan, the characters and the enjoyable stories. I treasure each Ennin mystery that I have...' Postscripter 'Five stars...' Daphne Frampton 'I especially like the sort of quiet and abiding love that exists between Ennin and Kukai, master and scribe. Also, there's a kind of sweeping majesty in the description of Japan...' Lisa 'Another good short story by Ben Stevens. Keep getting them can't seem to help myself. Try them yourself...' Tigger 'Atmospheric, intriguing and entertaining... A rare achievement...' Kenny51 'Entertaining read with Holmesian overtones... Interesting to read about imperial Japan...' AC 'Thank you Ben Stevens for writing the Ennin Mysteries... I love the characters... My only complaint? I have read all the Ennin Mysteries - I want more...' Momma Dahama 'Amazing... An inspiration...' Valentine Williams 'Well-written... I've enjoyed many Ennin mysteries... Satisfying as always...' S. Pearson 'A FUN READ!' Cowboy-not Wyoming 'I love the different stories Ben Stevens comes up with... There is always a twist, and the solutions are imaginative...' Jay Gold 'I like the writer, I like the mysteries...' Amazon Customer 'Really enjoyable...' Menarue 'This excellent rendition of mystery, suspense and intrigue! I'm surprised these adventures haven't been made into movies or a TV series! They are that good!' Arnold Mount 'I was completely hooked by the Ennin series from the first story... Ben Stevens's writing style is somewhat like a Japanese room arrangement...' AcerAcer 'Mystery from historic Japan... Like Holmes and Watson, but in an Asian setting...' Nysa 'How refreshing... Really delightful...' Leyla 'I can't get enough of "The Ennin Mysteries"! Every story I read is so entertaining, I hate for it to end. I recommend this author to anyone who likes "whodunnit" stories!' Ruth Casey May 'These stories are always so amazing... Look forward to more...' Eileen Sedgwick 'A great read...' Carter 'Ennin does it again... Well written, evocative of the era, and suitably mysterious...' KD 'Highly enjoyable... Stories are tight, punchy and uncluttered... Bravo, Mr. Stevens!' Damien Omen III 'This Japanese detective is a fine addition to the burgeoning field of Asian historical detectives which began with Judge Dee (China) and runs through I.P. Parker's Akitada...' Mcb 'Delightful short story... Enjoy!...' PeaTee (TOP 500 REVIEWER) '(The) Ennin series is intriguing... Recommend these stories to all...' Chris
Read more
Previous page
Next page

The Ennin Mysteries are available as individual stories and collections.

Ben Stevens, author of the Nazi-era thriller THE WHISTLER: A MURDERER'S TALE

...Originally from SW London, England, Ben Stevens now works at a 16th century Buddhist temple in Nagasaki City, Japan. He is a husband, father, guitarist and martial arts enthusiast. A Youtube channel, relating to his work and general passions, can be found by searching 'NaNa Nagasaki'.

The move to Japan greatly influenced Ben's writing, resulting in the (sometimes described) 'cult classic' novel 'Big Sound Temple', as well as the autobiographical 'Twelve Years at a Japanese Temple'.

Ben's love of classic detective fiction caused him to create the popular 'Ennin' series - frequently referred to as the 'Japanese Sherlock Holmes' - while he has also written a number of Sherlock Holmes' pastiches. As someone who has read all of the original Conan Doyle stories many times since childhood, Ben believes that he has an excellent understanding of the genre.

With over 160 titles available on Amazon, fact as well as fiction, Ben Stevens has much to offer the discerning reader...

'Twelve Years at a Japanese Temple' by Ben Stevens

''An account of an Englishman who for over a decade has worked at a 16th century Buddhist temple in Nagasaki City, Japan... Much more else besides concerning life in the Land of the Rising Sun...''

About the author: Born in London, UK, Ben Stevens is employed at 'Daionji', a Buddhist temple in Nagasaki, Japan.