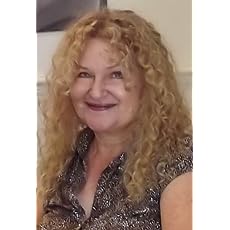 London-born Devra is a prolific composer, songwriter and keyboardist, as well as an author of books for kids. Trained at the Trinity College of Music in England, she has worked with such legendary artists as John Lennon, Cher, Diana Ross, The Jackson Five, Leonard Cohen and George Harrison. She wrote 2 top-ten singles for her own band on Jupiter Records. She became well known as a virtuoso player in the London session scene in the eighties and joined Mike Oldfield of Tubular Bells fame as a keyboard player for a tour of Britain. While on the road, her manager informed her that 2 of her songs had won 1st and 2nd place, respectively, out of over 3000 entries in the BBC Song Contest. Moving to America in the nineties, Devra teamed up with a lyricist to write and compose a musical, "Cole and Porter" which had a successful run in Los Angeles at the Hudson Theatre.

Devra lives in Sarasota Florida now and has authored a trilogy of illustrated dog stories for children aged 7-12; The Muffy Series: "Muffy and the Dog Catcher," "Muffy's Florida Adventure" and "Muffy and the Medicine Cat". Her books, for middle grade and young adult readers, "The Efficiency Claus; an Improbable Christmas Tale" and "The Dream Stealers," are available now.
Read more 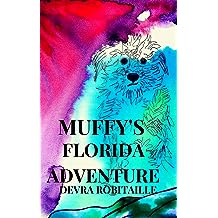 Muffy is a curious and happy-go-lucky Goldendoodle puppy.  She and her sister, Riff, have been adopted by a fun-loving family who adore dogs; the Gabriels.  How lucky these dogs are to be taken on an amazing vacation to Florida, all of them together in a big house on wheels to visit their cousins who live on the Sarasota Bay.  They drive across the country all together in the 'Great escape' and then take a breathtaking trip on Captain Skye's tourist boat.  Her puppy and first mate, Starboard, shows them all the ropes, and they go to Teapot Bayou and meet all manner of lively and interesting wildlife, including Puff the dolphin and Melodee the manatee.  Muffy's Florida Adventure is full of warmth and laughter and good family values too.  Little Oliver the Papillion discovers he is brave; Radar the Golden Retriever discovers the courage to stand up for what he believes, and Muffy discovers that it's better not to chase bees.

These are dog stories that everyone will love, young and old alike; written for children ages four to eight with a sense of humor and warmth.  These chapter books and their beautiful color illustrations are designed to grab the imagination of young readers and get them hooked on reading for life by talking about subjects they love and characters that will come alive for them.  Muffy and the other dogs have a voice that will inspire children to understand their own pets.

Praise for Muffy and the Dog Catcher, the first book in the Muffy Series:

"Delightful book, both the story and illustrations are excellent"  AC

"Muffy and the Dog Catcher is a must read for children of all ages and it will captivate its readers. I fell in love with Muffy." KG 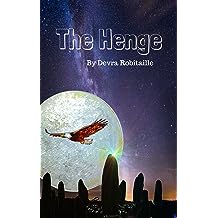 The Henge Nov 1, 2017
by Devra Robitaille
( 3 )
$4.99
Away to the north of the Noble Village of the Arts there is, buried in a jade lake at the bottom of a quarry, a stone with magical properties—a stone that sings. Concinnity Song and her twin brothers, along with the council of twelve, must mobilize all the hunter-warriors to raise the stone and transport it across the land, and build a henge to protect it, according to the covenant with the ancestors for the future of civilization. To do this they must tap into the true tone that will levitate the singing stone and its companion blue stones out of the quarry. As they travel across the land with the stones, the people come together and create an amazing civilization on a journey that will culminate in one brilliant night, the night of the solstice, when all the stones will be raised together to form…The Henge. 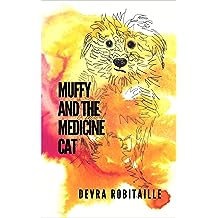 Muffy and the Medicine Cat (The Muffy Series Book 3) Mar 29, 2017
by Devra Robitaille
( 5 )
$2.99
Join Muffy, the curious and happy-go-lucky Goldendoodle puppy and her fun-loving family, the Gabriels as they adopt a new pack member. Winter, the big white dog, is lost in the mountains of Tennessee and must be rescued by Captain Ross in Edna, the plucky little airplane. Muffy has a run-in with Mama Porkee, the porcupine, and meets Shi-mi, the Medicine Cat who spends her time helping all the animals at the vet. Winter flies in a helicopter, and meets the good people of Rolling Acres Sheep Farm where Chewey the Great Pyrenees teaches him how to guard the sheep. Hang out once more with this endearing and orderly pack; check in with Oliver, the heroic little Papillion, and Radar the retriever, and Jazz who is “blue”. Muffy and the Medicine Cat is a wonderful doggie adventure for kids aged seven through twelve, with colorful illustrations. And in the end……well, you’ll have to read it to find out, now won’t you?
Read more
Other Formats: Paperback 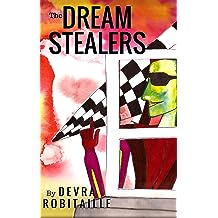 The Dream Stealers Feb 19, 2017
by Devra Robitaille
( 2 )
$4.99
Devin’s thrilling story of courage in the face of ruthless greed and skullduggery begins on Earth. Devin is a fifteen-year-old girl who lives with her scientist father who has invented a laser spaceship, the Traveler, and when he goes for a test run the machine returns without him. Devin bravely sets off to find him and learns how to fly the Traveler, encountering many odd and magical characters en route. She ends up on a breathtakingly beautiful planet called Vega which is the headquarters of the Dream Council, where she meets her guides, Ryan and Olam and finds her father again. She discovers that the universe is threatened by underhanded and dastardly bandits called the Dream Stealers who lurk in the border regions between dreaming and waking, attacking dreamers and stealing their dreams. They sell the dreams on the black market leaving their victims trapped in an agonizing wasteland, mere shadows of themselves. The Dream Council is organizing a resistance movement to vanquish the Dream Stealers and recapture the dreams and return them to the dreamers. To her amazement Devin discovers that she is not an earthling, but an alien with incredible talents and she bravely steps up to play her part. She enrolls in the flying academy on Vega to learn to become a fighter pilot in the reconnaissance squadron and begins her inspiring journey of defiance and victory.
Read more
Other Formats: Paperback 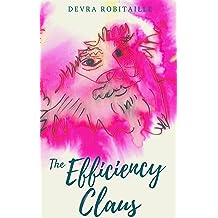 The Efficiency Claus: An Improbable Christmas Tale Nov 12, 2016
by Devra Robitaille
( 2 )
$4.99
In a world gone mad Santa’s chief of staff, Under-claus, is trying to suck all the magic out of Christmas and digitize, organize, computerize and industrialize the North Pole. He will replace the toy factory assembly line with cyber-elves and deliver all the toys by drone. Santa will be destroyed and the world will become a sadder place for it. Under-claus simply must be stopped.

Alarik Aldrich is the supervisor of the day shift and he and his son Rooney mobilize the E.L.F., the Elf Liberation Force, to take Under-claus down and rescue Santa, but not before Under-claus forms the Efficiency Army and war is declared.

The Efficiency Claus is an improbable tale of victory over a villain of dastardly proportions; an adventure that will warm your heart and stir your soul and yes, put the magic back into Christmas. Oh……and there’s cake, lots and lots of cake. 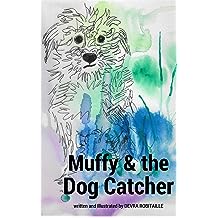 Muffy and the Dog Catcher (The Muffy Series Book 1) Jul 20, 2016
by Devra Robitaille
( 7 )
$0.99
Muffy is a happy and curious Goldendoodle puppy who lives on a farm. One day she chases a silly grasshopper and gets lost. She finds herself alone and hungry, on the point of collapse, but luck is on her side and she is adopted by a wonderful family, the Gabriels, who have a very orderly and devoted pack of dogs. Muffy becomes part of her new family, and is accepted by Radar and Oliver and the gang, but she still pines for her sister, Riff, and misses the farm. One of her new friends, Wise Dog, introduces her to a very unusual Dog Catcher who has a special talent.

Muffy’s courageous journey is full of laughter and adventure as she tries to unite her two families. 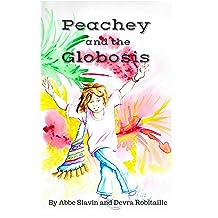 Peachey and the Globosis Jun 2, 2016
by Abbe Slavin , Devra Robitaille , Simon Smith
( 1 )
$2.99
Peachey is a normal eleven year old girl with all the usual eleven year old girl concerns. Until the summer’s afternoon when she meets HIM–Mr. Glob, the Globosis–a charismatic little creature who lives in a town called Sisobolg. She follows him and begins her heart-pounding adventure through a magical and sometimes terrifying land….She learns to have faith in herself and be fearless in the face of devastating danger and she and Mr Glob triumphantly shatter the nightmare and return order to Sisobolg.

During her breathtaking journey to find the Land of Lost Opportunities, Peachey visits Lemonade Lake and meets the Monster who is “vewy fwendly”; she meets all the other Globoses, Wishy Wishy, the Weeny the Keet and the Goon and Bibi the Camel and they all travel across the universe in the Moonbeam Rocket.