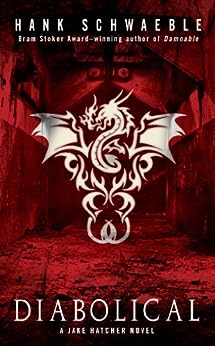 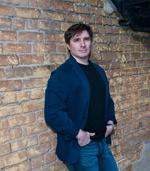 "With Diabolical, Schwaeble proves he's the real deal, one of the best new horror writers out there... a fast-paced, clever, scary, gripping, page-turning monster of a novel." --David Liss, Edgar Award-winning author of The Devil's Company

"[With a] highly compulsive vibe and a pace fast enough to burn your fingers as you're turning the pages... What can I say, Diabolical is a HELL of a ride!"
--Dave Zeltserman, Shamus Award-winning author of The Caretaker of Lorne Field

3.6 out of 5 stars
3.6 out of 5
8 global ratings
How are ratings calculated?
To calculate the overall star rating and percentage breakdown by star, we don’t use a simple average. Instead, our system considers things like how recent a review is and if the reviewer bought the item on Amazon. It also analyzes reviews to verify trustworthiness.
Top reviews

Robert E. Fletcher
3.0 out of 5 stars Didn't quite meet my expectations
Reviewed in the United States on September 12, 2013
Verified Purchase
After having read Damnable, which I really enjoyed, I had high hopes for the follow-up book, Diabolical. The writing is still strong, the action scenes vivid and the overall descriptive tone better than most. Where it fell down for me was in the storyline. What follows contains some SPOILER-ish material, so consider yourself warned.

Diabolical picks up not too long after the events of Damnable, and is basically a continuation of the plotline of that book, as opposed to a standalone story. I'm okay with that, but the ways the plot proceeded left me confused. Vivian, a character that had almost no real part or development in the first book, comes back here as a nearly central role, and without some buildup for her from Damnable, I had a really tough time fitting her into the story. I get some basic background that she and Jake were close after the first book, but if you want me to care about the character I need more development than that. Truthfully, I was really disappointed that Amy didn't have a much bigger part in the book, since she was important in Damnable (a little more on that in a bit). Aside from that, the book jut meanders through the plot, with numerous switchbacks and reversals that I think were intended to keep the mystery going, but just didn't work for me. At one point I think Jake is finally coming to realize that Hell and all the strange things he's seeing are real, then the author introduces a few pages of him looking for a magician's technique that could have been used to trick him into thinking what he saw was real, as well as the possibility that he was drugged. Maybe the author wants to keep the reader guessing, but I found it unsatisfying and I just wanted him to commit to one theory or the other. These sorts of machinations would probably work quite well in a movie, but in a book they fail, at least the way they were handled here.

At the end of the book Amy was reintroduced, which made me happy, but overall the ending felt like just another setup for the third book, rather than a book that could really stand on its own. Hopefully the third book will close things up, or at least remedy the wandering plotlines, and allow the author to move on to new stories with Jake. After four stars for Damnable, I could only give Diabolical three stars.

Robert J. Carty
5.0 out of 5 stars Schwaeble Kicks It Up a Notch
Reviewed in the United States on July 29, 2011
Verified Purchase
Sequels are very difficult to do well. That's not a problem here. Schwaeble doesn't merely match his earlier work "Damnable" (also recommended), but exceeds it.

I picked up Damnable when it first came out and was impressed enough to do my one and only Amazon review. When I heard that Diabolical had been released, I naturally bought it. Because it was a sequel, however, I wasn't sure what to expect -- sequels just fall flat so often. Not here.

As this review's title suggests, Schwaeble has improved over time -- which says a lot, since he started with excellent material. The main character (Jake Hatcher) is even more relatable than before. The storytelling is even more compelling than in the original. While Schwaeble doesn't abandon the "creep factor" in this tale, he does allow for more mystery and thrills. Diabolical reads like a good movie, with all the imagery and suspense that you'd see in a theater.

It's good to see an author who can avoid the sophomore curse. If you're looking for a great supernatural thriller, give Diabolical a look.

Deanime
4.0 out of 5 stars Diabolical (A Jake Hatcher Novel)
Reviewed in the United States on December 26, 2011
Verified Purchase
Thank you! This product was a gift. He said that he received it pretty quickly and that he loves it!
Read more
One person found this helpful
Helpful
Report abuse

Fred Rayworth
5.0 out of 5 stars A Fun Read
Reviewed in the United States on July 1, 2012
I had no idea what to really expect when I picked this one up in the closing Borders. I got it cheap, so it was worth the risk.

Our hero, Jake Hatcher is in a battle against salvation and damnation and has to go up against evil forces in Southern California, namely in the form of The Hellion.

Jake fights the good fight with humor, foul language and feisty fury. It was a fun ride.

Mr. Schwaeble leaves plenty of room for a sequel and I wouldn't mind continuing the ride. He writes in solid third person with minimal narrative and exposition and keeps things fast-paced. It was a pleasure to read and I highly recommend it.
Read more
2 people found this helpful
Helpful
Report abuse

Dave Zeltserman
5.0 out of 5 stars One of the funnest books I've read this year
Reviewed in the United States on June 28, 2011
I was one of the few fortunate folks who was given an advanced reading copy of Diabolical, and I was glad I was! The first book in the series, Damnable, was just a lot of fun--this horror thriller with demons, beautiful demon-women hybrids called Carnates, a plot to send everyone to hell, and a tough guy hero, Jake Hatcher. What made the first book such a great read was this terrific compulsory vibe to Schwaeble's writing and the way he zags when I think he's going to zig. Diabolical turned out to be even better. The Carnates, Jake, and a new set of demons are back in a book that's so fast-paced you'll burn your fingers turning the pages. Highly recommended!!
Read more
10 people found this helpful
Helpful
Report abuse

D Simms
5.0 out of 5 stars One of the few sequels that BUILDS on the original. Go for it!
Reviewed in the United States on June 28, 2011
Knowing that I, too, was one of a select few reviewers to handle an e-copy of this book prior to the official release, I suggest readers make their own decision rather than go with the blurbs we write up OR by those who haven't even seen a copy.

As a reviewer, I take these blurbs with a grain of salt, unless it's by one of my favorite authors. F.Paul Wilson's words are given only to novels that deserve them. He's a man of honor and sincerity, so as a peer, I know I can trust his views. The man knows, and teaches, solid writing, so if he recognizes a good story, most in the field would be smart to at least check it out.

As a professional reviewer for two major publications, I thought Diabolical was one of the few sequels out there that improved upon the original. Jake Hatcher has the makings of a serious series character with staying power in a format that is both original and successfully straddles the horror/thriller line with skill.

My full review will be posted here when the rights revert back to me.

G.Price
5.0 out of 5 stars Scary! (And I now have a crush on Jake Hatcher.)
Reviewed in the United States on June 28, 2011
I love a good scary read, so I was excited when Diabolical finally came out. Had read and loved Damnable, the first book in the series. Both books are excellent. You don't have to read them in any particular order.

Jake Hatcher is a straight-shooting, ironic, multi-layered guy, and I just want to hang out with him all day.

Can't wait to see the movie version of this one.
Read more
7 people found this helpful
Helpful
Report abuse
See all reviews