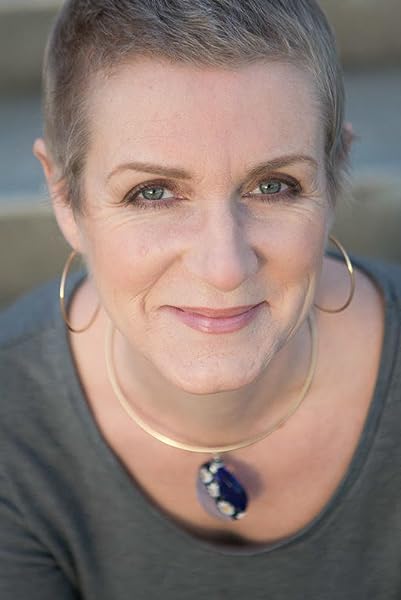 "This book deserves more than the max five stars."

"Yet another amazing read...I can't wait to get my hands on the next book in the series and find out what happens next!"

"Many, many thanks for a truly great read."

"I loved the book and the character you have developed in Diana."

"Oh my gosh! I just finished Stolen and now can't wait to read the other books in this series. I loved it and it sure kept me on my toes......"

"This was so well written and edgy.  I had a hard time putting it down.  I loved the danger, the characters were all people I could relate to and I enjoyed the descriptions, they jumped of the page into my imagination.  Well done."

To get updates about new releases and other insider information, sign up at: alisongolden.com/diana.
Start reading The Diana Hunter Mysteries on your Kindle in under a minute.

4.3 out of 5 stars
4.3 out of 5
40 customer ratings
How does Amazon calculate star ratings?
Amazon calculates a product’s star ratings based on a machine learned model instead of a raw data average. The model takes into account factors including the age of a rating, whether the ratings are from verified purchasers, and factors that establish reviewer trustworthiness.
Top Reviews

Amazon Customer
5.0 out of 5 stars Excited
Reviewed in the United States on April 19, 2018
Verified Purchase
I love this series. I am ordering the next book Exposed now! I also lov your Reverend Annabel books.
Hope there will be another one coming soon.
Read more
One person found this helpful
Helpful
Comment Report abuse

Christina Nordstrom
3.0 out of 5 stars Poorly written, common plot line
Reviewed in the United States on November 19, 2019
Verified Purchase
I feel like these were written for teens. The plot and character development are simplistic. Maybe I shouldn’t have read this right after a Louise Penney mystery...not in the same league.
Read more
Helpful
Comment Report abuse

Bernadette Polansky
5.0 out of 5 stars Just love Diana Hunter. What a badass....
Reviewed in the United States on August 26, 2018
Hunted: I Loved this book. It is about a family in Canada, Father is a Police Officer, working mom, and the daughter moving to live at school. Then a bad thing happens and the family is torn up by this unexpected happening....(do not want to spoil what happens.) So this is the beginning of what happened to the Hunter Family.

Snatched: Diana is taking a run and comes upon a man sitting on a bench. Then she remembers he was there before she started her run so goes to check if he is OK. Turns out he is Dead. Then the handsome detective shows up and after talking to Diana more or less implies she might be the killer. Well sparks fly and these two are at it for sure....
This is a fast passed page turner and you just don't want to put it down because you want to know what is going to happen next. Lots of twists, turns and even a kidnapping. Oh and of course there is also the organ harvesting.. Is there a black market for organs?
Also, was it suicide or murder that took one of the Hunter family members?

Stolen: Wow, another Great Book by Alison Golden. I just love Diana Hunter. Her intelligence and intuition makes a big difference to the Police who think she is just a magazine editor. Bu,t she if full of secrets and help solve the mysteries. This book is fast passed where you just can’t put it down and what to know what is going to happen next. Twists and turns that you’re not sure where it will go next.
I have read all the other books and Loved them all but this one is really great.
Alison keeps you on edge with her great writing and I just am waiting for the next one to come out. So if you like a good mystery with twists and turns and you don’t want to put the book down…Well You will want to get this one for sure.

Chopped: What a great book. I have read all the Diana Hunter books and Loved everyone of them.
This I do believe is the best so far. A body is found and it shows the markings of a past killer who has haunted Diana for years. She wants to bait the killer so they can catch him. Opps things seam to go wrong and she is taken by the killer. Will they be able to find her in time? The book was hard to put down and kept me on edge the while time. Great Job Alison. Waiting on pins and needles for the next one.
Read more
One person found this helpful
Helpful
Comment Report abuse

Mare
5.0 out of 5 stars A believable Jane Bond
Reviewed in the United States on May 23, 2019
A. J. Golden is a master at creating tension in relationships, stress at work and terror on the streets. I lost sleep because there is NO good stopping place! Your heart is racing and the adrenaline is surging through your brain. You just NEED to read "just one more chapter." And another. And another. Diana Hunter is a brilliant, argumentative , impatient genius with a good heart, nerves of titanium, and a talent for attracting men as bull-headed as she is, and trouble that requires all her IQ, courage and loyalty; especially to a cop who was special forces in his first career. Luckily, he retained his ego and combat training, because he'll need both to keep up with Diana!
Read more
One person found this helpful
Helpful
Comment Report abuse

Godiva 2000
4.0 out of 5 stars Exciting Mysteries
Reviewed in the United States on January 27, 2018
A very absorbing set of mysteries. I thoroughly enjoy all of Alison Golden's books, but for me the Diana Hunter and Inspector Graham books are my favourites, but it should be noted that the Diana Hunter books are definitely not cosy, but are very exciting.
The characters in these books are always very well developed and believable, and the plots are suitably twisty with surprise endings which are always difficult to spot.
These stories are equally suitable for reading on a cold winter's evening or for sitting in the sun in the summer. between them they provide a few hours of very pleasurable escapism, very highly recommended.
I received a complimentary copy of this box set from the author, but I have voluntarily written this review based on my own opinions.
Read more
One person found this helpful
Helpful
Comment Report abuse

tarafarah7: Tara Brown
4.0 out of 5 stars Awesome series!
Reviewed in the United States on January 16, 2018
The Diana Hunter Series Box Set by Alison Golden is a fantastic choice for those of you who need a little more edge to your reading adventures. I have read, purchased, and reviewed each of these books individually, so this review will not show up as a verified purchase...just an fyi, in case you want to read about each one, individually. Once I saw there was a box set available, I knew I had to pop in and give a quick review. :-) I highly recommend this series! Alison Golden is a wonderful author...you will love her! Her characters are awesome and her plotlines engaging! You will want to start with Book 1 in this series and go from there! Happy Reading!
Read more
One person found this helpful
Helpful
Comment Report abuse
See all reviews from the United States

Deborah Churchward
4.0 out of 5 stars Hard to put down
Reviewed in Australia on January 30, 2019
Verified Purchase
A great summer holiday read.
Read more
Helpful
Sending feedback...
Thank you for your feedback.
Sorry, we failed to record your vote. Please try again
Report abuse