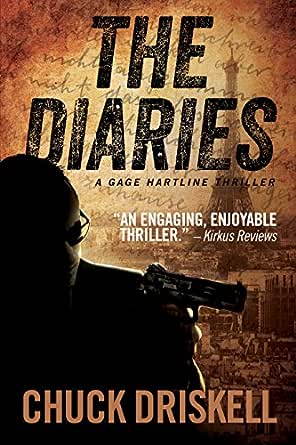 You've subscribed to Gage Hartline! We will preorder your items within 24 hours of when they become available. When new books are released, we'll charge your default payment method for the lowest price available during the pre-order period.
Update your device or payment method, cancel individual pre-orders or your subscription at
Your Memberships & Subscriptions
There was an error. We were unable to process your subscription due to an error. Please refresh and try again. 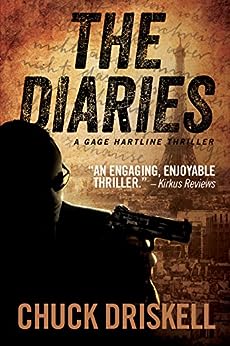 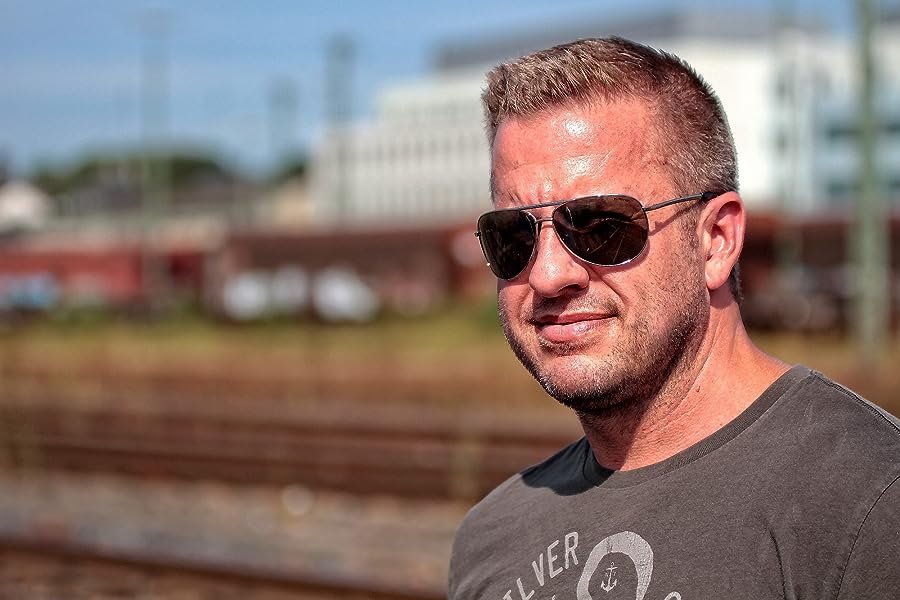 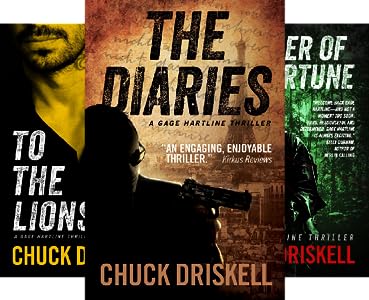 ***The Diaries is a 2016 IRDA Fiction Winner!***   Praise for Chuck Driskell "Driskell's narrative is crisp with innovation." - Kirkus Reviews  "Driskell always brings everything together in a successful climax." - IndieReader  "He makes you feel like you're right in the middle of the scene." - LitScene   Praise for THE DIARIES "The book's execution is highly competent...Even more impressive is the novel's pacing, which rarely lingers...An engaging, enjoyable thriller." - Kirkus Reviews  "It's hard to believe this is Mr. Driskell's first book.  From the opening scene on an airplane, where Gage has to subdue an unruly passenger...the author creates life-like characters, constant tension and unpredictability...Driskell does an excellent job bringing everything together in a satisfying climax." - IndieReader "The Diaries is a riveting, superbly written debut novel by a promising young author.  Having spent much of my professional career studying and writing about Adolf Hitler, I found myself absorbed by Driskell's creepy portrayal of the evil dictator.  The author keeps the novel moving at breakneck speed by weaving the Hitler-involved diary entries into the present-day fabric of Gage Hartline's fast-paced escapade.  The Diaries kept me reading until the wee hours of the morning." - Professor Donald M. McKale, Author of Nazis after Hitler and Hitler's Shadow War   "Driskell's deliciously volatile mix of crime, history, and old-fashioned spy games is a winner. He advances the spy novel into new,exciting territory, making The Diaries a genre-changer." - Laura Benedict, award-winning author of Isabella Moon and The Devil's Oven

The Diaries is the second "true" novel I penned.  It's a nod to classic spy thrillers and introduced my readers' favorite protagonist, Gage Hartline.  The book is a mix of crime, suspense, history and espionage.  With provocative diary entries, French mafia, rogue DGSE agents, alluring women, special ops soldiers and plenty of memorable European settings, I hope this book satisfies your craving for a good read.  -  Best, Chuck Driskell

Chuck Driskell is a United States Army veteran who now makes his living as an advertising executive.  He lives in South Carolina with his wife and two children.  The Diaries is Chuck's first novel.
Read more