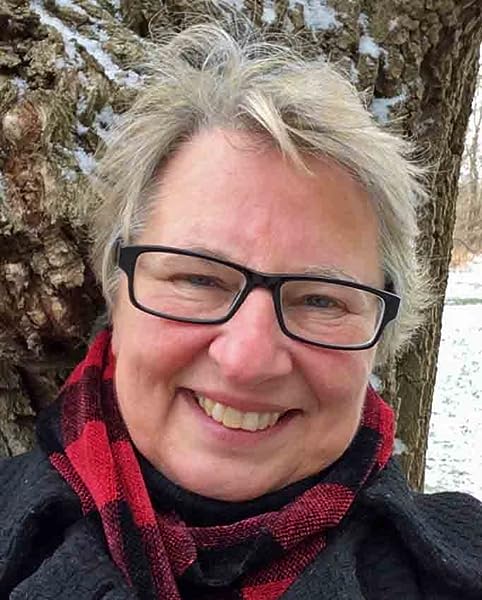 "Evoking Ursula LeGuin's unflinching humane and moral authority, Nina Munteanu takes us into the lives of four generations of women and their battles against a global giant that controls and manipulates Earth's water. In a diary that entwines acute scientific observation with poignant personal reflection, Lynna's story unfolds incrementally, like climate change itself. Particularly harrowing are the neighbourhood water betrayals, along with Lynna's deliberately dehydrated appearance meant to deflect attention from her own clandestine water collection. Her estrangement from her beloved daughter, her "dark cascade" who embarks upon a deadly path of her own, is heartwrenching. Munteanu elegantly transports us between Lynna's exuberant youth and her tormented present, between microcosm and macrocosm, linking her story and struggles-and those of her mother, daughter, and granddaughter-to the life force manifest in water itself. In language both gritty and hauntingly poetic, Munteanu delivers an uncompromising warning of our future."
--Lynn Hutchinson Lee, multimedia artist, author, and playwright

"Transcendent.. .. A book of genuine power, A Diary in the Age of Water, is simply and beautifully told, profoundly true; a novel that invites us all to embrace the wisdom of ages. The story stirs its readers, teaches them about the importance of water, and leaves an indubitable imprint on the canvas of the literary and scientific world."
--Lucia Monica Gorea, author of Journey Through My Soul

Nina Munteanu is a Canadian ecologist and novelist. Her novels include: Collision with Paradise; The Cypol; Angel of Chaos; Darwin's Paradox; The Splintered Universe Trilogy; and The Last Summoner. In addition to eight novels, she has authored award-winning short stories, articles and non-fiction books, which were reprinted and translated into several languages throughout the world. Her short work has appeared in Beautiful BC Magazine, Cli-Fi: Canadian Tales of Climate Change, Chiaroscuro, Hadrosaur Tales, Pacific Yachting, Strange Horizons, Nowa Fantastyka, among others. Recognition for her work includes the Midwest Book Review Reader's Choice Award, finalist for Foreword Magazine's Book of the Year Award, the SLF Fountain Award, and The Delta Optimist Reviewers Choice Award. Nina's latest non-fiction book, Water Is... —a scientific study and personal journey as limnologist, mother, teacher, and environmentalist—was picked by Margaret Atwood in the NY Times as her #1 choice in the 2016 "The Year in Reading." She lives in Toronto.

Anthony Avina
5.0 out of 5 stars A must-read sci-fi and post-apocalyptic read with an eco-twist...
Reviewed in the United States on October 9, 2020
I received a free copy of this book in exchange for a fair and honest review. All opinions are my own.

The author has done a fantastic job of instilling both horror and hope into this narrative. The way the author weaves both post-apocalyptic and sci-fi elements into real-world threats to our environment, in particular water, made this a gripping novel that was impossible to put down.

Character development and imagery played huge roles in the story here, as the author wrote the narrative in a journalistic style that showcased four generations of women who had ties to water. Both the bond these women shared and their struggles in the face of environmental disasters made the story much more profound, especially when real-world facts about current political administrations and actions against the environment were included, making this fictional sci-fi world feel much more realistic.

A must-read sci-fi and post-apocalyptic read with an eco-twist, author Nina Munteanu’s “A Diary in the Age of Water” is a hit. The beautiful way the author relates these characters to the audience along with numerous facts both historically and scientifically that readers were treated to make the story come alive in a way most aren’t able to accomplish. An eye-opening story for those who are still on the fence about climate change, this is the perfect fall read for both sci-fi readers and eco-interested readers alike. Be sure to grab your copy today!

Annis Pratt
4.0 out of 5 stars Your Water is Being Stolen!
Reviewed in the United States on October 14, 2020
What if you discovered that the United States and China were systematically draining your water (you are Canadian). In her chillingly possible sci-fi prediction, limnologist Nina Munteanu uses the dystopian technique of extrapolating from a deplorable present to prophesy a frightening future. A present day oligarchy of corporate CEOs, energy interests, and the very powerful, very rich 1% seize control of every watershed, every lake, every glacier. The chance of deploying our human traits of invention and ingenuity to rescue the planet is very slim; a newly evolved group of four-armed, blue-skinned women are our only hope. Munteanu’s novel provides an effectively dire prophesy about what is likely to happen to homo sapiens if we fail to stand on our feet and fight for our rights against corporate monsters.
Read more
One person found this helpful
Helpful
Comment Report abuse
See all reviews

Anonymous
5.0 out of 5 stars A Must Read!
Reviewed in Canada on July 13, 2020
Verified Purchase
The premise of 'A Diary in the Age of Water' is totally enthralling. It begins in a world altered beyond recognition by humans’ response to a changing climate. Kyo finds the diary that tells the story, not only of how this world came to be but how she came to be. The story like water itself fills you, moves you, hypnotizes you, and eventually, totally engulfs you. It leaves you thirsting for the answers to many questions. How? When? Why? The science is real based on a classic text. The characters are real living out their lives just as we do limited by our weaknesses and expanded by our strengths. Science and story-telling intermingle to create 'A Diary in the Age of Water'. A must read!
Read more
One person found this helpful
Report abuse
See all reviews