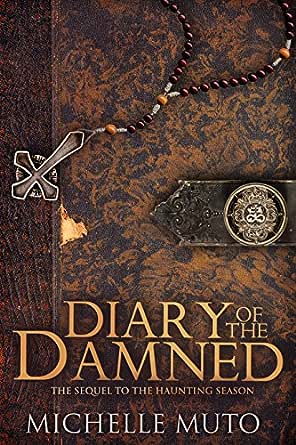 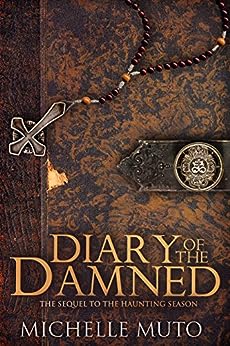 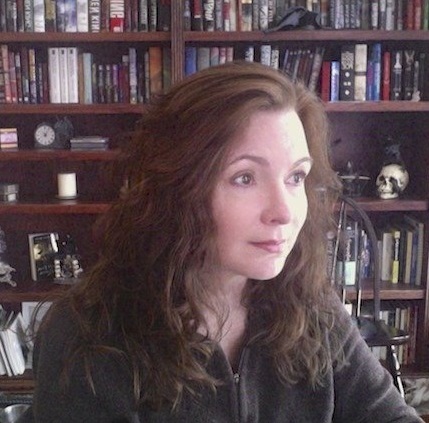 Diary of the Damned: Sequel to THE HAUNTING SEASON Kindle Edition

5.0 out of 5 stars
5 out of 5
19 customer ratings
How does Amazon calculate star ratings?
Amazon calculates a product’s star ratings based on a machine learned model instead of a raw data average. The model takes into account factors including the age of a rating, whether the ratings are from verified purchasers, and factors that establish reviewer trustworthiness.
Top reviews

creativedeeds
5.0 out of 5 stars Creative Deeds Reads Review
Reviewed in the United States on November 12, 2016
Verified Purchase
Way back in 2011... wait, that can't be right... only 5 1/2 years? So yeah, the time frame doesn't really matter, what does matter is that in 2011 I was introduced to the writing of Michelle Muto by winning a little book titled, The Book of Lost Souls. I'm still waiting for Ivy and gang to make a reappearance, but until then, I've managed to read everything else this author has written. Which by the way, covers a fairly wide range. It all started with witches, warlocks, werewolves, vampires and more wrapped up in a sweet young adult read with a touch of evil and danger and a few surprises in between (The Book of Lost Souls). Heartbreak, tough issues including teen suicide that ends in a surprising ray of hope (Don't Fear the Reaper). Then there were Gargoyles in Of Shadow and Stone. There was also an anthology thrown into the mix that ended in a tear jerker that I still haven't quite forgiven the author for (Nature's Fifth Season). Which leads us to the horror of The Haunting Season. If you're reading this review and you haven't read The Haunting Season, don't read Diary of the Damned until you do. That sage warning is mostly because a lot of what happens in Diary of the Damned won't make sense unless you've read The Haunting Season first. So, now that I've gotten all that out of the way...

I wasn't quite sure what to expect from Diary of the Damned. I mean, I knew it would be scary. That was a given. It is, after all, a sequel to one of the scariest books I've read in a while. (FYI- I like reading an occasional horror story, but it is most definitely NOT my go-to genre. In other words, I'm a wimp.) What I should have expected, but still took me totally off guard, was the emotion. There are parts of this book that broke my heart for both Evy and Allison. This book made me forget how much I really disliked Allison through much of The Haunting Season. (Again, you really have to read that book first to really get it. - Trust me.)

There were characters in this book that I wanted to hug and comfort, but there were just as many that I wanted to scream at in defense of the characters that I wanted to hug. Yeah, did I mention that there were emotions? Lots and lots of emotions. There were some crazy teenage bullies, but honestly, I wasn't much more impressed with the adults that should have been there for these kids. As usual, the author slipped in some important life lessons within the scary pages. On a side note, there were a lot of characters in The Haunting Season that the author could have chosen to tell their story. Allison wasn't the main character, but she was an integral one. Her story was important and I'm really glad that readers were treated to not only her diary but introducing them to someone who really cared about her.

In a nutshell, pick up The Haunting Season if you haven't. If you have, Diary of the Damned should be next on your reading list. It's not quite as scary as The Haunting Season, but I still only read it during the day.
Read more
4 people found this helpful
Helpful
Comment Report abuse

Frankenkitty
5.0 out of 5 stars Just as good as The Haunting Season
Reviewed in the United States on June 20, 2018
Verified Purchase
I absolutely loved The Haunting Season, so when I saw this book, I had to get it. It does not disappoint! This is the backstory of Allison, the girl who had been possessed in The Haunting Season, told from the perspective of her diary that she has left with a friend, Evy. It goes into Evy's story too, why she has the diary, etc, so it's not just the past we are focusing on here.
While I highly recommend both books, it is not necessary to have read one before reading the other really, they can both work as stand alone novels but are slightly better as a set.
I do hope one day, Ms. Muto might go back to Jess and the others so we might find out what happened with Riley,
Read more
One person found this helpful
Helpful
Comment Report abuse

vampire girl
5.0 out of 5 stars Amazing! So glad to find Michelle Muto.
Reviewed in the United States on August 29, 2018
Verified Purchase
I've read plenty of books like this, BUT this book takes in and makes you believe it has happened. A rollercoaster ride that sucks you in and makes you feel like you are living along with the people involved. Fear and anger along with compassion for Allison and her fight against evil makes it hard to put this book down. A job well done in the writing of this book, it makes you a believer that evil could exist, no over the top writing, terrifying look into a broken mind, written in her own prospective.
Read more
2 people found this helpful
Helpful
Comment Report abuse

mrsswt
5.0 out of 5 stars This was just...WOW!
Reviewed in the United States on October 16, 2016
Verified Purchase
My dear Michelle, you left me with chills! This story was simply outstanding. This had me hooked since the first page. I was even kinda scared to even read his name after a couple of chapters. I would love to see both of these stories on the big screen.
Read more
5 people found this helpful
Helpful
Comment Report abuse

Aaron
5.0 out of 5 stars Wonderful reading entertainment. She writes for the young and the old.
Reviewed in the United States on December 25, 2016
Verified Purchase
What a page turner. Michelle Muto is an author that will be remembered for years to come. I've read everyone of her books and I have not regretted any of her writings. I love her style. And I look forward to more of her future novels. Thank you. Aaron D. Ulrich
Read more
2 people found this helpful
Helpful
Comment Report abuse

Michelle Ryan
5.0 out of 5 stars Good stuff
Reviewed in the United States on April 10, 2020
Verified Purchase
Really enjoyed this sequel to A Haunting Season. I discovered Michelle Muto through a friend. I shall be reading the rest of her offerings asap.
Read more
Helpful
Comment Report abuse

Barbara E.
5.0 out of 5 stars Kept me interested
Reviewed in the United States on March 25, 2018
Verified Purchase
Found the characters interesting. Definitely and engrossing book.
Read this book I. Just two days. Will be reading more by this author.
Read more
One person found this helpful
Helpful
Comment Report abuse

Wendy N.
5.0 out of 5 stars A must read!
Reviewed in the United States on February 12, 2018
Verified Purchase
I found it hard to put this book down! It kept the suspense going the entire time as well as closed up all loose ends. I believe it was very well written and captured so many emotions especially FEAR and making it very real.
Read more
One person found this helpful
Helpful
Comment Report abuse
See all reviews from the United States

Alexis Taft
5.0 out of 5 stars Gripping
Reviewed in the United Kingdom on January 30, 2017
Verified Purchase
Could not put this down only took me 3 days to read. Loved how the bullys ended up.
100% must read
Read more
Helpful
Sending feedback...
Thank you for your feedback.
Sorry, we failed to record your vote. Please try again
Report abuse

Amazon Customer
5.0 out of 5 stars Five Stars
Reviewed in the United Kingdom on June 15, 2017
Verified Purchase
Love this book! Great author, and a pleasure to read. Hope there are more like this to come!
Read more
Helpful
Sending feedback...
Thank you for your feedback.
Sorry, we failed to record your vote. Please try again
Report abuse