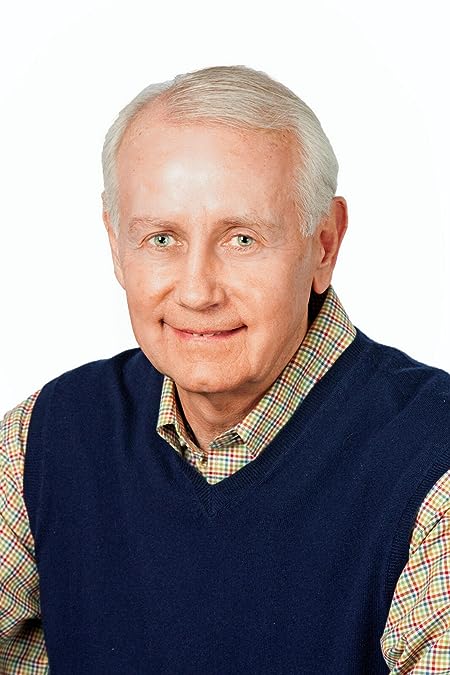 Thanks for stopping by!

Although I am author of four novels and the blog series, "Writing from Behind the Curve," the journey to writing and publishing novels was a long one for me. Prior to writing my first novel, a lengthy business career includes having worked for many years as a senior officer in America's largest bank. Other experiences include ten years as a real estate broker in Carmel-by-the-Sea, California, and, subsequently, as the Director of an Indian gaming commission, also in California.

I did not put my first word to paper for Serpent at the Well, my inaugural novel about a fifty-year fight over an ancient lake, until I was in my mid forties. My original goal with that novel was to see if I might have the right stuff to actually write a complex, character and plot driven book of fiction. After many rewrites, I finally believed it to be a competent effort.

The early thinking about my second novel, Joshua Rye, came during the time in Carmel, when I volunteered at a hospice on the Monterey Peninsula. A hospice is the setting for the evolution of the story's main character, a self-serving and unethical investment banker, whose sole desire is to become his firm's youngest ever partner.

My third novel, MOLTO GRANDE, was a challenge due to the immensity of the story itself. At 261,000 words (roughly three full-length novels), it is a weighty offering. It is period fiction, set in seventeenth century Europe, a time of enlightenment, but also plague, servitude, deadly edicts, and impending war. It follows the remarkably different lives of Luca and Nicolo, two Italian brothers who are separated when plague and wildfire destroy their family. Years later, the arcs of their epic stories converge in surprising and dangerous ways.

My most recent novel, LUCY: FOR ALL THE MARBLES, was a major departure from the adult-oriented first three novels, in that it is aimed at the young of heart, for people from eight to eighty. It revolves around a twelve-year-old girl in 1958, after the loss of her father, who discovers her hidden talent in the ancient marbles game of ringer. Her unique skill changes her life and the lives of those around her, especially that of the "old grouch" at the trailer park where she and her mother have withdrawn to.

As a late entrant into the field of novel writing, it occurred to me that I am not the only one who has stories to tell for which life got in the way. This is why I now write the Writing from Behind the Curve blog series. The series argues that it is never too late to begin writing that short story or novel that's been bouncing around in that noggin of yours for the past 10, 20, or even 40 years. I hope that you will take time to peruse the first blog or two to get a more detailed idea of what this is all about.

All blogs are shown on my website at the National Association of Independent Writers and Editors (NAIWE). My NAIWE author's site is http://dickfranklin.naiwe.com

Just enter "Blog #1" in the blog search field to get started. 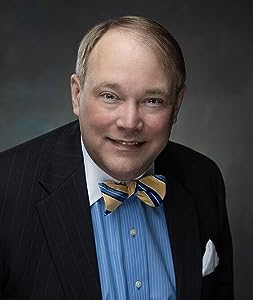 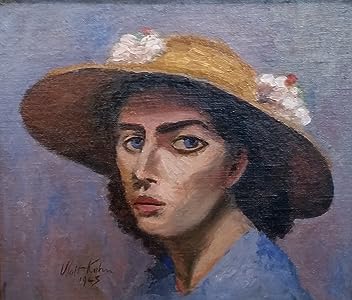 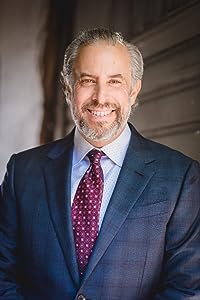 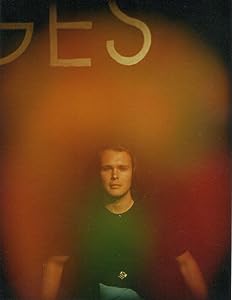 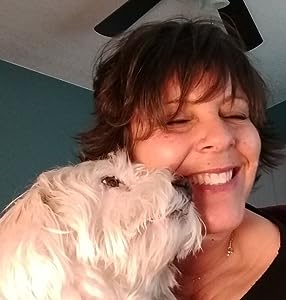 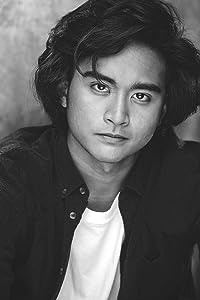 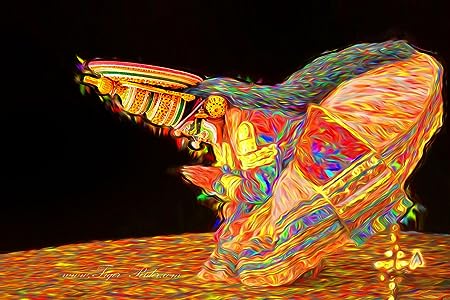 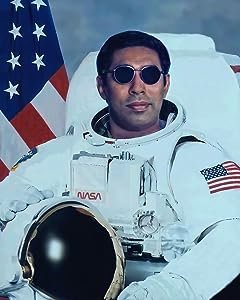 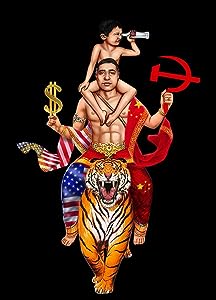 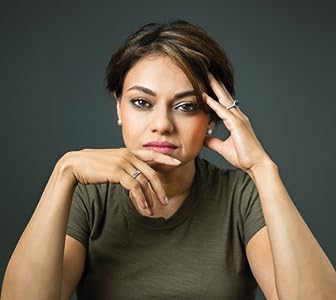 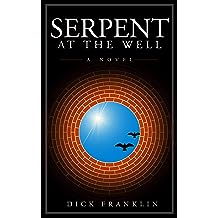 Serpent at the Well Nov 20, 2019
by Dick Franklin
( 1 )
$2.99
The resistance was murdered fifty years ago. How could the color of their masks solve the mystery now? The Paiutes lived by the ancient high-Sierra lake for a thousand years. But in less than fifty, the Los Angeles aqueduct has brought this huge inland sea and the life it supports to the brink of extinction. In a last desperate effort to stop the devastation, the little town at its shore seeks to battle the seemingly unbeatable city in the court of law. Having few resources for such an undertaking, however, how might the town's estranged son, Ted Gables, a now successful New York law partner, be induced to participate in what will soon become a deadly struggle, both inside and outside the courtroom? But coming home is fraught with horrible memories for Gables, who fled his unhappy past when Jessiah Clearwater, his old Indian mentor and friend, provided the means for his college education. Jessiah is dead some fifteen years now, but his voice remains, as does his belief that one day the Great Spirit will send a powerful protector to defend the lake. Might there be a supernatural will at work?

Threatened by the possible loss of a key water supply, LA's dominant land developer inadvertently unleashes deadly assassins; the Sierra Nevada's high-mountain dangers also make their claim on life. Through it all, there is an impending collision between Gables' boyhood romance with Skye Gallagher, and his current New York romance with Romie Lane, the daughter of a media mogul. For Ted Gables, however, the lake's Indian lore must be dealt with above all else.

Dick Franklin is author of novels MOLTO GRANDE, Joshua Rye, and LUCY: FOR ALL THE MARBLES, and the blog series Writing from Behind the Curve.
Read more
Other Formats: Paperback 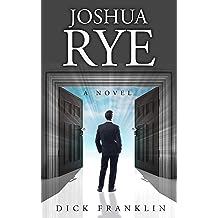 Joshua Rye Nov 20, 2019
by Dick Franklin
( 2 )
$2.99
Joshua Rye doesn't have time for romance--or for God. He's too busy stomping out careers at the office and acting as though he is a sincere volunteer at the local hospice. But why would someone with nothing but disdain for the infirmities of the human condition volunteer there? Perhaps it has something to do with his ambition to become the investment firm's youngest ever partner.

Even someone with such a conniving heart, however, must confront the realities of the circumstances he finds himself in. For the agnostic Joshua Rye, this means facing the hospice’s deeply-devout chaplain, Bugle Dawn; Teddy Little Bear, a terrier with a sixth sense; and, as one patient says, “Signs along the way.”

Dick Franklin is author of novels MOLTO GRANDE, Serpent at the Well, and LUCY: FOR ALL THE MARBLES, and the blog series Writing from Behind the Curve.
Read more
Other Formats: Paperback 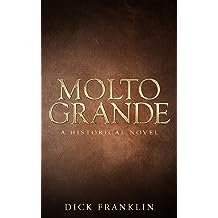 Nicolo, determined by the church to have vocal potential, must undergo a perilous castration to join the music conservatoire. But even there, a powerful force is dedicated to his failure, and to ensuring that he will not achieve success as one of Europe’s celebrity castrati. Luca, after being discovered near death by a nomadic Roma (Gypsy) band, is brought into the tribal life of a long-despised and often persecuted people. He will soon know the fear of an ethnicity that must literally run for its life.

Despite their contrasting paths, each will draw needed strength from a special woman, unique in her own domain. For Nicolo, it is Princess Andora, daughter to the Spanish king, and for Luca, it is Donka, daughter to the Gypsy chieftain.

The arcs of the brothers’ lives, notwithstanding the cultural chasm between them, will inexorably bring them back together, but in the most surprising and deadly ways. The Duke of Savoy, the kings of France and Spain, and the intellectuals of the day will all make their marks on the lives of these siblings.

Dick Franklin is also author of novels Serpent at the Well, LUCY: FOR ALL THE MARBLES, and Joshua Rye, and the blog series Writing from Behind the Curve.
Read more
Other Formats: Paperback 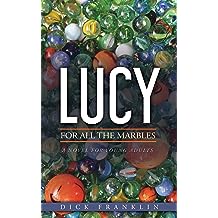 Having recently lost her father, twelve-year-old Lucy DeWilde has withdrawn to a new life with her mother at a trailer park. Naturally shy, she dreads the thought of going to a new school, and it isn’t long before her fears of being an outsider are realized. But then, Maggie Mae comes into her life with a friendship that changes everything.

It’s off limits for the girls to play the boys’ marbles game, but that doesn’t stop Lucy from wanting to compete. She teaches herself how to play, but she needs help to gain the skill to challenge Johnny Henry, the school’s top player. When she teams up with Nicodemo Jimenez (Mr. Nico), the “old grouch” at the trailer park, it is to teach her how to become competitive in the ancient marbles game of ringer. How far might her growing talent take her—beyond Johnny Henry to the mid-state championships, the state finals, even the nationals?

In a year of trial for Lucy, a fearful girl full of self-doubt, and of renewal for Mr. Nico, a man who has lost everything dear to him, an unlikely and endearing friendship might just be the greatest prize of all.

Dick Franklin is also author of novels MOLTO GRANDE, Joshua Rye, and Serpent at the Well, and the blog series Writing from Behind the Curve.