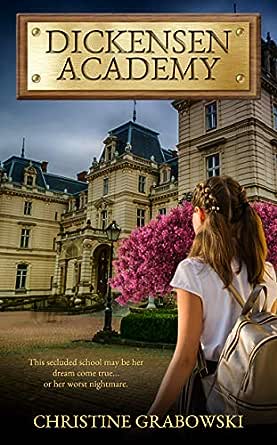 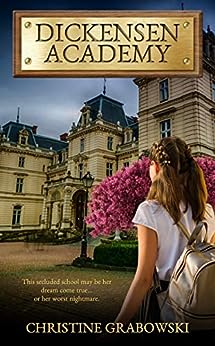 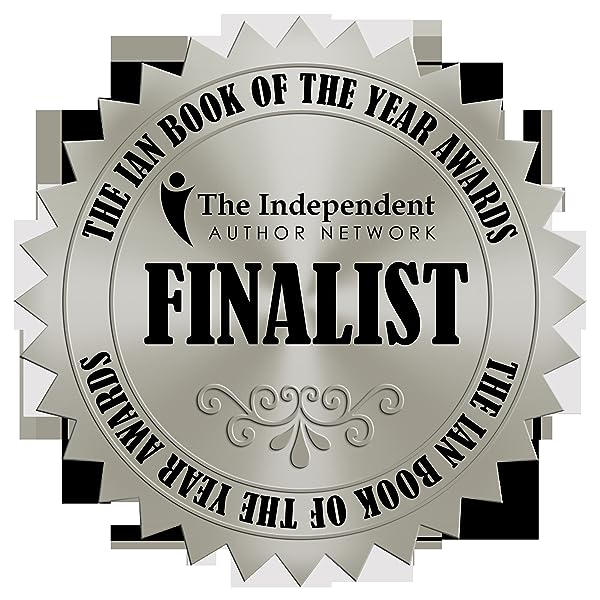 "Young adults who enjoy boarding school stories, paranormal encounters, and stories of growth of a teen who receives lessons on romance, mistakes, and special abilities will find much to like about Dickensen Academy, an institution which specializes in making dreams come true in more than one way. Autumn's first-person character is nicely done and inviting, and the world of Dickensen with all of its conundrums and confusion comes to life through her eyes, making for a story that is hard to put down." -- D. Donovan, Senior Reviewer, Midwest Book Review
"Grabowski writes in an engaging prose that summons Autumn's excitement and anxiety while also deftly building the tensions surrounding the school's mysteries...Autumn and her fellow students are well-developed and likable, and their interpersonal dynamics drive the plot in a way that feels effortless...the dream-making process--and Autumn's successes and failures with it--provides a surprisingly apt metaphor for the concerns and desires of a teen. Rather than skating on the otherworldliness of the premise, Grabowski digs toward some relatable truths that her young readers will likely appreciate. She also avoids some of the more predictable tropes of the genre. Whether it's a standalone or the first installment of a series, the book manages to satisfy and succeed." -- Kirkus Reviews

"The setting of the story was described so well you felt like you were there with Autumn and her friends during their dream classes and around campus." -- A. Stout, Reader Views Kids
"Autumn's desire to succeed academically, her overbearing father, and her sometimes misguided attempts to make her own decisions while living away from home for the first time will likely resonate with readers..."-- Jen McConnel, VOYA Magazine

Dickensen Academy is Christine's debut YA novel. After graduating from the University of Washington, she earned her MBA at the University at Albany. She honed her technical writing skills in marketing and consulting but attributes the creative part of the process to her passion for reading.

When she isn't reading or writing, Christine can often be found running, skiing, or hiking. She lives in Newcastle, Washington, with her supportive husband, two avid teen readers, and their energetic wheaten terriers.
Read more

4.6 out of 5 stars
4.6 out of 5
88 global ratings
How are ratings calculated?
To calculate the overall star rating and percentage breakdown by star, we don’t use a simple average. Instead, our system considers things like how recent a review is and if the reviewer bought the item on Amazon. It also analyzes reviews to verify trustworthiness.

Michele
4.0 out of 5 stars YA Fiction Great Read!
Reviewed in the United States on September 13, 2018
Verified Purchase
Dickenson Academy is the debut novel of Pacific Northwest native Christine Grabowski. Drawing from the beauty of the Evergreen State, Grabowski creates a vivid mountainous setting for an exclusive fine arts high school with an extraordinary secret.
We meet main character Autumn Mattison as she arrives at Dickenson Academy, a boarding school in the Cascade Mountains, to begin her freshman year alongside the most creative teens from the Western half of the United States. Living away from home for the first time, lacking self-confidence and unsure of her decision to leave behind her friends and life in Seattle, Autumn is determined to break out of her shell, and out from under her father’s scrutiny, to reinvent herself.
Over the course of her first days at school, Autumn has a series of unsettling déjà vu moments, and along with her new band of friends, begins to suspect the school is hiding something big. These suspicions are confirmed later in the year and Autumn finds herself in a remarkable situation full of unimaginable possibilities. Her determination is tested when she struggles with mastering the skills necessary to pass the academy’s core class and meet her father’s high expectations.
When a horrible tragedy back home interrupts her pursuit of her dreams, Autumn returns to Seattle unsure if she will be able to return to, or even wants to go back to Dickenson Academy.
This novel captures the imagination and challenges the reader to think differently about her perception of how life’s situations happen and who/what is involved with their unfolding. The characters will resonate with middle-school students and teens about to embark on high-school; and it will bring back memories of those long past that life stage. Readers who enjoy coming of age novels, mystery, science-fiction and/or magical themed series will find this book engaging and leave them thinking about the nature of dreams and who/what controls their destiny. Great first novel with potential for several more books in the series!
Read more
4 people found this helpful
Helpful
Comment Report abuse

Mark W. Olson
5.0 out of 5 stars Fabulous book for your Teenager
Reviewed in the United States on November 26, 2018
Verified Purchase
Dickinson Academy is one of the most refreshing, inspiring, and thought-provoking books I’ve read in a long time. I read it with my teenage daughters, and it prompted the most inquisitive and deep conversations between us. We discussed new ways of thinking, paradigm shifts, and possibilities. This book evokes the feeling of sitting in your favorite chair, city sipping a cup of hot tea with your favorite black blanket wrapped around you and falling in love with life all over again. It allowed me to dream like a child again. I kept picturing myself in the book with the characters thinking, “Wow, what an incredible concert the author came up with. Just incredible. “ This should be made into a movie. Not since Harry Potter have I been swept away in a fantasy novel with such profound concepts, details, and limitless possibilities. Truly a gem.
Read more
3 people found this helpful
Helpful
Comment Report abuse

Jessica Anderson
4.0 out of 5 stars Great read: a familiar story but with an intriguing new idea!
Reviewed in the United States on September 16, 2018
Verified Purchase
I decided to read Dickensen Academy, by new author Christine Grabowski, because I am always looking for interesting young adult fiction for my twelve-year-old.  Dickensen Academy was a very fun read which pulled me into the story and peaked my curiosity from the first sentence, “Clues to the secret existed from day one, yet they appeared to belong in separate puzzles.”  The novel reads a little bit like a mystery, giving the reader clues to the secret at Dickensen Academy slowly.  And, this secret is a very interesting one. The story is familiar in that it reminded me a little bit of both the Harry Potter and Percy Jackson series.  It features a protagonist, Autumn, who is accepted to a unique high school and quickly discovers that the students are being taught more than just the standard curriculum.  It is a very intriguing concept.  I only wish the author would have delved more into the ethical issues surrounding the secret teachings at Dickensen Academy. Anytime people tap into the mysteries of the mind, it seems there will be positive and negative consequences.  I think it would have enriched the story to explore this a little bit more.  The author does hint at the possibility of a darker side, explaining that there are moments where Autumn gets the “creeps” about the secret teachings but that is as far as it goes. I thoroughly enjoyed reading Dickensen Academy.  The characters are well developed and quite likable.  The author did a great job of capturing teen angst from a female perspective.  I think this book would appeal to pre-teens and teens alike, probably girls more than boys, but boys might enjoy the story and it is not too heavy on the “girl stuff.” I truly hope this is the first in a series.  Dickensen Academy covers Autumn’s experiences during only her freshman year of high school. I would love to know what happens next and if the teachings (and their consequences) become more complex.
Read more
2 people found this helpful
Helpful
Comment Report abuse

S.Griffing
5.0 out of 5 stars A dream book for young teen readers
Reviewed in the United States on September 13, 2018
Verified Purchase
Dickensen Academy is unique take on the popular boarding school format for Young Adult novels. The mysterious and exclusive school is its own character and works with the heroine, Autumn Mattison, to create an exciting new world I haven't seen in other books. Although Autumn is a freshman in high school, her character and the clean content, are suitable for kids as young as 11 or 12 but also appeal to adults (like me).

I know I will recommend this book to other parents looking for a good jump start into Young Adult fiction for their kids and look forward to the possibility of other books following Autumn through her years at Dickensen Academy. I want to know where the cool school secret (I'm not telling what it is) will lead (both good and bad) and how Autumn will adapt as she learns more and more about her special skill set.
Read more

Alexis
5.0 out of 5 stars Dickensen Academy
Reviewed in the United Kingdom on August 24, 2019
Verified Purchase
Absolutely loved this book!!!!! Cant wait to read more of this fantastic series! Cant wait to find out what happens next!
Read more
Report abuse
See all reviews