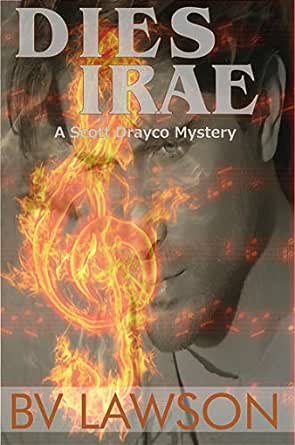 You've subscribed to Scott Drayco Mystery Series! We will preorder your items within 24 hours of when they become available. When new books are released, we'll charge your default payment method for the lowest price available during the pre-order period.
Update your device or payment method, cancel individual pre-orders or your subscription at
Your Memberships & Subscriptions
There was an error. We were unable to process your subscription due to an error. Please refresh and try again. 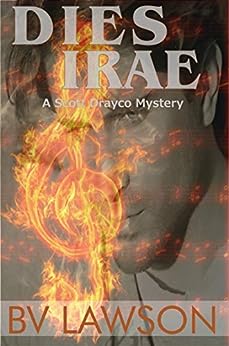 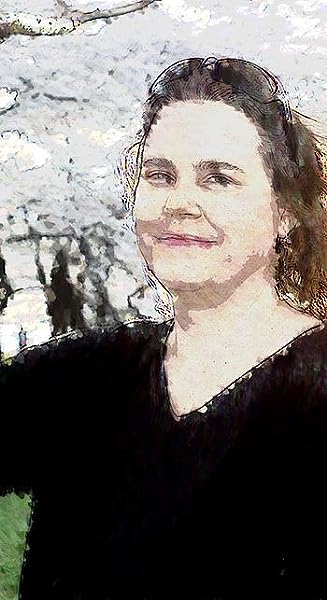 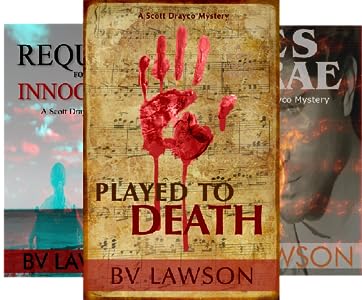 "Worth putting on your reading list." - The Library Journal

"BV Lawson has created a memorable character in Drayco, a concert pianist turned FBI agent, turned crime consultant. He also has the fascinating condition of synesthesia, which not only adds a mysterious depth to his character it is integral to the plot." - Big Als Books & Pals

"Lawson uses the gothic features of the abandoned Opera House to great effect, creating an atmospheric background for the crimes and the solving of them, all of it accompanied with music that's almost like another character. The pace never sagged and it kept me enthralled." - Long and Short Reviews

"Lawson's book was so good, I read it twice from beginning to end...The citizens of Cape Unity are as diverse and multi-layered as any person living in the large cities, and Lawson portrayed them splendidly." - Reader's Favorite Reviews

"The storyline here is nicely structured, and creatively ties together two murder mysteries, which occurred decades apart. The small town setting is ideal, the lead character engaging, and the supporting cast interesting and diverse." - Omnimystery News

"Now this story was close to brilliance...The plot was fast, dark and thrilling." - IHeartReading.net

All in all, an excellent read for lovers of quality mystery fiction." - Jacqueline Seewald, author of The Inferno Collection

Author, poet, and journalist BV Lawson's award-winning stories, poems and articles have appeared in dozens of publications and anthologies. A four-time Derringer Award finalist and 2012 winner for her short fiction, BV was also honored by the American Independent Writers and Maryland Writers Association for her Scott Drayco series, with the debut novel, PLAYED TO DEATH, named Best Mystery in the 2015 Next Generation Indie Book Awards and a Shamus Award finalist. BV currently lives in Virginia with her husband and enjoys flying above the Chesapeake Bay in a little Cessna. Visit her website and sign up for her newsletter at bvlawson.com. No ticket required. --This text refers to the paperback edition.

4.5 out of 5 stars
4.5 out of 5
58 customer ratings
How does Amazon calculate star ratings?
Amazon calculates a product’s star ratings based on a machine learned model instead of a raw data average. The model takes into account factors including the age of a rating, whether the ratings are from verified purchasers, and factors that establish reviewer trustworthiness.
Top Reviews

Bev
5.0 out of 5 stars A musical message could be the key to solving a murder. Can Drayco do it in time?
Reviewed in the United States on January 5, 2017
Verified Purchase
When Scott Drayco's old partner from the FBI shows up at his front door, he knows trouble follows. They have not spoken to one another in over 3 years after "the incident" that had Drayco resigning from the force. But Mark "Sarg" Sargosian needs Drayco's special talent to help solve a murder at the college where his daughter goes to. A very prestigious college. The girl murdered was an opera singer, so Sarg needs Drayco to use his synesthesia abilities to figure out the messages that the girl was getting before she was killed. After all his own daughter was friends with her and could possibly be the next target. Can Drayco figure out the messages and the reason the girl was killed before anyone else gets hurt or killed? Can Drayco and Sagr mend their ways after all this time? Read this fast paced, thriller to find out.I was provided a complimentary copy of this book so I could give an honest review.
Read more
Helpful
Comment Report abuse

JKD
5.0 out of 5 stars This series is very powerful !
Reviewed in the United States on March 4, 2019
Verified Purchase
Scott Drayco’s former partner at the FBI, Mark "Sarg" Sargosian, comes to him for a personal favor. They haven’t spoken in three years (I won’t tell you why), so Drayco is taken by surprise. Sarg’s daughter, Tara, is in college, and a friend of hers has been murdered. Sarg wants Drayco’s help in solving the murder before Tara becomes the next target. Intriguing plot and definitely a great installment. I’m now reading the fourth book, and I hope to see many more books in this series!
Read more
Helpful
Comment Report abuse

jolkay
5.0 out of 5 stars Best Series I have Read in a Long While!
Reviewed in the United States on December 9, 2015
Verified Purchase
Oh my just finished this one. Totally Awesome!!!! My favorite of the three.. But I loved all of them. Scott Drayco -- my new hero. Loved the name that Tara gave him. (Not telling -- you read it to find out).. Very exciting read, was bouncing on edge of my chair as I read the ending.

I will not critique a story. If I like it Which I do!!! Then I will encourage you to read it. You will not be disappointed..
Read more
Helpful
Comment Report abuse

linda nash
2.0 out of 5 stars tedious
Reviewed in the United States on October 26, 2018
Verified Purchase
DEAR GOD SO MUCH UNNECESSARY DETAIL. WHEN YOU CAN SKIP 15 PAGES AND STILL BE IN SAME SITUATION! DONOT HAVE TO DESCRIBE EVERY STITCH SOMEONE IS WEARING OR GIVE HISTORY LESSONS. STORY IS GOOD BUT SO MUCH FILLER WORDS
Read more
Helpful
Comment Report abuse

Jane
4.0 out of 5 stars Surprising plot and well-developed characters
Reviewed in the United States on October 26, 2016
Verified Purchase
The author is definitely getting better over the course of writing for this lead character. Scott Drayco gets more complex with every book and the story is more twisting and turning. I was surprised at regular intervals right up to the end.
Read more
One person found this helpful
Helpful
Comment Report abuse

Bill
5.0 out of 5 stars Really Good Series
Reviewed in the United States on December 13, 2016
Verified Purchase
The third in the series is just as in intriguing as the first two. Well written and thought out plot makes for a fast moving and logical story. I cheated and read four books, but out of sequence. It made no difference. Each stands well on it's own. Waiting for a fifth story.
Read more
Helpful
Comment Report abuse

Kindle Customer
5.0 out of 5 stars Great series to read.
Reviewed in the United States on October 20, 2015
Verified Purchase
Just finished this book and wanted to write a review right away. Love the Drayco books. Have read them all and am fascinated by Scott Drayco. Was very glad to see a reconciliation of sorts in this book. Read to understand what I mean. Don't want to give anything away. If you like good mysteries with a very good hero, these are the books for you.
Read more
Helpful
Comment Report abuse
See all reviews from the United States

Mary Fleming
4.0 out of 5 stars Great Series
Reviewed in the United Kingdom on December 21, 2018
Verified Purchase
Loved the Characters and story
Read more
Helpful
Sending feedback...
Thank you for your feedback.
Sorry, we failed to record your vote. Please try again
Report abuse

Amazon Customer.
5.0 out of 5 stars Excellent would recommend
Reviewed in the United Kingdom on August 12, 2016
Verified Purchase
Good read . Keeps you guessing on both killer and personal routes. Can't wait for next instalment.
Would definitely recommend
Read more
Helpful
Sending feedback...
Thank you for your feedback.
Sorry, we failed to record your vote. Please try again
Report abuse

suzeq
4.0 out of 5 stars Great read!
Reviewed in Canada on March 5, 2018
Verified Purchase
I thought it was a great read, hard to figure out but in the end it fit!!! Happy reading! Thanks
Read more
Helpful
Sending feedback...
Thank you for your feedback.
Sorry, we failed to record your vote. Please try again
Report abuse