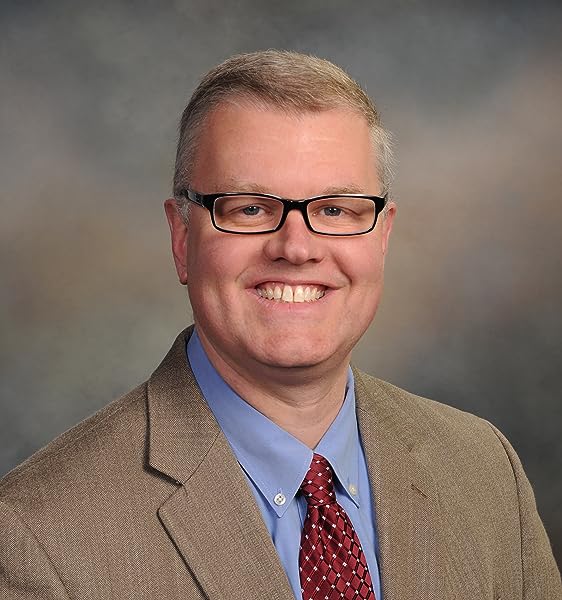 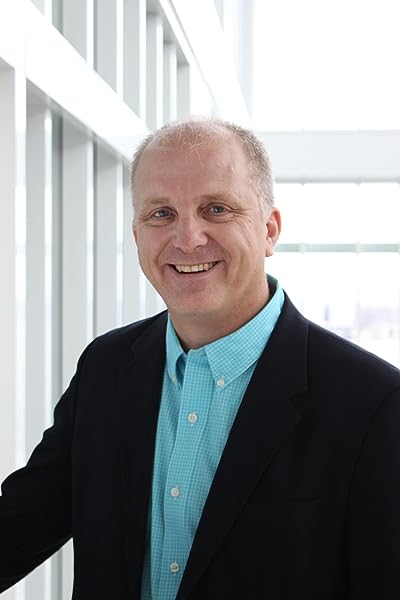 Scott McLeod, an associate professor of educational leader­ship at the University of Colorado Denver, is widely recog­nized as one of the United States' leading experts in preK-12 school technology leadership. He is the founding director of the University Council for Educational Administration's Center for the Advanced Study of Technology Leadership in Education, the only U.S. university center dedicated to the technology needs of school administrators. He is co-creator of the Did You Know? (Shift Happens) video series and the trudacot (technology-rich unit design and classroom obser­vation template) technology integration discussion protocol.

Scott has worked with several hundred schools, districts, universities, and other organizations and has received numerous awards for his technology lead­ership work, including the 2016 Award for Outstanding Leadership from the International Society for Technology in Education (ISTE). In 2015, he was one of three finalists to be the director of the Iowa Department of Education. In 2011, he was a visiting faculty fellow at the University of Canterbury in New Zealand. Scott was one of the pivotal figures in Iowa's grassroots one-to-one computing movement, which has resulted in more than 220 school districts providing their students with powerful learning devices, and founded the annual Iowa one-to-one Institute and EdCampIowa.

Scott blogs regularly about technology leadership and shares numerous resources through his Digital Leadership Daily SMS service. Scott is a frequent keynote speaker and workshop facilitator at regional, state, national, and inter­national conferences. He has written 170 articles and other publications and is the co-editor of What School Leaders Need to Know About Digital Technologies and Social Media.

Dean Shareski is the community manager for Discovery Education Canada. He taught grades 1-8 for fourteen years and spent nine years as a digital learning consultant for Prairie South School Division in Moose Jaw, Saskatchewan. In addition, he has taught and designed courses both at the University of Regina in Saskatchewan and at Wilkes University in Pennsylvania.

Dean's blog, "Ideas and Thoughts," consistently ranks among the top educational blogs. He also blogs for Tech and Learning and The Huffington Post. In 2010, he won the International Society for Technology in Education (ISTE) Award for Outstanding Leader of the Year.

Dean has had the opportunity to speak to a variety of education audiences within the United States and Canada, as well as outside North America. He believes humor and humility go a long way in supporting and advocating transformational practices in teaching and learning. More importantly, his efforts to promote joyful learning and working environments remain his greatest passion.

He holds a master's degree in educational technology from the University of Saskatchewan. Dean has been married to his wife, Paula, for more than thirty years, and together they celebrate their four children and their families. When he's not teaching and sharing, you might find Dean on a golf course.

To learn more about Dean's work, visit his blog, "Ideas and Thoughts" (ideasandthoughts.org), or follow @shareski on Twitter.

Start reading Different Schools for a Different World on your Kindle in under a minute.

4.8 out of 5 stars
4.8 out of 5
25 global ratings
How are ratings calculated?
To calculate the overall star rating and percentage breakdown by star, we don’t use a simple average. Instead, our system considers things like how recent a review is and if the reviewer bought the item on Amazon. It also analyzes reviews to verify trustworthiness.
Top reviews

Go WSU Cougars!
5.0 out of 5 stars School is no longer constrained to how far the bus can travel in the morning.
Reviewed in the United States on September 12, 2017
Verified Purchase
Actually bought two copies of this excellent book. One for my Kindle and a hard copy to share. This book is not a long read. It’s about 60 pages. Don’t let that fool you. A favorite college professor, Dr. Ruth Slonim, once said, “Good writing is not when there’s nothing more to add, rather when there’s nothing more to be taken away.” This book is lean and dead on point. A literal wake up call. The authors share '6 arguments for making schools different.' Each argument is absolutely spot on. I've been a public school educator for 34 years, including 16 in the classroom. Any school or district contemplating change will do itself a favor by reading this book. It's a map for change. The change and a hard look at reality will require leadership, courage, and energy. This excellent book provides a starting place for conversation and action.
Read more
4 people found this helpful
Helpful
Comment Report abuse

Rebecca
5.0 out of 5 stars I am a better person / educator / leader for having read it ...
Reviewed in the United States on October 12, 2017
Verified Purchase
Reading this book not only revealed to me essential insights into the complex world of education but also helped me focus my own perspectives on each topic. Each chapter focuses on a major area we should be understanding and acting on as educators (information literacy, economics, boredom, and innovation to name a few), and the book wraps up with a number of powerful examples of deeper learning happening in schools around the world. This relatively short book (a quick read for administrators, educators, and leaders) provides a disproportionately large amount of knowledge and action steps to move classrooms toward environments that are rich in cognitive complexity. I am a better person / educator / leader for having read it and highly recommend it to those who think differently about K12 education.
Read more
3 people found this helpful
Helpful
Comment Report abuse

Kyle Pace
5.0 out of 5 stars Something for all education stakeholders in this book
Reviewed in the United States on February 18, 2018
Verified Purchase
Dean and Scott are two people whose work I have admired for a long time. They are not only leaders in changing the way we think about school, they are just good humans. This should be standard reading for all new and veteran administrators at both the school and district level. If you're a classroom teacher that is looking to help make school a little less like school and bring deeper levels of learning to your classroom you'll enjoy this book too. This book will jumpstart important conversations that need to happen now.
Read more
Helpful
Comment Report abuse

Nicholas Provenzano
5.0 out of 5 stars Perfect book for schools looking to start an important conversation
Reviewed in the United States on December 4, 2017
Verified Purchase
I was excited to get this book because Dean and Scott are both experts in their fields and have important things to say about how we need to change education to better prepare the students for tomorrow. The book is very well researched and their simple suggestions to make impactful change are exactly what a teacher needs to improve their practice for the benefit of their students. If you are looking for a solid read for yourself, your department, or your entire school, this is the perfect book to start the right conversations.
Read more
Helpful
Comment Report abuse

Pen Name
5.0 out of 5 stars A must read for teachers, administrators, and parents!
Reviewed in the United States on December 7, 2017
Verified Purchase
Scott & Dean produce a brief yet powerful work on the persistent speed bumps in education and provides means to overcome them. Backed by impeccable research in an easy to access volume, Different Schools highlights how quality education that fosters innovation and creativity through deep and meaningful learning can facilitate educators in bridging the digital divide and helping teachers be successful in their classroom. This is a must read by all!
Read more
Helpful
Comment Report abuse

Darren Draper
5.0 out of 5 stars Perfectly Designed for the Busy School Administrator
Reviewed in the United States on September 30, 2017
Verified Purchase
McLeod and Shareski have knocked it out of the park with this latest title! If you’re looking for solid rationale as to why schools should more aggressively pursue deeper learning, then this book is for you.

It's practical with strong arguments and is a length that every school administrator can manage. In addition, the list of deeper learning schools in its final pages appears helpful; I look forward to analyzing the highlighted schools in greater depth.

Sam Van Hefty
5.0 out of 5 stars For educators who want to bring their school into the 21st century
Reviewed in the United States on October 31, 2017
Verified Purchase
In reading Different Schools for a Different World, I found myself constantly saying "Of course"! McLeod and Shareski are completely accurate in their assessment that schools have great opportunities to make proactive changes in increasing student engagement. Not only is this book direct and to the point, it also provides readers with Practical Steps and Strategies to help get immediate results. A must read for people who truly want to be 21st century educators!

Matt Miller
5.0 out of 5 stars Research and examples in an accessible format
Reviewed in the United States on December 20, 2017
Verified Purchase
I hear it from teachers all over the United States in schools where I work ... They want to know the research behind best teaching practices, and they want to see examples of how it works in real schools. That's what Scott and Dean have created in this book. It's an accessible text where they've boiled down the most important points. Teachers and school leaders can digest this book and make research-driven changes immediately.
Read more
Helpful
Comment Report abuse
See all reviews