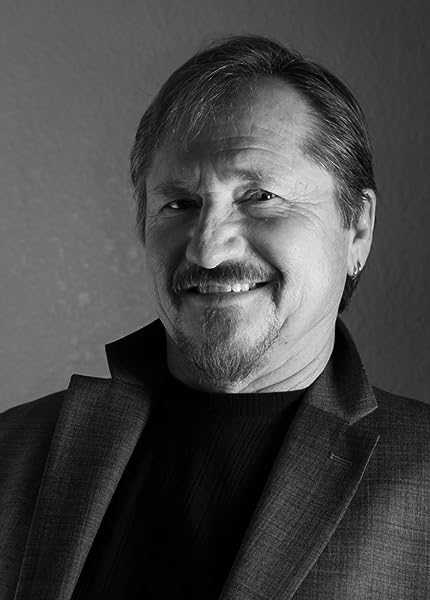 Gr 4–6—This illustrated title explores 19th-century coal mines, combining features of both historical fiction and informational texts. The book brings readers into the world of fictional Conall, a 12-year-old coal miner. Mines employed boys as young as eight to separate coal from useless rock or to run beside rolling coal cars and jam sprags (thick sticks) into the wheels to stop them (the cars had no brakes.) The work was dark, dirty, and dangerous. Preteens worked as mule drivers, trapper boys, and spraggers. Daily life underground is depicted through Conall's story: his work, his family, and his role in a heroic rescue after a cave-in. The narrative comes alive with colorful descriptions, such as stout timbers that groan and a "massive mountain…forever leaning in upon itself." Beautiful textured paintings rendered in the style of 19th-century Plains Indian drawings, with acrylic on wood panels, accompany the narrative. Numerous sidebars and archival photographs ground the story in the real world. A comprehensive author's note adds context with information about the Industrial Revolution, child labor, mining disasters, and the future of coal in the global environment. The back matter adds further depth. Consider pairing this title with Michael Burgan's Breaker Boys: How a Photograph Helped End Child Labor (Compass Point, 2011) or Kashmira Sheth's compelling Boys Without Names (S. & S., 2010), a first-person narrative about child sweatshop workers in modern India. A strong, vivid look at child labor issues.—Toby Rajput, National Louis University, Skokie, IL

"The narrative comes alive with colorful descriptions, such as stout timbers that groan and a “massive mountain...forever leaning in upon itself.” Beautiful textured paintings rendered in the style of 19th-century Plains Indian drawings, with acrylic on wood panels, accompany the narrative."
-- Toby Rajput, National Louis University, Skokie, IL, School Library Journal Published On: 2014-09-01

STARRED REVIEW
"The vivid narrative is valuable in helping readers understand not just the facts but also the experiences of miners in late-nineteenth- and early-twentieth-century America."
-- Carolyn Phelan, Booklist Published On: 2014-10-01

"Nelson’s acrylic-paint illustrations are gritty and realistic; more evocative still are the historical photographs that appear on nearly every page. A useful and thorough piece of work combining fiction and nonfiction, with an extensive author’s note detailing the history of coal mining."
, Kirkus Reviews

S. D. Nelson is a member of the Standing Rock Sioux Tribe in the Dakotas. He is the award-winning author and illustrator of numerous children’s books. He lives in Flagstaff, Arizona.
Read more

Start reading Digging a Hole to Heaven: Coal Miner Boys on your Kindle in under a minute.

BookLover
5.0 out of 5 stars Delighted to see S
Reviewed in the United States on October 15, 2014
Verified Purchase
Delighted to see S.D. Nelson reveal the depth of his illustrative powers in his latest children's book, “Digging a Hole to Heaven: Coal Miner Boys.” I own all of his children's books, but sensed the stylized native American books are just part of Nelson’s artistic range. As the bright palette of his early books has evolved into multiple layers of color and textures, he adds more complexity in his latest book to make an underground mine brim with light and color. The author’s passion for telling this story in words and pictures shines on every page.

Readers will find the visual experience of being underground in a mine (through Nelson’s eyes) as a riot of color and texture. With artistic illustration, he succeeds in creating a world in time and space, accessible for both young and old readers. Nelson’s heart for children and animals is evident in both his prose and paintings.

The story begins with some of Nelson’s best writing: “The stout timbers that supported the tunnel groaned and sometimes shifted. The massive mountain seemed alive, forever leaning in upon itself.”

The dense atmosphere created by the play of light on color in the mule stalls on pages 24-25 allow the reader to feel both the exhaustion of the boy and his mule, but also isolation and an odd serenity that comes from the companionship between humans and animals. There are many pages where the artwork alone ‘tells’ the story.

His ability to choose the right moment in his story and build an illustration with the most evocative elements possible makes this book an artistic high point in his already lauded career. Nelson has always had an uncanny ability to render the 'soul' of animals in his illustrations. In this story, the mule "Angel" is so realistic, you would think it could talk (page 26). I was very pleased to see all the attention to detail in the illustrations that showed life above-ground in the 'rich' world, and in the miners' homes.

S.D. Nelson, teacher, has a wider agenda than telling a simple story about child labor and animals in deep shaft coal mines at the turn of the century. He also wants to teach about the dangers of coal mining and what he perceives to be its dangers in today's climate-sensitized world. Although he makes a brief disclaimer about open-pit mining, Nelson provides the reader with real-world images of a century ago in underground mines in the eastern United States. As an author, his passion for the subject is obvious, and he continues to provide more resources on the subject in his author's notes, bibliography, and references. Those readers who believe in anthropocentric global warming will find common cause in this book.

Another reviewer has mentioned Nelson's 'didactic' tone in the writing. There are some moments in the story and author's notes where that is evident, but the power of this book isn't about the supplementary information, however illuminating.

The book is a tour-de-force of illustration, a feast for the eyes, and it should be valued as an integration of art, story, and history. I would like to see more of this kind of illustrative muscle from S.D. Nelson.

I noticed that on-line photographs of Nelson's artwork from this book do not do it justice. You need to see the book illustrations to appreciate the art.

M. Heiss
TOP 1000 REVIEWER
3.0 out of 5 stars Class warfare and anti-industrialization
Reviewed in the United States on July 24, 2016
Excellent illustrations can not make up for a class warfare drumbeat in this book. How dumb to spoil such a great story of boy-and-mule acting in ways dutiful and heroic with grubby accolades for the violent labor unions and disparaging remarks about the captains of industry.
Read more
Helpful
Comment Report abuse
See all reviews