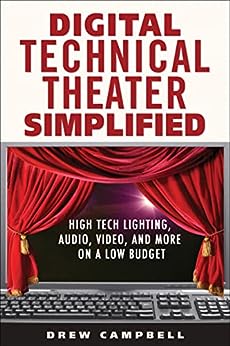 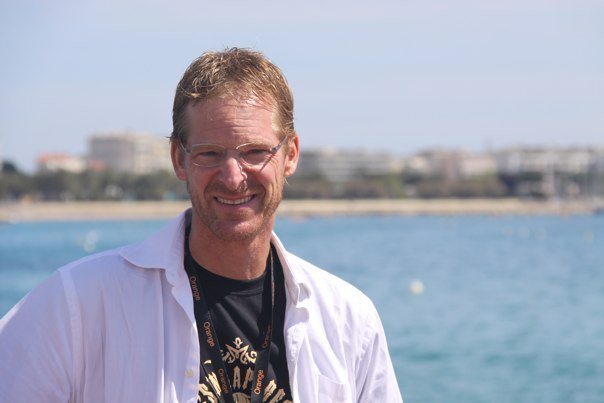 by Drew Campbell (Author) Format: Kindle Edition
See all formats and editions
Sorry, there was a problem loading this page. Try again.
The theater is in the midst of a digital revolution! This book provides readers with an easy-to-understand overview of the digital technology currently available for the stage. In clear language, Digital Technical Theater Simplified explains digital technology in the fields of lighting, audio, video, and show control. All chapters contain do-it-yourself examples of how anyone can use these advanced technologies, as well as case studies of ?How the Pros Do It.”
Read more
Previous page
Next page

Drew Campbell has been in the entertainment business as a stage technician, designer, film lighting technician, director, and teacher for more than thirty years. He has run his own business as an industrial videographer and editor, has worked backstage on hundreds of productions, including drama, opera, dance, fashion shows, conventions, horse shows, and athletic events and has taught at San Francisco State University for seven years. He is the author of Technical Films and Television for Nontechnical People (Allworth) and lives in Los Angeles, California.

After receiving my MFA in Theatrical Technology from the University of Illinois, I worked as a freelance designer and technician all over the US in theater, dance, corporate events, sports, and music, while helping to create a slew of events like Nordstrom fashion shows, thoroughbred auctions, the first nighttime bike race in Seattle, and the United Nations 50th Anniversary Celebration in San Francisco. In addition to my professional work, I have served on the faculty of San Francisco State University, the University of Texas, and Lick-Wilmerding High School in San Francisco, teaching diverse subjects from lighting and scenic design to animation, digital audio and theme park design.

In 2000, I began work as a technician, designer and videographer for Universal Studios Hollywood, the world’s largest theme park and movie studio. In 2007, I moved to Singapore as a ride and show producer for Universal Studios Singapore, where I produced several multi-million dollar attractions, including “Waterworld” and “The Jurassic Park River Adventure,” as well as the 130-zone park-wide audio system. I also consulted on the park-wide video system, as well as writing and directing content.

Besides my experience in live theatre and education, I have served as a website producer (Match.com, the world’s largest dating site); written, directed and edited corporate video (Microsoft, ALDO, American Cyanamid, Raffles Hotels, the Center for Creative Leadership, others); and made documentaries, including “Wonderful on Wheels,” which followed the distribution of 560 wheelchairs to impoverished communities in Ecuador. In 2010, I wrote and edited the National Geographic documentary “A Quiet Revolution.”

I am the author of four books, including Technical Theater for Nontechnical People, which is used by over 4000 students every year, Technical Film and TV for Nontechnical People, which won the Maine Photographic Institute Film Book Award, and my latest work, Digital Technical Theater Simplified. I have also authored dozens of articles for various publications, covering topics from theatrical technology to toy design to cheerleading.

Christopher C Perkins
4.0 out of 5 stars Four Stars
Reviewed in the United States 🇺🇸 on August 27, 2014
Verified Purchase
This is now part of the required reading for my students of theater and the drama club.
Read more
Helpful
Report abuse

jjtech
5.0 out of 5 stars awesome
Reviewed in the United States 🇺🇸 on February 21, 2014
Verified Purchase
A great layman's read on digital theatre production. Answers soooo many questions the average tech has. I will reference this often.
Read more
Helpful
Report abuse

Madeleine
1.0 out of 5 stars Unprofessional; badly written
Reviewed in the United States 🇺🇸 on June 7, 2013
Verified Purchase
The content seems valid enough--the author is well-informed on his subject matter--but it is so badly written (use of slang, vernacular expressions, immature humor, etc.) that I found it unreadable.
Read more
Helpful
Report abuse

Melody Carter
5.0 out of 5 stars Great
Reviewed in the United States 🇺🇸 on February 10, 2013
Verified Purchase
Came in great time and was in great shape. Looked like new like they said, i would buy from them again
Read more
Helpful
Report abuse

S. M.
4.0 out of 5 stars Easy to follow, broken into chapters to make it easier
Reviewed in Canada 🇨🇦 on October 21, 2019
Verified Purchase
Easy to understand and follow book. Not all original ideas but put together in an easy to follow format. I like how each chapter addresses a different are to consider while directing. Have lent to a couple of friends because theyw ere interested in specific chapter.
Read more
Report abuse
See all reviews
Report an issue
Does this item contain inappropriate content?
Report
Do you believe that this item violates a copyright?
Report
Does this item contain quality or formatting issues?
Report