Dignity for All: How to Create a World Without Rankism and millions of other books are available for Amazon Kindle. Learn more 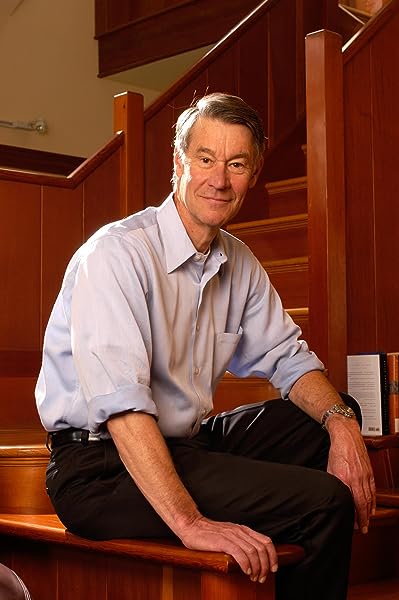 Dignity for All: How to Create a World Without Rankism Paperback – June 1, 2008

by Robert W. Fuller (Author), Pamela A. Gerloff (Author)
4.5 out of 5 stars 18 ratings
See all formats and editions
Sorry, there was a problem loading this page. Try again.

Praise from the Publisher

"Rankism is far more encompassing than racism, sexism, or ageism and it must be our prime target from now on."
--Studs Terkel, Pulitzer prize-winning author of Working

"Dignity for All gives us the essential tools to stop abuses of rank and to build high-performing institutions and organizations based on respect."
--Wes Boyd, co-founder, MoveOn.org

"This handbook brings an exciting new voice to social science and to the public as well. I believe that these ideas are destined to play an important role in our century."
--Thomas J. Scheff, Professor Emeritus of Sociology, University of California Santa Barbara

"A clear mandate for transforming our society into a true democracy."
--Rosalind Wiseman, author of Queen Bees and Wannabes

Robert W. Fuller earned his Ph.D. in physics at Princeton University and taught at Columbia, where he co-authored Mathematics of Classical and Quantum Physics. After serving as president of Oberlin College, he became a "citizen diplomat," working toward improving international relations during the Cold War. During the 1990s, he served as board chair of the non-profit global corporation Internews and promoted democracy via free and independent media. When the Cold War ended with the collapse of the USSR, Fuller reflected on his career and realized that he had been, at different times in his life, a somebody and a nobody. His periodic sojourns into "Nobodyland" led him to identify rankism--abuse of the power inherent in rank--and ultimately to write Somebodies and Nobodies: Overcoming the Abuse of Rank. Three years later, he published a sequel that focuses on building a "dignitarian society" titled All Rise: Somebodies, Nobodies, and the Politics of Dignity. With co-author Pamela Gerloff, he has also published Dignity for All: How to Create a World Without Rankism. His most recent books are Religion and Science: A Beautiful Friendship?, From Genome to Wenome: The Key to Universal Dignity, and The Rowan Tree: A Novel.

Pamela A. Gerloff is the founder of Compelling Vision(tm), a consulting business which provides presentations, training, and consulting to individuals and organizations seeking to create dignitarian environments.
Start reading Dignity for All: How to Create a World Without Rankism on your Kindle in under a minute.

Joyce
5.0 out of 5 stars A way to a better world
Reviewed in the United States on September 28, 2012
Verified Purchase
In his earlier books, Fuller exposed rankism: abuse of the power inherent in rank to exploit or humiliate someone of lower rank. Rankism occurs when a boss yells at an employee, when a doctor demeans a nurse, when a customer is rude to a waitress, when a company executive has an intimate relationship with an intern and she loses her job (but he doesn't). Rankism may take the form of sexual abuse by clergy, maltreatment of elders in nursing homes, humiliation of prisoners by guards, large nations intimidating smaller nations into serving the larger country's interests, or genocide. So, again, rankism occurs when those of higher rank (those with power over another) treat those of lower rank in ways that violate their dignity.

Fuller and Gerloff offer a guide to eradicate rankism. Explaining the need for the name "rankism," they remind us that it was only after naming "sexism" that the women's movement was able to focus the world's attention on gender inequality. There is a power in naming. Once you have a name for rankism you begin to see it everywhere. Understanding rankism makes us more conscious of our dignity and that of others. Rankism is particularly useful as a concept because it underlies all other "isms," such as racism and sexism.

The book helps you to notice rankism, from the subtlety of a raised eyebrow or an impatient sigh to humans misusing other species. It suggests ways to start a dialogue about it. There are stories of how others have spoken up effectively when they encountered rankism. One woman heard two women at the airport baggage claim voicing their prejudices against lesbians. She said: "I couldn't help but overhear your conversation. I'm a lesbian, and I don't think I'm that bad or dangerous."

The authors point out that a paternalistic system is inherently rankist, no matter how benevolent, because it presumes that those in power always know best what is important for others even without asking them. They suggest doing away with rankism by focusing on a particular area -- your home, school, church, work, local or national government. They lay out a step by step plan you can follow.

The book includes helpful questions to reflect on your own experience, both of being treated with less than respect and of treating others disrespectfully. Undergirding this movement are the assumptions that every person is inherently worthy and has a place regardless of rank and that when all are treated with dignity, the world works better and people are more creative, more productive, healthier, and happier.

M D Brady
5.0 out of 5 stars Good Book. Great condition.
Reviewed in the United States on November 2, 2018
Verified Purchase
This was a replacement for oneI gave away. Rankism is a scourge in workplaces and society as a whole.
Read more
Helpful
Report abuse

Barnes
1.0 out of 5 stars pathetic
Reviewed in the United States on October 28, 2013
Verified Purchase
This book fails to live in the real world where leaders must take charge and make hard decisions to move a company or organization forward. If we all lived in Fuller's dignitarian society we the world would be a place of chaos and anarchy. This works as a short essay on respect and dignity but as a book and a larger model for an idealistic society his ideas fall very, very short.
Read more
2 people found this helpful
Helpful
Report abuse

R. J. Miller
5.0 out of 5 stars Revising core cultural beliefs
Reviewed in the United States on August 11, 2008
Authors Robert Fuller and Pamela Gerloff propose an audacious goal: "to outline a pathway into a bold new world." They maintain that the failure to afford dignity to all persons is at the root of much of the unnecessary suffering, injustice and violence in the world, and that the simple (though elusive) intention to treat each individual with respect could provide societies with a fundamentally different moral and ethical compass. A "dignitarian" society, or a "culture of dignity," would fully honor the founding principles of American democracy and universal principles of human rights. According to Fuller and Gerloff, modern democracies have advanced toward these principles by identifying and addressing social realms where injustice has existed, and now, the simple conceptual tool of "rankism" enables us to identify, and begin to root out, the widespread abuse of power arising from social status and position. They suggest that "rankism" may well be the "overarching ism" that fuels all the specific variants of inequality, discrimination, and oppression.

The book is written in a deceptively simple style, to demonstrate that individuals can begin to recognize the many subtle ways that rankism operates in common, everyday behavior. The book does not propose a sophisticated political, ideological, or economic analysis because the authors suggest that the shift from rankism to dignitarian society is more basic, more elemental, than those layers of social reality. In this sense, the book's analysis offers a practical variation on Riane Eisler's concept of "dominator" vs. "partnership" cultural orientations--broad cultural templates that underpin a wide range of institutions, beliefs, and mundane, taken-for-granted habits.

Dignity for All does not dwell on this or other theories, but focuses on specific strategies for rooting out the dominator (rankist) mindset wherever it might be found. It is a handbook for a subtle revolution in values that could lead to a more collaborative, egalitarian society.
Read more
7 people found this helpful
Helpful
Report abuse

MP
5.0 out of 5 stars Add this book to your reading list!
Reviewed in the United States on August 27, 2008
At some point during our education or careers, we've all experienced the effects of rankism--the abuse of rank by someone in a position considered "higher" or "more important" than our own. Until now, however, we haven't had the terminology or framework for discussing its effects on our lives and on society as a whole. In this enlightening little book, the authors provide a comprehensive description of a topic that's particularly relevant today. Gerloff and Fuller have accomplished the difficult task of making a complex topic accessible and highly readable. By identifying the serious, negative effects that rankism has had throughout history and some of the ways that we ourselves may have participated in rankism in some capacity, this book will serve to open the eyes of all readers. Most impressive, however, is that the authors do not focus solely on the problem, but also provide a vision of a society that is kinder, gentler, and more respectful of all its people. Using personal examples and stories, the book clearly illustrates the detrimental effects of rankism on society while also offering practical strategies that we as individuals can take to overcome rankism and create a society based on dignity and respect.
Read more
3 people found this helpful
Helpful
Report abuse
See all reviews

Aisha-Hannah
4.0 out of 5 stars The product came in good condition as stated
Reviewed in the United Kingdom on January 18, 2019
Verified Purchase
good book needed for my studies
Read more
Report abuse
See all reviews

See all deals
Page 1 of 1 Start overPage 1 of 1
Previous page
Next page
Back to top
Get to Know Us
Make Money with Us
Amazon Payment Products
Let Us Help You
EnglishChoose a language for shopping. United StatesChoose a country/region for shopping.
© 1996-2021, Amazon.com, Inc. or its affiliates