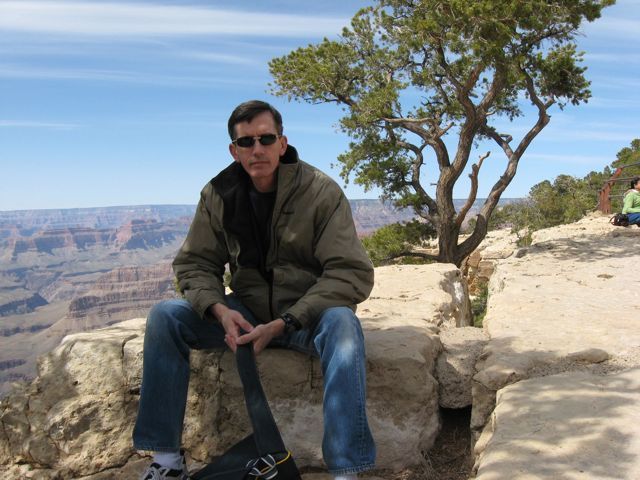 A Tyrannosaurus Rex, nuclear explosions, and sacrificial Mayan rituals collide in David's entertainingly goofy third thriller set in a world in which prehistory has invaded the present (after 2006's Thunder of Time). As Director of the Office of Security Science, Nick Paulson continues to deal with the time waves that, 18 years before, swept Earth, intermixing the Cretaceous and modern periods, leading to jungles overrunning human habitations and dinosaurs running amok among humans. If that's not bad enough, hapless astronauts discover that a T. Rex has somehow reached the moon, while a war brews between embattled human survivors, who have turned to religious mysticism, and an intelligent new species descended from dinosaurs. The ultimate threat lies, however, in the imminent approach of the same asteroid that originally rang down the curtain on the prehistoric era. Readers who don't expect plausible, Crichtonesque explanations for all this may enjoy David's baroquely over-the-top storytelling. Agent: Carol McCleary, Wilshire Literary Agency (Dec.)

Time waves have swept Earth and taken over areas of the planet. Major cities are missing huge chunks, and dinosaurs roam in between. Eighteen years have passed since the event, and people seem to be adjusting to the changes. Then the waves return, and alternate timelines are created. The unraveling of time is creating chaos for everyone, especially Nick Paulson, who heads the government department charged with dealing with what the waves have wrought. It doesn’t help that new and dangerous dinosaurs are appearing in populated areas, and a small town and its population have been transported back to the Cretaceous period, right before the cataclysmic asteroid that wiped out the dinosaurs is due to hit the earth. This intense thriller is David’s best novel yet. Even readers not familiar with the first two entries in the series—Footprints of Thunder (1997) and Thunder of Time (2006)—will find it easy to jump in here. A great book to add to the “If you liked Jurassic Park” reading list. --Jeff Ayers

“The best modern novel to deal with the intrusion of living dinosaurs into the present . . . briskly paced, convincing, and exciting.” ―The Statesmen Journal (Salem Oregon) on Footprints of Thunder

“For those who can't get their fill of dinosaurs and lots of action, try this splendid story of man's deeds coming back to haunt the modern world . . . magnificently executed.” ―Star Banner (Ocala, Florida) on Footprints of Thunder

James F. David has a Ph.D. from Ohio State University and is currently Dean of the School of Behavioral and Health Sciences at George Fox University in Newberg, Oregon. He is the author of the dinosaur adventures series that includes Footprints of Thunder, and Thunder of Time, and the thrillers Ship of the Damned and Before the Cradle Falls, as well as the Christian rapture series that begins with Judgment Day. He lives with his wife in Tigard, Oregon.

Start reading Dinosaur Thunder on your Kindle in under a minute.

Jon B.
4.0 out of 5 stars Dinosaurs, Take me To The Moon!
Reviewed in the United States on May 21, 2016
Verified Purchase
Dinosaur Thunder was a good read. Easy to follow and a trip with characters you wanted to be with. The confusion of the opening chapters was deliberate and a good contrivance to pique your appetite with wonder at what was going on. I loved "Reverend" as a character you were supposed to hate but ended up admiring. Ditto the "big boned" Park Ranger whose name escapes me.
The ending could have seemed contrived, but actually made for an exciting few chapters as the KT Boundary became a character in itsw own right.
Well worth the time to read and now I have to get the prequel that I didn't know existed, but had to.

King Reviewer
VINE VOICE
3.0 out of 5 stars Dinosaur Lost some of its Thunder
Reviewed in the United States on December 3, 2013
Verified Purchase
We really loved this series. The first two were up there with Michael Creighton's Jurassic Park book and movies.

Even though this 3rd entry was not as good as the first two, there were still awesome concepts in this one that were 5-star. There are not many authors penning dinosaur novels nowadays, but this author knows how to write an exciting dino yarn.

Although this is a series, one can actually read any one which can stand alone. Yes, there are a few characters that are in all 3 books, but in this one, new characters are introduced. Loved the hot babe that had baby raptors for pets!

Terri
5.0 out of 5 stars Hope Book 4 is already in the works!!
Reviewed in the United States on January 12, 2013
Verified Purchase
I loved all the books in this series! James F. David is a master storyteller that gets right into the thick of the plot from page one and keeps you interested all the way to the end. He keeps you spellbound, like you're living the story with the dharacters! The reader needs to have an adventurous, open mind to read and enjoy them, like the early works of James Rollins (Amazonia, Subterranean, Excavation, etc)! And anyone who reads this genre knows what a compliment I mean that to be. Just wish I had heard back from him about whether there will be another book in the series! Again, great book and highly recommend! I'll be happy to proof read the next one for him.....lol
Read more
One person found this helpful
Helpful
Comment Report abuse

SEAL Dad
3.0 out of 5 stars An unusual turn of events
Reviewed in the United States on June 25, 2018
Verified Purchase
A different story about time travel into the past and dinosaurs but somewhat confusing also. I can say I enjoyed the storyline while also noting some loose ends and a few typos. I didn’t read the first book as this was a sequel but glad I limited myself to this second book.
Read more
Helpful
Comment Report abuse

Avid reader
5.0 out of 5 stars Step aside Jurrasic park!!
Reviewed in the United States on January 3, 2014
Verified Purchase
For people who like an excellent story about dinosaurs in our timeline buy this book, but read the first two. Writers in Hollywood should start writing a screen play & make movies out of the series instead of reproducing older movies! The storyline & charactors are original. The explanations of the plots are explained w/ just enough plausable scientific theory that the reader can actually understand w/o getting mentally constipated overthinking. Kudos to the author!
Read more
One person found this helpful
Helpful
Comment Report abuse

Tom Joneson
5.0 out of 5 stars WEIRD SCIENCE AT ITS BEST
Reviewed in the United States on September 14, 2015
Verified Purchase
I JUST LOVE THIS ENTIRE SERIES. HIGHLY RECOMMEND IF YOU LIKE ACTION AND WEIRD SCIENCE LIKE I DO
Read more
Helpful
Comment Report abuse
See all reviews

Mark Heber
4.0 out of 5 stars Not as good as the first books but still not bad.
Reviewed in Canada on February 7, 2013
Verified Purchase
I had high expectations for this book but I guess that was unreasonable. Nevertheless, I enjoyed it but it is not a stand alone novel.
Read more
Report abuse

Page 1 of 1 Start overPage 1 of 1
Previous page
Next page
Pages with related products. See and discover other items: cretaceous period