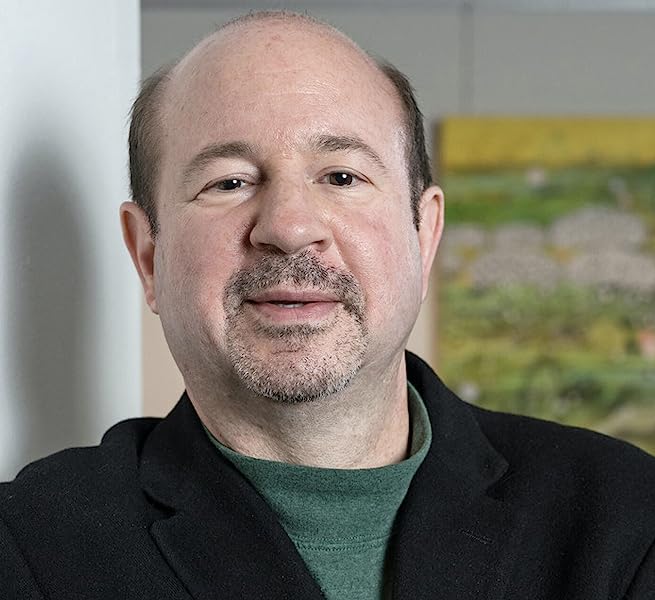 Dire Predictions: Understanding Global Warming - The Illustrated Guide to the Findings of the IPCC Paperback – July 21, 2008

Dire Predictions is a must read for anyone who wants the straight facts on global warming. It cuts to the heart of the massive 2007 IPCC report, presenting major scientific findings in easy to understand language and graphics. Written by two of the scientific community's most thoughtful researchers, Dire Predictions' unbiased message about global warming arrives at a time when people need it most! -- Heidi Cullen, The Weather Channel

Here's a powerful, straight-forward guide to how scientists, economists, and engineers really understand the problem of global warming. It makes 20 years of research and consensus-building completely accessible to anyone who cares to know the truth--and to do something about it. -- Bill McKibben, author of The End of Nature

4.5 out of 5 stars
4.5 out of 5
174 global ratings
How are ratings calculated?
To calculate the overall star rating and percentage breakdown by star, we don’t use a simple average. Instead, our system considers things like how recent a review is and if the reviewer bought the item on Amazon. It also analyzes reviews to verify trustworthiness.
Top reviews

Thomas Wikman
5.0 out of 5 stars Why we all should care
Reviewed in the United States on June 17, 2016
Verified Purchase
This book does not go into depth on climate science or atmospheric physics. There are other books for that. What this book does is explain the basics of climate science, what is understood and what is not understood. It discusses projections and what they mean in terms of consequences and what climate change means for us and future generations, and what can be done about it. It presents the facts using simple language and colorful graphs, maps and pictures. The authors do not exaggerate or try scaring you; they are just telling us what the situation is. The book has five sections, each section starting out with a short summary of key ideas.

There’s so much misinformation about climate change being spread in this country. I think I see more falsehoods and nonsense on the topic than I see useful information. Having a book, like this one, that summarizes the basics in a format that is easy to understand and remember is invaluable in this situation. The more everyone understands about the topic, the less impact the disinformation will have. Therefore this is a very important book.

The book is well written and well organized. It’s the perfect basic climate change book for the average reader. Some of my favorite sub sections were; “Fingerprints distinguish human and natural impacts on climate”, “How sensitive is the climate”, “The Faux Pause”, “Past IPCC projections, how did they do?”, and “The Ethics of Climate Change”, and also having the glossary was nice. One minor complaint I have is that the book has so many background photos and colors that it is difficult to highlight text. This is a very good book that I suggest that everyone reads.
Read more
16 people found this helpful
Helpful
Comment Report abuse

TimP
5.0 out of 5 stars 2nd Edition Update on AGCC. Get It While It's (Not Too) Hot!
Reviewed in the United States on September 22, 2015
Verified Purchase
The first edition of this book was published seven years ago. A lot has been learned since that time of the 4th meeting of the IPCC. This is the latest from their 5th meeting early 2015

The think this is a fine reference for one who has some science education and interest on the pressing, global issue of AGCC (anthropogenic global climate change). IPCC (International Panel on Climate Change) is responsible for gathering and summarizing the empirical picture of what's going on. Dire Predictions gives graphic summaries of experimental results with text explaining the data and probably implications for present and future conditions for life on Earth, physically our sole mutual home.

Data can be daunting to make sense of, but the objective of the book is to make it available and attractively presented in hard copy. It is colorful and illustrated, often with dramatic photos in background. Scattered through the book are also QR links, like bar codes that you can scan with your smart phone to access links to relevant websites and online videos. The graphics and pictures substitute for a few thousand words. Some pages have pointers that refer you to other page numbers that provide helpful backgrounds or relevant topics

I view this as a reference that helps build knowledge as you progress through but it's not to read the chapters in sequence. I'd recommend the beginning for some vocabulary and fundamentals. The further sections of the book are Projections, Impacts, and Solutions, and can be explored in whatever order you wish. Some pages have pointers that refer you to other page numbers. I also can flip through it and peruse one by one the two-page spreads which are common throughout.

By accessing these pages randomly or more sequentially, I can either way add to my knowledge and learn what the best scientists are discovering, and how to speak the language of climate science.
Read more
14 people found this helpful
Helpful
Comment Report abuse

Jonathan Koomey
5.0 out of 5 stars A terrific and readable summary of climate science, from two of the world's experts
Reviewed in the United States on January 21, 2016
Verified Purchase
The reports produced by the Intergovernmental Panel on Climate Change contain the sum total of scientific knowledge on climate change science, mitigation, and adaptation. The long lead times needed to produce such comprehensive documents means that they inevitably omit the latest scientific findings when the reports are finally approved and published, but those reports are still a treasure trove for researchers working on most aspects of climate science and solutions.

What are great resources for researchers, however, are not necessarily accessible for the intelligent lay reader. For that much broader audience there is the excellent compilation of the IPCC’s findings from Professors Michael E. Mann and Lee R. Kump of Pennsylvania State University. The book, titled Dire Predictions: Understanding Climate Change—the Visual Guide to the Findings of the IPCC, is now out in its second edition.

A real strength of this book is that the authors distill what’s important, so you don’t have to. The book is visual, as the title implies. It has pictures on every page, and is chock full of key graphs from the IPCC reports. The prose is clear and concise, and is written for a Scientific American level audience (i.e., lay readers who take an intelligent interest in science and who are not scared off by graphs). If graphs aren’t your thing, you can still learn a great deal by just reading the text.

The structure of the book is very close to the 1st edition, with five major sections:

Part 3: The Impacts of Climate Change

In each section you’ll find short (1-3 page) sections covering each key topic, so it’s relatively easy going. The 2nd edition contains 16 more pages than the 1st edition, and that new material highlights findings that have become more salient in recent years. Those new topics include:

Where is all that heat going?

Welcome to the Anthropocene

How sensitive is the climate?

Past IPCC projections: How did they do?

It’s all about the economy

Dire Predictions is a wonderful summary of climate science for the lay reader, and I highly recommend it. If you pair it with Joe Romm’s Climate Change: What Everyone Needs to Know (which is equally readable and contains more extensive treatment of climate economics, policy, and solutions) you’ll have complete and up to date knowledge of climate change and what we can do about it. Both books together would work well as the basis for high school, college, and graduate level classes, or as the core resources for reading clubs exploring climate change. If you care about climate, these books are “best in class”.

hilary taylor
4.0 out of 5 stars Four Stars
Reviewed in the United Kingdom on February 8, 2018
Verified Purchase
I liked it but its a bit like preaching to the converted
Read more
Report abuse

Tonie M. van Dam
5.0 out of 5 stars Five Stars
Reviewed in the United Kingdom on March 3, 2016
Verified Purchase
arrived on time and as described. could not ask for more.
Read more
Report abuse

Lyle Decaire
5.0 out of 5 stars A good beginners Primer on C.C.
Reviewed in Canada on June 18, 2016
Verified Purchase
It is a good, clear summary of the main elements of climate change and its potential impacts. I believe that it underplays the need for decisive action needed to reduce the impacts 200+ years down the road. Also it appears that some of the data is now out of date, but that is understandable given the rate of change of events and knowledge. It is a good book for someone who wants to begin to understand what is happening.
Read more
One person found this helpful
Report abuse

J. Gomes
4.0 out of 5 stars Clarifies a huge subject into a readable text.
Reviewed in Germany on August 9, 2009
Verified Purchase
This book is a great reference to the environmental report of the IPCC. Some background knowledge in science is helpful though not necessary to understand the full idea of what this report puts forward.
A book to go back to again and again as more relevant information is made known on this topic.
Read more
Report abuse
See all reviews