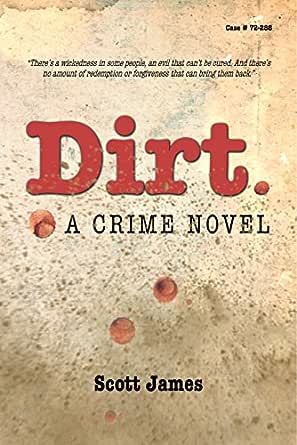 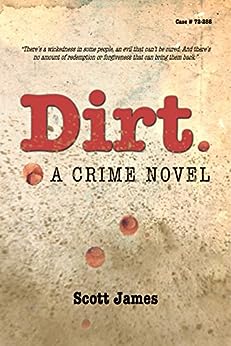 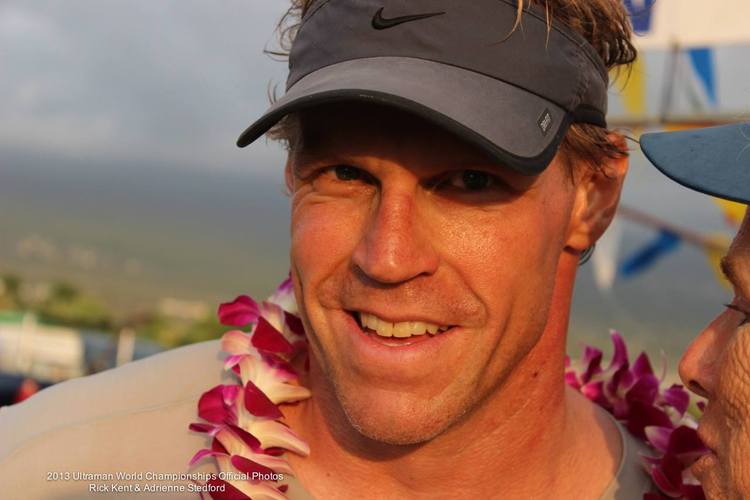 Scott James was raised in Newberg, Oregon, and was a police officer for 16 years. He is an internationally competitive ultra-distance triathlete and has published, 12 Week Winter Base Training Plan for Olympic and Long Course Triathletes and the internationally popular, 12 Week Winter Swim Program for Triathletes. He is a currently a private investigator and triathlon coach living in Eugene, Oregon. This is his first novel. --This text refers to the paperback edition.

S. Renzo
4.0 out of 5 stars Sometimes Dirt Gets on You in LIfe.....
Reviewed in the United States on April 24, 2015
Verified Purchase
Scott James has named his first novel "Dirt: A Crime Novel". In reality, this is a novel not just of crimes local to 1970s Oregon, but also the crimes of a distant war and the damage they did to those who served, "each a sin of a different kind."

Those who returned from Viet Nam left behind the figurative fog of war only to deal with the literal fog of the Willamette Valley in Oregon. Police officers trying to protect their populace, they instead find themselves dealing with the revenge rampage of an ex-soldier over an act of war that had been as necessary as it had been wrong.

“Vietnam is no moral and just cause like World War Two. It’s a politician’s mess, where right and wrong aren’t real clear... Who knows what that boy of yours has seen or done... Whatever he’s done, he did it over there and he may have brought some of it back with him. Sometimes dirt gets on you in life and it’s hard to wash off.”

The book is gripping and fast-paced, swinging back and forth among the parallel story lines.

My only objection to the book was that the main female characters seemed to serve only as prizes or punishments for the male characters. They were less fully developed, and their ultimate fate defined the main male character's fate.

The one thing that bothered me about this otherwise engrossing story was how the main female characters were portrayed. To me they existed simplistically, as both prize and penalty for the main male characters.

Dirt is extremely fast paced, perhaps because that is how the author, a nationally-ranked triathlete and former police officer, lives his life.
Read more
One person found this helpful
Helpful
Comment Report abuse

Anonymous 41
5.0 out of 5 stars Dirt Review
Reviewed in the United States on April 29, 2015
Verified Purchase
Dirt was written by a member of Law Enforcement in our county so many of us were anxious for it to be available. Not disappointed in the least. Very fast reading. One of those "I couldn't put it down" books. I read it in two sittings in two days. The story was quite different from what I thought it would be when I began reading with unexpected twists. It is one the only books I have read that uses real places in the area as backdrop & uses them with correct spelling, description & location. That in itself would have given the book three stars for the way it drew me in with familiar narrative but I give it five for being different, interesting, suspenseful & a fast read.
Read more
One person found this helpful
Helpful
Comment Report abuse

det282
5.0 out of 5 stars Great Characters - Very Well Researched
Reviewed in the United States on September 13, 2015
Verified Purchase
Very well written and researched. Being familiar with the location of the story, it was obvious to me the author, Scott James, didn't take shortcuts and make up fictitious places just to save time and effort. The characters in the story grabbed my interest and were complex as their pasts continued to haunt. For anyone interested in a great crime novel as told by someone with investigative experience, this is your book. If James is ever considers a spin-off novel, I would love to know Trooper Easterday's backstory. That character, though not major to this particular novel, was important and impactful.
Read more
One person found this helpful
Helpful
Comment Report abuse

laura riley
5.0 out of 5 stars Touching story
Reviewed in the United States on December 18, 2018
Verified Purchase
This is a touching story, that explains so much that occurs behind the scenes of law enforcement, their daily duties as they walk a delicate line between the horrors of the job at times and their personal lives. I’ve read it twice and was even more moving the second time. lcr602
Read more
Helpful
Comment Report abuse

Amber L. Braden
5.0 out of 5 stars Sacrifice
Reviewed in the United States on July 21, 2019
Verified Purchase
James's title subtly hints at the compelling drama to unfold in exquisite detail and captivating landscapes within the opening pages. The protagonist's response to the call of duty shows the sacrifice and dedication required to serve and the toll it takes on those they love. The desire to find closure keeps you racing to turn pages until the case is unraveled and the DIRT has been cleared.
Read more
Helpful
Comment Report abuse

HB
5.0 out of 5 stars Resumption and forgiveness can't cure that evil....
Reviewed in the United States on October 15, 2019
Verified Purchase
It is a captivating novel that intertwines you with different characters. The character development binds you to each of them. Hot and steamy scenes keep you wanting more. The evil of one character, circumvents all hope at times, leaving you astonished. The good of others brings back a glimmer of hope. Great book, hopefully a sequel is in the making.
Read more
Helpful
Comment Report abuse

Lake
5.0 out of 5 stars Great new book! Suspenseful and griping
Reviewed in the United States on March 31, 2020
Verified Purchase
I don't live in Oregon, or have ever been in law enforcement, and I don't usually prefer to read fiction....but I really enjoyed this book! Fun read with drama coming from solving the murders, figuring out how to be a good cop, love interests, with memories of Vietnam in the background. Very well done for a new author. Highly recommend!
Read more
Helpful
Comment Report abuse

Christy
5.0 out of 5 stars Awesome read!
Reviewed in the United States on April 20, 2015
Verified Purchase
The character development grabs you right from the beginning and sucks you in until you can't put this book down. The author clearly has a handle on law enforcement and shares an inside view of the trials and tribulations that can come with the job. I look forward to further books by Mr. James.
Read more
3 people found this helpful
Helpful
Comment Report abuse
See all reviews

Jane
5.0 out of 5 stars Five Stars
Reviewed in Canada on April 21, 2016
Verified Purchase
Loved it!. Can't wait to get the next one.
Read more
Report abuse
See all reviews