You've subscribed to Chicago Outlaws! We will preorder your items within 24 hours of when they become available. When new books are released, we'll charge your default payment method for the lowest price available during the pre-order period.
Update your device or payment method, cancel individual pre-orders or your subscription at
Your Memberships & Subscriptions
There was an error. We were unable to process your subscription due to an error. Please refresh and try again. 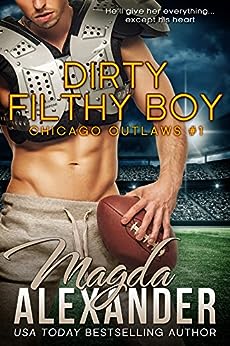 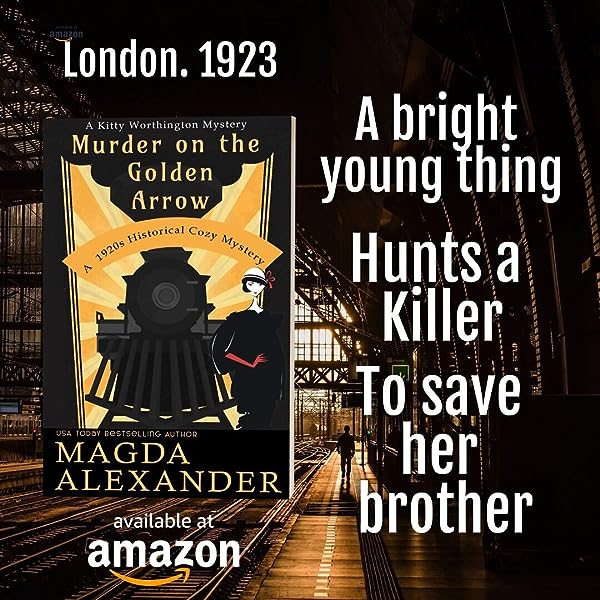 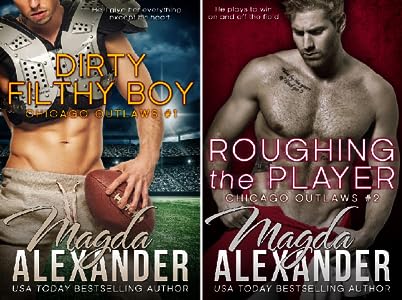 DIRTY FILTHY BOY IS a great Sports Romance that gives you a a kick a#$ story that you will not put down! Crystal's Book World

Dee DenBleyker
5.0 out of 5 stars NEVER DISAPPOINTED!
Reviewed in the United States on January 29, 2017
Verified Purchase
I received a free copy of this book. I was not compensated for my review, and was not required to write a positive review. The opinion express here is my own. Having said all that I want to add that from the moment I read Ms. Alexander's Storm Damages, I knew she would be a huge success and the kind of writer I enjoy. So far she has not let me down and I loved Dirty Filthy Boy.

The storyline opens with young journalist MacKenna Perkins going to the football field for an interview with a Chicago Outlaw player. As luck would have it the players play a prank on her and the player walks off the field leaving her without the interview. She was really trying to impress her boss and was left wondering just what happened. But her luck was improving as she gained the notice of the league's star quarterback Ty Matthews. Ty never does interviews but he is about to make an exception for this fiery little redhead. From there they develop a sweet little romance.

Ms. Alexander is never just a romance writer and there is a bit of suspense and mystery added to this storyline as well. As always I am looking forward to her next book.
Read more
One person found this helpful
Helpful
Report abuse

Breanna Welch
5.0 out of 5 stars Chicago Sports and Romance
Reviewed in the United States on January 20, 2017
Verified Purchase
I signed up to Magda's newsletter and got a glimpse of the first 7 chapters - then couldn't wait to read the rest.

Mackenna is an amateur reporter swallowed in a big world of Chicago. Ty is the world smart, hot quarterback. Together there are sweet moments, hot moments and humor sprinkled throughout the story. You see the characters both grow in the story and also hot moments to warm you up!
Read more
One person found this helpful
Helpful
Report abuse

Veronica
5.0 out of 5 stars Loved it
Reviewed in the United States on September 9, 2018
Verified Purchase
Loved it. The chemistry between them was off the charts. They were perfect for each other. Finding out about his past didn't change how they connected. Great book
Read more
Helpful
Report abuse

Gammie
4.0 out of 5 stars Must read
Reviewed in the United States on September 8, 2018
Verified Purchase
Loved this book. I would give it a 4.75 but can't on Amazon. This is my first read by this author. I couldn't put this book down until I finished it. Hope to hear more about this football team and the players.
Read more
Helpful
Report abuse

Kindle Customer
5.0 out of 5 stars Ty!!!!!
Reviewed in the United States on August 22, 2017
Verified Purchase
I loved this book so much... Ty and McKenna heat up the pages.. also some suspenseful moments which makes for a great read...
Read more
Helpful
Report abuse

Sharon L Means
5.0 out of 5 stars Loved It!!
Reviewed in the United States on July 31, 2017
Verified Purchase
This was my first book by this author but it will not be my last. I thoroughly enjoyed this book.
Read more
Helpful
Report abuse
See all reviews

Kindle Customer
5.0 out of 5 stars Loved it
Reviewed in the United Kingdom on February 6, 2017
Verified Purchase
Dirty filthy boy had me hooked from first chapter,could not wait to carry on and find out what happened. The sports theme mixed with a bit of sex was great.Am so glad MaKenna got to bottom of the scandal. Not very good at doing reviews but hope if your reading this you will go ahead and get it.Well worth your time,I can't wait till next one.
Read more
Report abuse
See all reviews