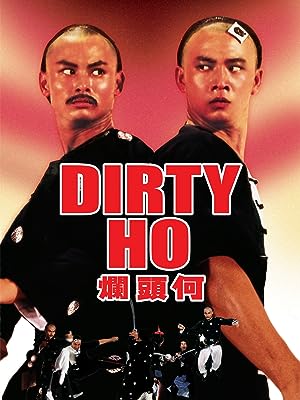 (65)7.11 h 38 min1979R
Master martial arts moviemaker Liu Chia-liang adds to his legend with this, one of the greatest kung-fu comedies ever made, incorporating, arguably, at least three of the most brilliantly conceived and executed fight sequences ever caught on film.

gd31358wReviewed in the United States on April 19, 2019
5.0 out of 5 stars
The perfect pairing of Gordon Liu & Wong Yu makes this a joy to behold!
Verified purchase
There are actor combinations that work & some that falls rather flat. Shaw Brothers has a rich history of employing such tactics starting with David Chiang & Ti Lung. We later see Fu Sheng & Chi Kuan Chun and then Fu Sheng with Ti Lung. But director Liu Chia Liang found the right spark of chemistry between Gordon Liu & Wong Yu.

In what is unofficially their 5th pairing together, the film centers around the 11th prince (Gordon Liu) who eventually is in route for the naming of the successor to the king. He befriends (or more like tricks) a street con artist (Wong Yu) into being his disciple through a poisonous injury that only the prince can cure. This is how we get the title of the film by the way although it actually translates to Rotting Head Ho (guess that title would have been a turnoff in the US. Left with no choice in the matter, the con artist closely follows the prince as his student while several attempts on the prince's life are made by assassins hired by the jealous brother of the prince. The prince ends up training the disciple as they embark on their journey to the capital for the ceremony for the successor again amid killers thwarting their efforts.

The interaction between Gordon & Wong is priceless & well worth the price of admission. Gordon is very proficient in his fighting & Wong holds up his end as well. Among the assassins are familiar faces such as Wang Lung Wei, Hsiao Ho, Wilson Tong & Lo Lieh. Also Hui Ying Hung has a cameo that plays a vital role in this. The fight choreography in this movie is rather impressive, especially the "fights meant to look like that weren't really fights".

My only cause for pause in the movie was the nonsensical scene with the 7 bitters which was kind of offputting, but I guess that's humorous in their culture. Nonetheless you will enjoy this film greatly if you're a kung fu fan. A must see!

MoviemanKevReviewed in the United States on April 2, 2020
5.0 out of 5 stars
excellence
Verified purchase
The paring of Wong and Gordon Liu in this Shaw Brothers film is nothing less than majestic. Some of the fights are flat out masterpieces and the film is extremely amusing. A must see for any martial arts lover
Report abuse

Myron OwensReviewed in the United States on May 13, 2019
5.0 out of 5 stars
Fun watching
Verified purchase
Fantastic classic Kung Fu. I enjoy all the Gordon Liu movies I've seen. Part over this Many times, shame on me. Spectacular choreography though out.
Report abuse

Trusting SoulReviewed in the United States on October 4, 2017
5.0 out of 5 stars
Light-hearted and Remarkable Choreography
Verified purchase
Connoisseurs of kung-fu will appreciate the uniqueness of this clever movie in a class all by itself. True martial arts masters make difficult moves appear effortless and, in their hands, anything can become a weapon.
Report abuse

OgreVIReviewed in the United States on August 10, 2016
4.0 out of 5 stars
Good fun with some very tightly-choreographed fights
Verified purchase
Shaw Brothers vary their formula here, to the point of being downright zany. Good fun with some very tightly-choreographed fights, even if the story is unsatisfying (and the ending abrupt even by this studio's lofty standards). Could have used more Kara Hui, and of course the title is, in 21st-century America, rather unfortunate.
One person found this helpful
Report abuse

MeMeReviewed in the United States on May 18, 2019
5.0 out of 5 stars
Loved it
Verified purchase
I love Gordon Lu, so in my opinion any movie that he is in is awesome. It was nice to see him in a more serious role
Report abuse

Stephen L. PowellReviewed in the United States on May 21, 2008
1.0 out of 5 stars
Defective DVD Manufacturing.
Verified purchase
This is a very poor quality DVD transfer. Apparently it was transferred to DVD from a bad VHS cassette and has the defects of that source material. It also stops playing during the last fight scene with six minutes remaining to the movie. (I assume the good guys win.) I had Amazon replace my first defective DVD with another and it stops at exactly the same spot. I'm going to get a refund on the second one.

It appears to be a bootleg or pirate production. I doubt the company that produced this particular DVD even has the rights to produce this.
Report abuse