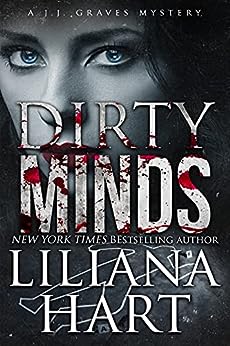 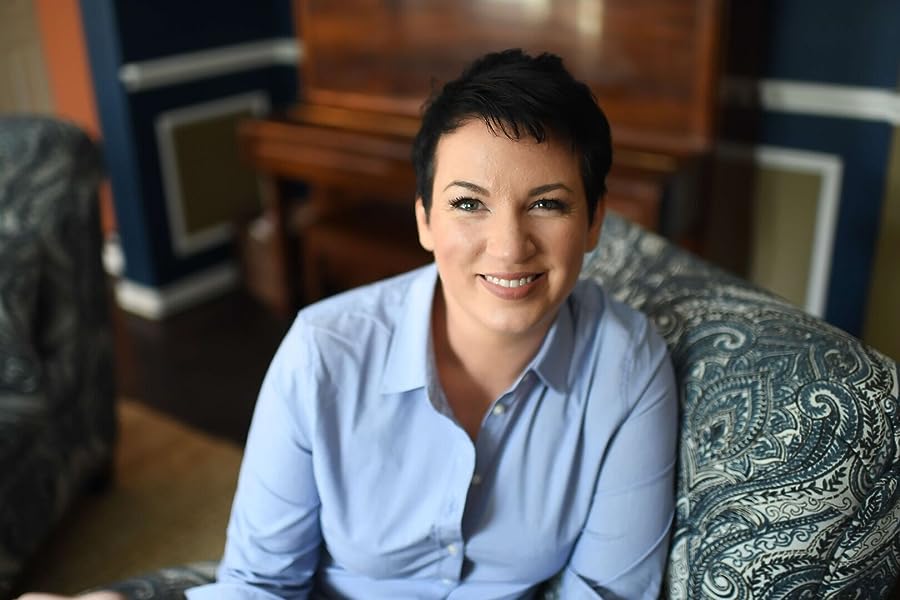 by Liliana Hart (Author) Format: Kindle Edition
Book 13 of 13: A J.J. Graves Mystery
See all formats and editions
Sorry, there was a problem loading this page. Try again.

Next in the New York Times bestselling series by Liliana Hart...

Coroner J.J. Graves and Sheriff Jack Lawson are in a race against time as they hunt down a sniper who is taking the law into his own hands. No one is safe, and everyone is a target.

Limited-Time Offer
3 Months FREE of Audible Premium Plus. Get this deal
All 13 for you in this series See full series

Liliana Hart is a New York Times, USA Today, and Publisher's Weekly Bestselling Author of more than 60 titles. After starting her first novel her freshman year of college, she immediately became addicted to writing and knew she'd found what she was meant to do with her life. She has no idea why she majored in music.

Since publishing in June of 2011, Liliana has appeared at #1 on lists all over the world and all three of her series have appeared on the New York Times list. Liliana is a sought after speaker, and she's given keynote speeches and workshops to standing-room-only crowds from Hawaii to New York to London.

Liliana can almost always be found at her computer writing or hanging out with her real life hero, Scott Silverii. They call Dallas home and have five children.

Nan W.
5.0 out of 5 stars Dirty Minds
Reviewed in the United States 🇺🇸 on December 2, 2022
Verified Purchase
Another great read from Liliana. Hart. I just love this series. Each book is like visiting old friends. I hope she continues to right many , many , more books of J.J.Graves and Jack.
Read more
Helpful
Report abuse

racerchick
5.0 out of 5 stars loved it!
Reviewed in the United States 🇺🇸 on October 8, 2022
Verified Purchase
Such a great series. It was action packed and I never would have guessed who did it. With the ending I’m wondering if this is the end or if there’s more to come!
Read more
Helpful
Report abuse

Gail Casselman
5.0 out of 5 stars Another hit
Reviewed in the United States 🇺🇸 on August 25, 2022
Verified Purchase
I have loved all of the just graves books. However, I think this was my favorite (other than the book where I and Jack realized they were meant to be together). In this one I loved that they were together so much more. Can’t wait to see what happens next!
Read more
Helpful
Report abuse

R.H. McCort
5.0 out of 5 stars Book 13 and still want more in the series
Reviewed in the United States 🇺🇸 on June 1, 2022
Verified Purchase
The latest book (13) in this series is a real page turner and once again started way too late at night.When JJ Graves and Sheriff Jack Lawson join their fellow colleagues for a night out at the newly opened Purple Pig nothing could have prepared them for gunshots, glass breaking and the dead body of David Sowers a local attorney. As the investigation moves further, and more gunshots the story really becomes interesting. Especially when someone (Carver) shows up without the FBI who by the way are watching JJ's and Jack's house, and Magnolia begin doing some searching, just figure you won't be sleeping tonight.
Read more
One person found this helpful
Helpful
Report abuse

olybev
5.0 out of 5 stars A puzzle you can't put down until all the pieces fit.
Reviewed in the United States 🇺🇸 on May 26, 2022
Verified Purchase
The JJ Graves book series rocks. I've read all the stories and they just keep getting better and better. JJ is the town coroner and also owns the funeral home. Her husband Jack is the town sheriff and between the two, they are always surrounded by some kind of danger. How they go about figuring out what is going on and why is like putting together a complicated jigsaw puzzle with some of the pieces missing. Their friends and co-workers are fun, quirky, and just plain awesome and make these books an enjoyable read. I can't wait fir the next book in the series.
Read more
2 people found this helpful
Helpful
Report abuse

Nanny B
5.0 out of 5 stars Wow! Liliana Hart never disappoints!!!
Reviewed in the United States 🇺🇸 on May 27, 2022
Verified Purchase
Every time I read one of her books I get so wrapped up in it I can’t put it down. I am a huge fan of the JJ Graves series and with every book the series just gets better and better. I just finished “Dirty Minds” less then 10 minutes ago and I feel like an addict jonesing for his next fix. Waiting for the next book is both exhilarating and devastating at the same time. Thankfully the next book is due out in September. If you haven’t read a Liliana Hart book before pick any one and get started. You won’t be disappointed.
Read more
Helpful
Report abuse

Kindle Customer
5.0 out of 5 stars Great read.
Reviewed in the United States 🇺🇸 on May 26, 2022
Verified Purchase
This would be a great summer read book.only problem being is it's hard to put down, thus is finished to quickly.
I enjoy Jack and Jayne's adventures. This book was particularly good because no one was held hostage or kidnapped at gun point towards the end, which seems to be the norm in most books, yet the story still had a great ending. I would highly recommend this book to Just about anyone.
Can't wait to read more about Ben's story and how Jack and Jayne can aid them.
Read more
2 people found this helpful
Helpful
Report abuse

Sabrina Norris
4.0 out of 5 stars fun read
Reviewed in the United States 🇺🇸 on June 13, 2022
Verified Purchase
One of the best reads in this series . Looking forward to finding out what’s going on with Carver and how it will effect everyone’s lives
Read more
Helpful
Report abuse
See all reviews

Miss Shelagh McNamara
5.0 out of 5 stars Loved it!!
Reviewed in the United Kingdom 🇬🇧 on September 12, 2022
Verified Purchase
As always, Liliana has created another brilliant book. She never fails to deliver a great storyline with interesting characters, plot twists, danger and excitement. I'm so going to miss JJ and Jack in my life.
Read more
Report abuse

Carron
5.0 out of 5 stars Fantastic
Reviewed in the United Kingdom 🇬🇧 on June 8, 2022
Verified Purchase
Loved it I have enjoyed each and every book in this series. Can't wait for the next one. Hope there will be a series about carver and what he been upto.
Read more
Report abuse

sue_m
5.0 out of 5 stars Great read
Reviewed in the United Kingdom 🇬🇧 on November 15, 2022
Verified Purchase
A little sad that the series has ended, it would have been fun to see if IN Coles with a baby and working with Jack.
Read more
Report abuse

Jazzie
5.0 out of 5 stars love the JJ Graves series
Reviewed in the United Kingdom 🇬🇧 on May 31, 2022
Verified Purchase
I love this series. It’s a fabulous easy read and it’s been fun to watch the characters develop. I’m already looking forward to the next book.
Read more
Report abuse
See all reviews
Report an issue
Does this item contain inappropriate content?
Report
Do you believe that this item violates a copyright?
Report
Does this item contain quality or formatting issues?
Report