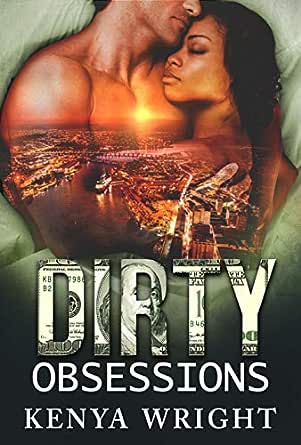 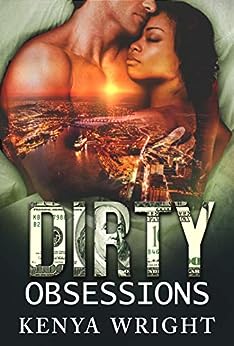 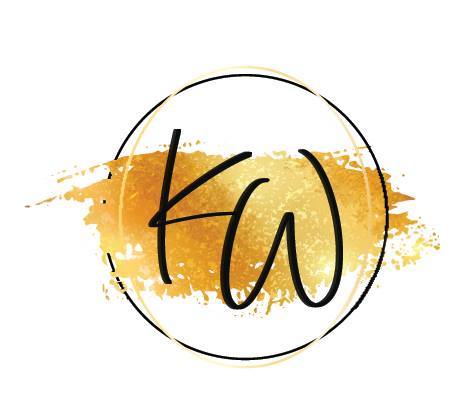 4.7 out of 5 stars
4.7 out of 5
81 global ratings
How are ratings calculated?
To calculate the overall star rating and percentage breakdown by star, we don’t use a simple average. Instead, our system considers things like how recent a review is and if the reviewer bought the item on Amazon. It also analyzes reviews to verify trustworthiness.
Top reviews

AEN
5.0 out of 5 stars Love This Couple
Reviewed in the United States on November 6, 2020
Verified Purchase
Secondary characters usually exist to service the main plot. Kenya is such a good writer, though, that her peripheral characters are compelling, intriguing, and fully-formed. Misha and Ava - and their story - stands on its own.

It's a sub-world within the Lion and Mouse world, and I loved seeing Misha's 9-5 lol (less bombs over Paris, more hacking power grids). Sexy, brainy, badass. Ava grew so well as a character, too. I wasn't sure about her at first but she really came alive. And when she did you-know-what to you-know-who (Jay-Z "Takeover" voice) I wanted to throw my tablet, I was so giddy (so-and-so had it coming for a while. that's all I'll say.).

Mad I now have another book for the "ok, when's the next one??" list. Can't wait to see more of the Maxwell bromance, godfather and grandma (he is a trip!), and what happens after that cliffhanger!

Tam
5.0 out of 5 stars Mosquito Danger!! 😉😍🙌🏽
Reviewed in the United States on October 23, 2020
Verified Purchase
How do you not love Misha and Ava! This story keeps getting better with new characters and twists. Misha is a loving beast but determined to hold on to his heart, Ava! Ava turns out to be stronger than she realizes and deals surprisingly well within the world of Misha. While Ava peels back layers of Misha while learning him and his world, she uncovers the beauty and genius of this man. All you can do is ride this roller coaster with them to see if they will continue to get stronger! Also, Maxwell keeps everyone thoroughly entertained! Well done Kenya... waiting for more of the story of Misha & Ava, as well as Kaz and Em.
Read more
One person found this helpful
Helpful
Comment Report abuse

Meagan
5.0 out of 5 stars Yes!!!
Reviewed in the United States on October 22, 2020
Verified Purchase
Definitely worth the wait. Very entertaining could not put it down. Ava is not just a graceful ballerina and demands respect.
Read more
2 people found this helpful
Helpful
Comment Report abuse

RH5050
5.0 out of 5 stars Definitely worth reading 😍
Reviewed in the United States on October 23, 2020
Verified Purchase
5 stars!!! This book was amazing and I loved everything minute of it!!!
Read more
2 people found this helpful
Helpful
Comment Report abuse

ASimmons904
5.0 out of 5 stars Misha and Ava
Reviewed in the United States on November 25, 2020
Verified Purchase
I love how I’m able to read about what each of the couples are going through during each moment of chaos. There is never a dull moment in this series and I love every single page. Since the Dragon will be coming into play we need a book 2 of him and his wife. I loved their story also.
Read more
Helpful
Comment Report abuse

Jacqueline
5.0 out of 5 stars Did it again
Reviewed in the United States on November 13, 2020
Verified Purchase
I love this series, keep them coming!!! I need a book with Hiro, now he is my favorite character from this book.
Read more
Helpful
Comment Report abuse

Bookworm72
2.0 out of 5 stars My least favorite book in the series, but I still love the Lion and the Mouse
Reviewed in the United States on October 29, 2020
I really love this series, but this book is my least favorite and the flaws that were minor irritations in the previous books are larger and more present in this book.

These aren’t traditional romance novels. The reader goes into this book accepting a few things. There’s a LOT of explicit violence and very little moral code. People get threatened, shot, killed quite easily in these books— and little to no remorse is shown. I’m cool with that. It’s the Bratva—not the Boy Scouts. But it is starting to get a little overdone. Like Valentina killing Misha’s guards for trailing her? Can we show a little respect for human life? A little sanity? Let’s just kill the bad guys and neutralize the real threats. Let’s not kill people out of petty annoyance. Makes the characters seem like very immature, spoiled tyrants and not someone I can actually root for or like.

In the other books, I liked Mischa. But in this book, he comes across like a toddler. The entire situation bled out of control because he can’t control his urges and take care of his responsibilities. He shoots Pavel in the leg for stupidity’s sake. He blows off repeated calls for help and delays going to Paris for the stupidest of reasons. He thinks with the wrong head constantly. It made him a lot less likable. Misha (and increasingly Kaz in the later books of the series) are becoming too emotionally volatile, immature and foolish in their decision making. It’s supposed to be seen as a sign of their devotion to their woman but when overdone (as it frequently is in these books), it is really just indicative of obsession and immaturity.

Speaking of immature, can we give Maxwell some depth? He’s becomes a caricature. Yet, he had so much potential. And must every character be interrelated? The connection between Ava and the family members in Paris who Em met while with Jean-Pierre was just too much! The introduction of the xecutioners and their whole backstory just seemed silly. I imagine Wright’s going to drag us into their world as a spin off, but I’m not really interested. I’d prefer she tighten up this world.

Next, sexy scenes are great and I don’t mean to kink shame anyone, but a Black author of all people should NEVER write a scene with a white guys saying he intends/wants to “whip” a Black woman (sex partner or not) with a belt. That scene literally disgusted me. There is too much history for that to be allowed to stand as simple sex play. If Kenya Wright’s intention was to be provocative, she failed. It was simply offensive. Wright should know better, and if she doesn’t that’s a big problem.

In short, this installment disappointed me. I’m not expecting realism. The violence doesn’t offend me. I love the overdone, “I control the world” alpha as much as the next gal. But the alpha has to act more like an alpha and less like a toddler. The violence has to have a legitimate purpose and not just be for kicks. The H has to be an adult, not remind me of a child with a constant need for immediate gratification.

I hope the next book is better and returns to the story’s original roots (books 1-3) and stops working so hard to top itself in such value.
Read more
16 people found this helpful
Helpful
Comment Report abuse

Takashi Lowe
5.0 out of 5 stars I just can’t get enough ‼️‼️
Reviewed in the United States on October 28, 2020
I can’t get enough of this series. Believe me when I say Kenya Wright is a boss at what she does. This added book was just as amazing as the others. Now I got to see every scene from previous books from a whole new angle and let me tell you I was not bored nor was it predictable.
I love Misha and Ava just as much as I love all the other couples mentioned in the book.
I got to see the funny side to Maxwell that I’ve never noticed around Em. lol i definitely see why he’s Misha’s Homey.

At this point I’m just waiting to see the Corsican, the brotherhood, the yakuza and the Xecutioners to become one big happy family and the most powerful combination in the world. But who knows 🤷🏾‍♀️kenya has a way of surprising us so we’ll just have to wait and see.
Kudos to you KW. You’re amazing
Read more
4 people found this helpful
Helpful
Comment Report abuse
See all reviews