Add to Cart
$18.95
& FREE Shipping on eligible orders. Details
Sold by: Amazon.com
Have one to sell?
Sell on Amazon 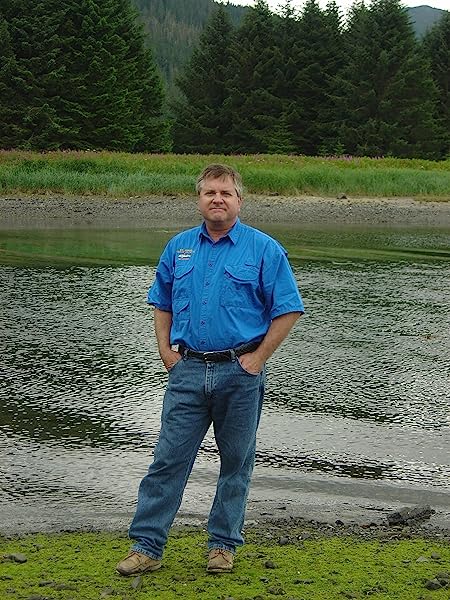 Kelly "retired" from politics after the Watergate fiasco and became an investigator. Kelly started his own security firm in 1980 with three offices in south Florida. After selling the security firm (while remaining a private consultant), he became Director of Resort & Marina operations at Holiday Isle Resort in the Florida Keys in the early 1990. Kelly has maintained a Florida Private Investigator license while becoming a travel journalist. In addition to still providing security-consulting services on occasion to select clients, Kelly authored two books, Florida's Fishing Legends and Pioneers, University Press of Florida, 2011; Alaska's Greatest Outdoor Legends, University of Alaska Press, 2016, with Lower 48 circulation via the University of Chicago Press), and writes freelance travel and outdoor-related articles for a variety of newspapers and magazines.

Start reading Dirty Trickster, Corporate Spy on your Kindle in under a minute.

4.8 out of 5 stars
4.8 out of 5
14 global ratings
How are ratings calculated?
To calculate the overall star rating and percentage breakdown by star, we don’t use a simple average. Instead, our system considers things like how recent a review is and if the reviewer bought the item on Amazon. It also analyzes reviews to verify trustworthiness.

Caribbean Watersports
5.0 out of 5 stars Past Political Intrigue with Present Perspective with loads of Humor
Reviewed in the United States on December 2, 2018
Verified Purchase
Martin D. Kelly shares his gift of story telling about a unique period about our Republic from an early 70's College Students' perspective.
It's the Real WaterGate timeline, Nixon's Re-Elect campaign is in full swing. The field of Presidential Democrats is large and are at each other's throats (with a little extra help from the Dirty Tricks squad) which is what this book tells the story behind the Front Pages.
Remember, it's just before the Digital Age of today. The time before FaceBook, Cell Phones and Google.
Understand how the separate Campaigns interacted with TV, Radio, Newspapers that made the daily and weekly News Cycle. The book is a great read for perspective as we see today's news feeds from WikiLeaks, Hillary's Private Email server, Russian Meddling and Mueller's political investigation. The Truth did come out eventually, with some people jailed, paid for their crimes and then life when on.
The Republic still survived.
The Political advice Kelly offers to the next generation of leaders in their respective parties, be they state, US or anywhere, it adds valuable structure to the dynamics of any group.

The second half of the book is also an interesting read, too about deception and spying with quite a few funny stories.
Highly recommend!
Read more

Jeannine Apte
5.0 out of 5 stars Both exciting and educational
Reviewed in the United States on August 12, 2018
This is an exciting and educational read. I have known Martin (Doug) Kelly for more than 35 years, During those years, I have done both television and radio programs with him as well as a set of fly-fishing videos, I knew of his background as a University of Miami golf team player and fisherman, but until reading his book did not know about his Watergate involvement. I'm sure you will find it as surprising and as interesting I did. Stu Apte
Read more
4 people found this helpful
Helpful
Comment Report abuse

Carrie Heimer
4.0 out of 5 stars Timely, still happening.
Reviewed in the United States on November 14, 2018
As a Republican political up-and-comer in Florida, Kelly was recruited by Richard Nixon’s “advance team" to balance the scale with Democrat Party operative, Dick Tuck. Tuck’s team had been the nemesis of Nixon’s campaigns for years. As part of Nixon’s retaliatory attempt, Kelly was party to dirty tricks aimed primarily at disrupting Democrat Party unity support for Ed Muskie. Nixon considered Muskie a more serious challenger than “Clean Gene" McCarthy or Hubert Humphrey. After the humiliation of being linked to Watergate and dealing with aggressive FBI agents, Senate investigators, grand juries, a tipsy Ted Kennedy and media types like Leslie Stahl, Bob Woodward, and Carl Bernstein, Kelly had to leave politics. Recounting his subsequent career in industrial counter-espionage, he writes of working for notables from Ferdinand Marcos to Frank Sinatra in “debugging” their offices. These experiences reveal the lengths to which competitors and investigators will go to get (or keep) the upper hand. The book's primer on how to avoid being “bugged” is ponderous, but his history of “dirty tricks" dating from John Adams/Thomas Jefferson to the present shows human frailties in pursuit of power are nothing new. Although Kelly does not overtly compare the past with the today's scandalous headlines (alleging everything from sexual impropriety to income tax cheating and Russian collusion) his book is more relevant than a simple “insiders look” at events of the Watergate era. Kelly is appropriately contrite as he reveals a cautionary tale driven by political ambition.
Read more
3 people found this helpful
Helpful
Comment Report abuse

Teddy Rose
4.0 out of 5 stars There is never a dull moment
Reviewed in the United States on February 5, 2019
I was a child when Watergate happened. I remember watching the news every night with my parents and saw President Nixon’s speech/resignation. I was 10 years old when he resigned. There are a lot of things I don’t remember form that age but I do remember Nixon’s resignation like it was today!

When I was asked if I wanted to read a memoir by a guy who was involved, of course I agreed.

Martin D. Kelly wasn’t just involved, it turns out he was knee deep in it! After Watergate, he left politics only to become a corporate spy, setting up listening devices, etc and a private investigator. He exposes many of the tactics he used both for Watergate and as a spy.

You would think this book would make for heavy reading however, Kelly has a wicked sense of humor and it turns out, the guy can write! I did get pretty angry in parts and certainly don’t condone many of the things he has done but this is a great read. I can’t help but wonder if he wrote his memoir now because he is getting up there in age and wants people to know what he did. Almost like a criminal badge of honor.

It is also easy to see the parallel from today’s politics and could be read as a “beware”. No matter what his motivation for publishing his memoir now, it is timely. There is never a dull moment and I can highly recommend it!
Read more
One person found this helpful
Helpful
Comment Report abuse

Angela
5.0 out of 5 stars Great memoir!
Reviewed in the United States on January 18, 2019
Dirty Trickster, Corporate Spy gives readers an insider view. This book takes readers inside the darker sides of both the political and corporate spaces of the world that most of us know exist--but, rarely visit. While I learned about Nixon's Watergate scandal in history classes--I didn't know about the "dirty tricksters" or their activities.

Readers will love Kelly's writing style. The author's "trickster" personality shines through from beginning to end in this humorous memoir. While, indeed, some of the issues peeked into are not funny--the author relates his life story and his adventures in such a down to Earth, easy going manner--that it is quite entertaining. Readers will not find a stuffy politician or corporate suit telling this story--just a regular guy who has a great storytelling technique.

Would I recommend Dirty Trickster, Corporate Spy? With the current state of politics--and misadventures following both political parties daily, I think readers will enjoy reading a story of similar misadventures handled before the days of constant media shares. The author tells a real story in a humorous, authentic manner that creates a delightful read for readers. (Even those with minimal interest in politics and scandals.) If you enjoy memoirs--this is a unique one for readers, and I highly recommend it.

I received a complimentary copy of this book from the author or publisher for use in a blog review. All opinions are my own.
Read more
One person found this helpful
Helpful
Comment Report abuse
See all reviews