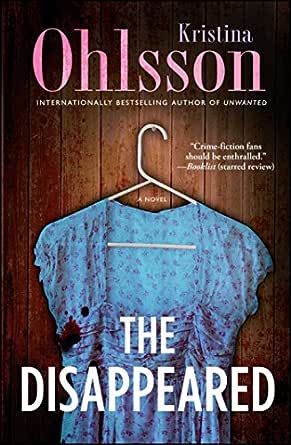 You've subscribed to The Fredrika Bergman Series! We will preorder your items within 24 hours of when they become available. When new books are released, we'll charge your default payment method for the lowest price available during the pre-order period.
Update your device or payment method, cancel individual pre-orders or your subscription at
Your Memberships & Subscriptions 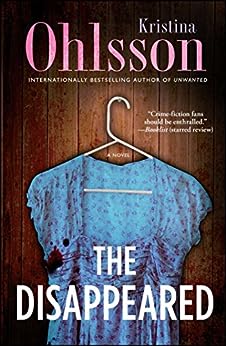 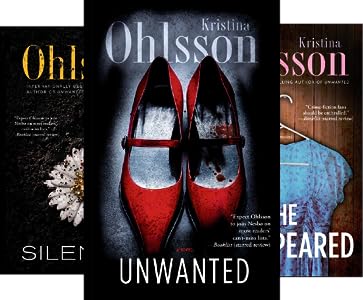 “Ohlsson [has a] knack for building surprises.” (Kirkus Reviews)

“Ohlsson should be added to reading lists that include other Scandinavian suspense authors, such as Jo Nesbo.” (City Book Review)

Kristina Ohlsson is a political scientist who has previously worked for the Swedish Security Service and as a Counter-Terrorism Officer at OSCE (the Organization for Security and Cooperation in Europe). Unwanted, Silenced, and The Disappeared are the first three books in her crime series featuring Fredrika Bergman. She now lives in Stockholm, where she works full-time as a writer.

*Starred Review* This is the follow-up to Silenced (2013) and the third entry in the terrific Fredrika Bergman crime series. Detective Alex Recht remembers well an earlier case involving a missing girl, so when a dismembered young woman’s body is found, he realizes right away whose it is. As the site is excavated, another body is unearthed; this one is a man who has been buried for a much longer time. Then still another body is found. Investigative analyst Bergman, assigned the task of looking into the young woman’s life, finds that she had been researching a children’s author, Thea Aldrin, who was convicted of murdering her partner and suspected of foul play with her missing teenage son. Aldrin seems somehow connected to all of the bodies, but she is mute and cannot offer much help. Bergman disturbingly also finds her own partner’s name among the young woman’s effects. Recht, a recent widower, finds work is his salvation and becomes obsessed with the case. The third member of the team, detective Peter Rydh, recently reconciled with his wife, and has her support as he delves into the murders that threaten to consume them all. This is a complicated yet fast-moving story, and the detectives all find themselves with personal connections to the case. Ohlsson excels at creating multilayered stories with substantive characters, and she does it brilliantly here; the intertwining story lines culminate with a shocking ending. Scandinavian crime-fiction fans should be enthralled. --Stacy Alesi --This text refers to an alternate kindle_edition edition.


The sun had been up for less than an hour when Jörgen saw a dead person for the first time. The frequent snowfalls of the winter followed by the spring rain had softened the ground and made the water levels rise. The combined forces of wind and weather had worked through layer after layer of the earth covering the body, and eventually a huge crater had opened up in the ground between the rocks and the trees.

However, the dead woman still wasn’t fully visible. It was the dog that dug her up. Jörgen was standing among the trees, somewhat at a loss.

He had always found it difficult to make his voice heard, to gain the respect of others. His boss had pointed this out in countless appraisal interviews, and his wife had left him for that very reason.

“You take up so little room that you’re practically bloody invisible,” she had said on the night she moved out.

And now here he was, standing in an unfamiliar forest with a dog that didn’t even belong to him. His sister had insisted that he move into their house while he was looking after Svante. It was only for a week, after all, and surely it didn’t make any difference to Jörgen where he lived for such a short time?

She was wrong; Jörgen could feel it in every fiber of his body. It made a huge difference where a person lived. Neither he nor Svante were particularly happy with this arrangement.

Weak rays of sunshine filtered down through the trees, making the glade glow softly in a golden light. Silent and peaceful. The only disturbing element was Svante’s constant scrabbling in the pile of earth, his front paws thumping out a drumbeat on the ground. Soil was flying in all directions.

“Svante, come here,” Jörgen ventured, with a little more authority this time. But the dog was deaf to his plea and started to whimper with excitement and frustration. Jörgen sighed. He walked wearily over to the dog and clumsily patted his back.

“Listen, it’s time we went home. I mean, we were here yesterday too. We can come back tomorrow.”

He could hear the way he sounded: as if he were talking to a small child. But Svante was not a child. He was a German shepherd who weighed something in the region of thirty kilos, and he had picked up the scent of something that was a lot more interesting than his owner’s weary brother, standing there on a mossy mound banging his feet up and down.

“You need to show him who’s boss,” Jörgen’s sister had said. “Give clear commands.”

A burst of birdsong made Jörgen glance around anxiously. He was overcome by a sudden fear that someone else was nearby.

With one click he attached Svante’s lead, and was about to embark on the final battle to get the dog home when he saw the plastic sack that had been exposed by Svante’s efforts. The dog’s jaws were locked, his teeth biting through the plastic; he tore away a large piece of the sack.

A dead person buried in the ground?

The dog froze in midmovement and backed away. For the first and only time he obeyed his temporary master. --This text refers to an alternate kindle_edition edition.
Read more