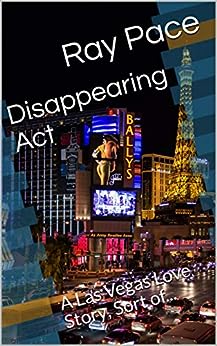 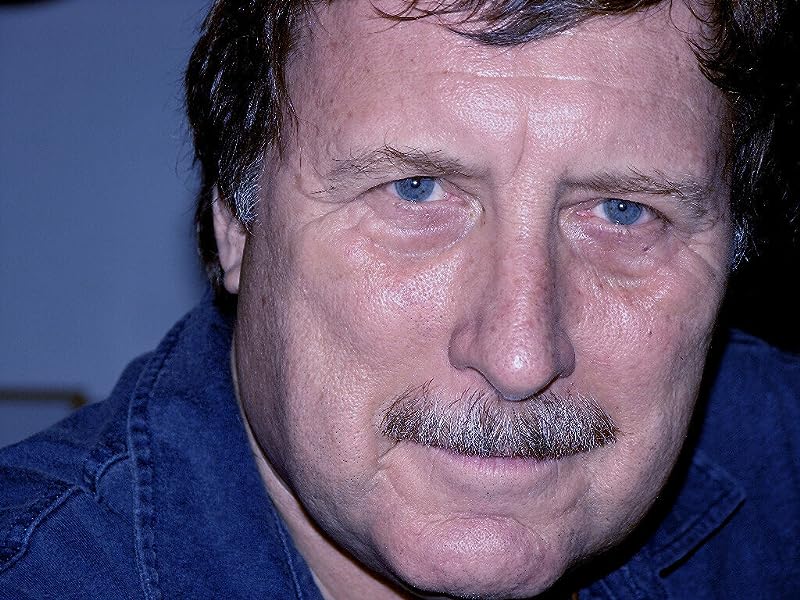 I started out in Chicago where I worked in politics which meant hanging out with sleazy characters like aldermen, congressmen, and crooked governors. Often, they brought wise guys into the mix to develop racetracks and jack up the cost of paving contracts. I got to know these people.When I moved to South Florida to go into news and public affairs programming, I found the same types running the same scams, and hanging out with the same type of wise guys. Well, what's a writer to do? Expose these guys at the personal risk of not being around tomorrow? Or find another way to get the message across?It's ironic that these days you'll find more truth in novels than you will on so-called news outlets. Maybe that's always been the case.I know this, though. If you want an insight into the seamy side of politics and crime, give my books a read.

I write the words that people want to read. I leave out the stuff that people skip over.My career in news gathering in South Florida and Hawaii taught me to write it tight. That idea has served me well in broadcast news and newspaper reporting. Most people want a story that moves, not the recipe for Aunt Mabel's mango jam.

catlady
5.0 out of 5 stars Mystery, mayhem, and mobsters, oh my!
Reviewed in the United States on March 28, 2021
Verified Purchase
Having read Ray’s earlier work, I was delighted to see he had written something new recently I could buy. Disappearing Act: A Las Vegas Love Story, Sort of... is different from his previous titles but equally delightful. Combining several genres, it will appeal to anyone who likes an intricate plot, colorful characters, and most of all an irreverent sense of humor. (If Dave Barry was from Chicago, he might have written this book!). No group is spared being skewered, and you may need a trigger warning for those thin skinned and politically correct, as the characters are diverse and have real warts and blemishes. But Ray’s treatment is deft, the barbs and humor while earthy at times, does not reach the cringeworthy level of say, something like Borat! Instead, some passages are more like the Space Mountain ride at Disney: there is a very controlled descent, which is designed to cause a little thrill, but it quickly returns you safely (and mercifully without a lot of blood and f-bombs). I would love to see this as a movie...think sort of a modified Marx brothers romp with great scenery and a modern edge!
Read more
One person found this helpful
Helpful
Report abuse

Dave
5.0 out of 5 stars The book crosses genre lines. Not just a great detective story, but a great story, period.
Reviewed in the United States on March 19, 2021
Verified Purchase
I found the book very entertaining, being from start to finish a pleasure to read. Mr. Pace rolls out a tightly weaved plot filled to the gills with colorful characters, places, and things. It is a very creative and busy novel which accomplishes what many novels don't. It never hits one false note. Through all the wild twists and crazy developments you're introduced to, the reader can feel confident that all is safely in the hands of a master story teller. This comes across page after page until the author folds all the pieces together, giving the story a very satisfying ending. This isn't my normal genre, but happy that I checked it out. I'm left curious to check out Mr. Pace's other works.
Read more
Helpful
Report abuse

MarshIsHere
5.0 out of 5 stars Great thriller to read.
Reviewed in the United States on March 7, 2021
Verified Purchase
Fast moving book that keeps you turning the pages to follow along with the main character, a connected guy from Chicago, while he hunts for the 2 million bucks. The author has plenty of great dialogue and plot twists that keep you guessing on what's going to happen next. You won't win those bets, but you will get a great payoff in the end. Great read. You will enjoy it.
Read more
Helpful
Report abuse

UnoZed
5.0 out of 5 stars Hilarious!
Reviewed in the United States on February 25, 2021
Verified Purchase
Enjoyed the voice and all the easy banter. Wisecracking guys winning.

Richard & Diane Revell
5.0 out of 5 stars Lots of Characters Who are Characters and Action to Keep one Reading
Reviewed in the United States on April 26, 2021
Verified Purchase
The many characters kept me busy initially to tell them apart, but well worth the effort. The story and action kept me reading even when I should have been doing something else. Highly recommended.
Read more
Helpful
Report abuse

francesco
5.0 out of 5 stars Disappearing Act - Entertaining
Reviewed in the United States on May 15, 2021
I was lucky enough to be able to read this book purchased by my girlfriend.
Wiseguys are the heroes. You got a problem with that? Oh, yeah, you might pee in your pants from laughing.
Yeah, Chicago guys. I should start a group called “Chicago Lives Matter” so we can all be defended from know-it-alls. We won’t have to listen to some Eastern experts expound on how we all like our hotdogs without ketchup. We all want our pizzas with a thick crust. We all suffer from the Cubs and get our hearts broken each year by the Bears. And, oh yeah, we all know some fantastic place to go hear the blues. It’s right next door to an Italian restaurant where everybody there is connected to the Mafia. Stereotypes. I smother my hotdogs in ketchup and anything else I can get my hands on. The fact is you could leave out the hotdog. I’d never miss it. I like the thin-crusted pizza. I expect the Cubs and the Bears to lose more than their share, and I bet accordingly. The blues are best at a lakefront festival, not in some Southside rat-hole. As far as the Italian restaurant where the Mafia hangs out, well, we don’t use that disgusting ethnic slur. In Chicago, we refer to it as The Outfit. >>>>>>>>>>>>>>>>>>>>>>>>>>>>>>>>>>>>>>>>>>>>>> Glover had no trouble accepting me into the fold once I dropped Cassandra’s name. He was a beat-up-looking guy in his mid-fifties who would never have a drinking problem as long as he had a few drinks. I figured he knew how to play the game. Cassandra had the guy on speed dial. “You’re the guy out of Chicago,” he said. “Cassandra says you’re trying to find the magician that took off. Good luck with that one.” “Yeah, Charlemagne,” I said. “You ever catch his act?” “Shit,” he said. “Do I look like Wayne Newton to you? I only meet guys like that when they step out of line or end up dead like this one.” He pointed to the sheet covering Neal Braxton. I asked him how it went down. “Pretty basic,” he said. “There’s his car in the drive. He stepped out of it, went toward the door. Someone caught his attention and put three slugs into him. I figure a revolver. No shell casings left behind.” Braxton’s Escalade was still running in the driveway. The driver’s side door hung open. An alarm from the car verified that the door was hanging open. It was no doubt sending a message to Detroit that the door was open. There was probably a message on Braxton’s phone that the door was open. Despite all the effort, Braxton wasn’t getting up to close it.
I want to list some phrases that describe this book:
• full of unexpected twists
• fast-paced and engaging
• Comical
• Witty/Clever
• a well-written page turner
• the perfect beach read
• Entertaining
• Wise guy dialogue keeps the plot moving.
• Vegas happenings keep the interest in focus,
• The action never stops.
• When you think you have it figured, something new happens.
Read more
Helpful
Report abuse

Gail M Baugniet
5.0 out of 5 stars Rapid-fire dialogue and plenty of action
Reviewed in the United States on February 27, 2021
Residents of Hawaii will tell you that Las Vegas is considered the 9th Hawaiian Island, where we spend much of our vacation time – and even more of our vacation money. But Disappearing Act took me on a dizzying ride through a Vegas that few vacationers ever experience.

Several plot twists involve bundles of missing money that the boss in Chicago sends the story’s protagonist, Nick, to recover out in Vegas. A small parade of characters color the landscape, their actions and conversations often reminding me of scenes from Get Shorty or Good Fellas, which suggests this hard-boiled mystery would make a good movie.

What struck me most about this 144-page story was the rapid-fire dialogue, unfiltered thoughts, and often humorous actions of the characters. The novel is a quick read, but complex enough to require this reader’s full attention.

I received a copy of Disappearing Act from the author.
Read more
Helpful
Report abuse
See all reviews
Back to top
Get to Know Us
Make Money with Us
Amazon Payment Products
Let Us Help You
EnglishChoose a language for shopping. United StatesChoose a country/region for shopping.
© 1996-2021, Amazon.com, Inc. or its affiliates