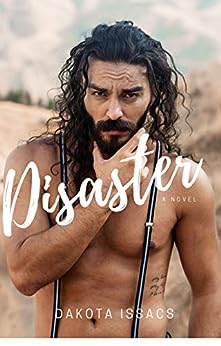 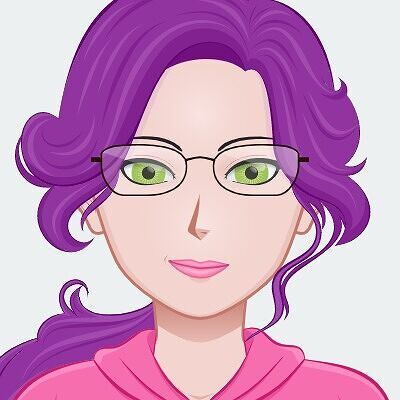 J. Faltys
4.0 out of 5 stars A Quick & Satisfying Romance Full of Steam & a Few Smiles.....
Reviewed in the United States on May 27, 2020
Readers looking for a bit of afternoon delight will get just that with this erotically-charged tale that also put an occasional smile on my face. Add in some playfulness between the main couple, a bit of heart and soul, and readers will feel oh so satisfied by The End. Though this book stands strongly on its own this series revolves around siblings out to find their HEAs in this next installment in the Love in the Apple series and with each turn of the page I fell even harder for sexy Scotsman Hamish Stuart.

From his delicious brogue to his sinful looks to a personality teeming with sensuality, Hamish is the kind of hero you won’t forget about anytime soon. Hamish is a real romantic, a man who believes in insta-love (as seen during his initial meeting with an angry woman), and who longs to pamper the woman who’s unexpectedly captured his heart. He’s drawn to Audra the moment he learns about her background, drawn to her sass, and drawn to strong will in overcoming adversity. All he wants is to make life easier for her...and fixing her hellish hairdo is the first step in their burgeoning relationship. Hamish knows how to make a woman feel good and it led to many scorching interludes during her hair appointment and during his other encounters with her. He’s a master at dirty talk with a talent for empowering a woman’s self-esteem. From the first page to the last he quickly proved himself to be the quintessential book boyfriend and was the highlight of this story.

Audra Harrison grew up in the foster care system and still struggles to make ends meet today. As a reward to herself for a new internship she splurges on a new hairdo at the top hair salon in New York. It turns into a nightmare though as her hair ends up looking like an orange in a blender. Her negative review soon catches the attention of the salon’s owner and sets her on a surprising path to HEA. Audra’s a likable heroine, one who stands up for herself when she knows she’s right. Though life’s been tough for her she’s never asked for help and I admired her for that. She has a funny and supportive friend/roommate who’s an admirable partner in crime and I enjoyed their very believable friendship. I also enjoyed the sizzling connection between her and Hamish. They were sweet and sexy together and I rooted for him to win her over every step of the way. When it comes to matters of the heart though Audra was far less self-assured which frustrated me at times. Hamish proved his devotion to her from the start so her doubts and ignoring his texts were a huge disservice to this near-perfect hero.

On a whole Audra was a likable heroine, but her fears frustrated me at times. Hamish had rightfully earned his place in her heart and by the end she too realized it in this quick read full of scorching interludes and overtly sweet and sensual actions. The story had a nice pace, appealing characters too, but there was a roughness to the writing. There was a rough around the edges feel to the dialogue that gave me a few mental speed bumps along the way. Despite that this was still an enjoyable romance that has me wanting to read the other books in the series too!
Read more
Helpful
Report abuse

Romance reader
3.0 out of 5 stars Pretty funny
Reviewed in the United States on April 19, 2020
First time reading this author and it was a okay book funny and steamy ;)

Poor Audra she only wanted to get her hair dyed.. and well someone at that place screwed the fk up. So she takes to the internet and leaves a review but someone takes it down and fighting to sue her over the phone. Shes not giving up she's taking pictures showing off her horrible do. Until the owner Hamish gets involved and at first he thinks she's lying to ruin him and is fighting back until he learns the truth and tries to get her to forgive him and his conpany and make her his. Cant be to hard. But their is other drama that has Audra pumping the breaks.. and i feel for her because that must be hard to date someone who is pubic famous person.
Read more
Helpful
Report abuse

JudyAnnLovesBooks
4.0 out of 5 stars Four and a Half Stars ⭐️
Reviewed in the United States on April 26, 2020
Things I love:
✂️ Discovering new to me authors and loving their books.
✂️ InstaLove romances
✂️ Sexy, determined, unrelenting men who go after what they want with a singleminded intensity that will drive you crazy in a good way.
✂️ Smart, sassy, spunky women who are as beautiful on the inside as they are on the outside.
✂️ Off the charts chemistry that will make you blush while fanning yourself.
✂️ A delicious happily ever after that will leave you with a smile on your face.
All these things and more can be found in Dakota Issacs’ book “Disaster”, TBR and enjoy.
Read more
One person found this helpful
Helpful
Report abuse

terriergirl
5.0 out of 5 stars Love me a burr!
Reviewed in the United States on October 26, 2020
Sexy Scotsman, sassy heroine, humour and hotness... what's not to love? Great, enjoyable romance!
Read more
Helpful
Report abuse
See all reviews
Back to top
Get to Know Us
Make Money with Us
Amazon Payment Products
Let Us Help You
EnglishChoose a language for shopping. United StatesChoose a country/region for shopping.
© 1996-2021, Amazon.com, Inc. or its affiliates