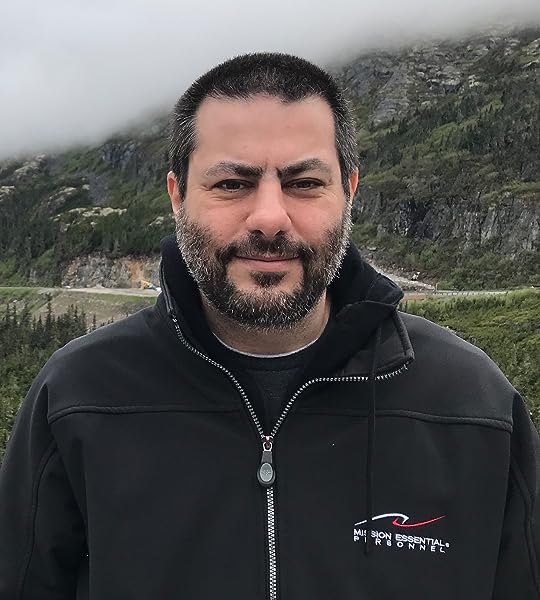 "When's the last time I was really surprised by a comic? About five minutes ago, when I read DISCORD...Unexpected, smart and unique, DISCORD is worth your time." - JIM KRUEGER (Earth X, Justice, Foot Soldiers)

"A unique comic, a true mash up in every sense of the word. Sci-Fi, superhero, and horror blended and served in a bowl of high-adventure." - RICK REMENDER (Fear Agent, Uncanny X-Force / EA Games' "Bulletstorm")

"DISCORD has the feel of the very best of early 90's superhero team adventures, but then surprises with an intriguing twist that redefines familiar tropes with a fascinating tale of what it really means to be a hero. Salamoff is a writer to keep an eye on!" - COMIC BOOK SUNDAY

PAUL J. SALAMOFF has been working in the Entertainment Industry for over 20 years and has worked in Film, TV and Commercials as a Writer, Producer, Executive, Comic Creator and originally as a Make-Up FX Artist.

He is the author of two non-fiction books: ON THE SET: The Hidden Rules of Movie Making Etiquette and The Complete DVD Book and the writer of the acclaimed graphic novels DISCORD, LOGAN'S RUN: LAST DAY and LOGAN'S RUN: AFTERMATH.
Start reading Discord: Tales of Discord on your Kindle in under a minute.

Roger M Ross
5.0 out of 5 stars 5 Stars!
Reviewed in the United States on April 13, 2013
Verified Purchase
We purchased this comic for Christmas for our 16 year old daughter (she loves comics and wants to write and illustrate her own comic). She loved it! She said she loved the artistic aspect of the comic. Regarding the storyline, she loved how Salamoff broke the cliche of the typical superhero team. She is looking forward to Salamoff's next comic!
Read more
Helpful
Comment Report abuse

JustinD
5.0 out of 5 stars I want more DISCORD
Reviewed in the United States on July 27, 2011
AN AMAZING READ! A VERY INTRIGUING STYLE OF WRITING THAT KEPT ME TURNING THE PAGES. I FINISHED THE BOOK WANTING MORE. VERY IMPRESSED AND LOOK FORWARD TO FUTURE PROJECTS FROM MR. SALAMOFF. MAYBE A FEATURE FILM?
Read more
Helpful
Comment Report abuse
See all reviews from the United States

Slojoe
5.0 out of 5 stars Prompt arrival
Reviewed in the United Kingdom on December 27, 2018
Verified Purchase
Good story and arrived in time.
Read more
Helpful
Sending feedback...
Thank you for your feedback.
Sorry, we failed to record your vote. Please try again
Report abuse