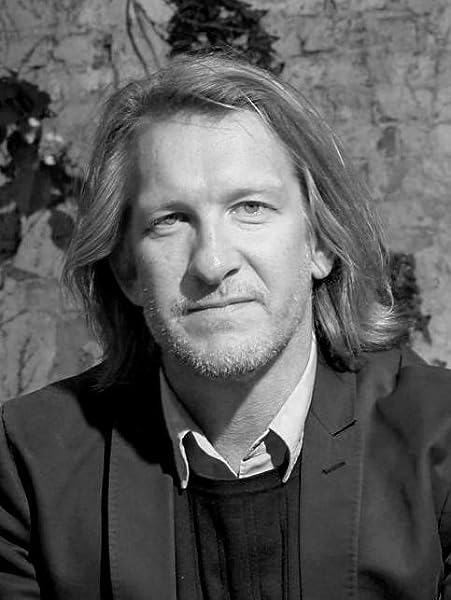 by Reginald Grünenberg (Author)
See all formats and editions
Sorry, there was a problem loading this page. Try again.

The Devil is in the Details–of History

The young German physician Philipp Franz von Siebold sails to Japan in 1823. As an accomplished naturalist, just like his great model Alexander von Humboldt, he explores the reclusive island empire. His successes as a surgeon, healer and bridge builder between the cultures are unheard of. He even finds the love of his life. Yet, his ambitious scientific work is instrumental to a ghoulish plan that will change the course of history. Unknowingly, the young explorer, already dubbed the 'Humboldt of the East', has entered the service of the Devil.

The Discovery of the East Pole is a tableau of the colonial world, the rise of science and the birth of modern Japan in the 19th century. It's the epic of a natural scientist like Measuring the World, philosophical like Eco's The Name of the Rose, enthralling like Clavell's Shogun and a metaphysical novel in the tradition of Goethe's Faust . With one important distinction. It’s a true story.

The Nippon Trilogy The Discovery of the East Pole with its three parts Shiboruto, Secret Maps and The Road to War is based on a large set of true stories and makes use of as little fiction as possible. In fact, some of them are even more true than the history textbooks that need to be revised. The assumed 'opening of Japan' by the United States, for example, will be told for the first time as it has really happened. Thus, the genre of the Nippon Trilogy is True Historical Fiction.

Each volume of the Nippon Trilogy is provided with an extensive glossary, a register of characters with short bios, a chronology, maps and a table with historical units of measurement and currency. In the e-book versions, all scientific and Japanese terms and the names of historical persons in the text are hyperlinked to the places of their respective explanations.

"Congratulations on the successful Discovery of the East Pole! With this historical 'true fiction' novel, you have established a new literary genre that follows the motto: 'Only precision is really entertaining' (Goethe). And indeed, your book is not only the result of stupendous research on your tragic hero. It is also a Nippon Trilogy that urges our Eurocentric instructional society to transform itself into a learning society in Japanese matters and a culture whose literary 'opening' is now within reach with your book. I wish you many readers!" Manfred Osten is a German writer, diplomat, expert on Japan and former Secretary General of the Alexander von Humboldt Foundation.

"The widely travelled author, who studied political science and philosophy at Waseda University in Tokyo and trained as a Japan expert [...], draws a credible picture of Siebold's living conditions and the era on the basis of his broad knowledge of Japanese culture and extensive research. This, and the quality of its elevated style, makes the trilogy stand out from the mass of historical novels." Würzburger Main-Post

"For all those who face this work with an unbiased spirit and heart, there is a wealth of knowledge that I have never before found so lovingly collected and nurtured in any book, so combined, about the history of Japan and the forced opening to the rest of the world." Miki101, Amazon Germany, Top 500 Reviewer

"It pays to hold on! Admittedly, the beginning was a bit difficult for me, especially since the deeper meaning of the entrance via mythology did not immediately open up to me. In the course of the novel one finally comes to the conclusion that Siebold's work has left significant and long-lasting traces beyond the national borders of Japan. For my part, I have rediscovered the subject of Siebold for myself." Veronika Nagata from Japan Access

Reginald 'Reggie' Grünenberg is a screenwriter, novelist, inventor, philosopher and entrepreneur living in Berlin, Germany. He has published several non-fiction books and frequently writes for major German newspapers and magazines. The Nippon trilogy 'The Discovery of the East Pole' is his first novel. This giant project in the genre of True Historical Fiction took twenty-five years until completion.