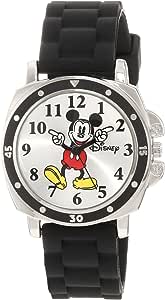 from Allstate Protection Plans
out of 5 stars
$3.99
Learn more

For more than nine decades, the name Walt Disney has been preeminent in the field of family entertainment. From humble beginnings as a cartoon studio in the 1920s to today's global corporation, The Walt Disney Company continues to proudly provide quality entertainment for every member of the family, across America and around the world.

Experience our wonderful watches with Mickey printed on the dials. Professional watch brand, the craftsmanship, ingenuity of design allows you to show Disney charm. 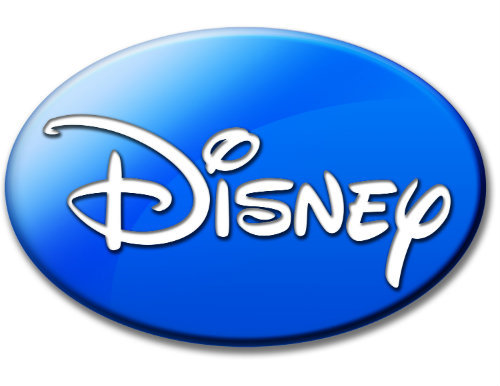 Mickey Mouse is synonymous with Disney, and that’s because he’s their official mascot. But cartoon Mickey (who was originally named Mortimer!) has plenty of characters to keep him company thanks to Walt Disney Studios. Its prolific animated feature films have captured the imagination of children from one to 92 for decades.

Located in Burbank, California, the enormous media corporation of today began back in 1923 by the Disney brothers, Walt and Roy. They first started producing silent movies, but by 1928, the famous Steamboat Willie, starring Mickey Mouse, began the tradition of synchronized sound. By 1929 the fun-loving mouse was a comic strip and soon thereafter the brothers were making color movies.

Before long the popular feature-length animations like Snow White and the Seven Dwarfs, Bambi and Cinderella were created. 1950 saw the first completely live-action feature, Treasure Island and Disney’s foray into television, which was a complete success. The long-running series, Disneyland, began a relationship with the ABC network that is now owned by Disney. This TV series was the inspiration for the theme parks, 14 of which exist today around the world.

Walt Disney died in 1966 and Roy took over, releasing The Aristocats in 1970 as the first animated film without his brother’s input. Thankfully, the movie was a big hit. But by 1971 Roy also died, and the control of the company went to Walt’s son-in-law, Ron Miller, along with Donn Tatum and Card Walker. Through the 1970s and 1980s, there were many partnerships and the brand diversified.

Michael Eisner became the CEO in 1984 and broadened the company’s holdings. He kept his post until Robert Iger took over in 2005. Disney now owns and operates within the following industries: entertainment, theme parks and resorts, consumer products and media networks. Who knew one mouse and two imaginative brothers could create such a longstanding empire?

4.7 out of 5 stars
4.7 out of 5
521 global ratings
How are ratings calculated?
To calculate the overall star rating and percentage breakdown by star, we don’t use a simple average. Instead, our system considers things like how recent a review is and if the reviewer bought the item on Amazon. It also analyzes reviews to verify trustworthiness.

Shawn P.
3.0 out of 5 stars Ok for a kid, poor quality control
Reviewed in the United States on December 7, 2019
Verified Purchase
This is the second time purchasing this watch. The original actually lasted a couple years of toddler abuse before the second hand finally fell off. Beware, when my product arrived the spring bar (the metal bar that attaches the rubber watch band to the case) was found loose in the packaging. It fell out and was almost lost. Glad I checked the product before gifting it. It was a bit difficult getting the band back on the casing as I don't own a spring bar tool. I feel this isn't something that should occur with a brand new product. I shouldn't have to buy special tools to assemble a $12 watch new from packaging...

That being said, a good watch for a little kid and since it's cheap, no real loss when it inevitably gets destroyed. We'll see how this one holds up. Based on other reviews there's some quality control issues. This watch used to come in a collector's tin, now just cardboard.

cjscuba
5.0 out of 5 stars Dependable
Reviewed in the United States on March 14, 2018
Verified Purchase
Bought this for my 6 year old son for Christmas. He is just learning to tell time. He wears this when he plays in the neighborhood so that he can get home on time. The numbers are just the right size on the silver back ground that he can see them a dusk. The prompts around the edge of the face have helped him master the minutes between 15-30-45. Only issue is that he is a small 6 year old, so even on the smallest hole the watch band is still a bit big. Not a big problem for us, he will grow into it!
Read more
2 people found this helpful
Helpful
Comment Report abuse

Jake
2.0 out of 5 stars Trouble with Original and Replacment
Reviewed in the United States on August 4, 2015
Verified Purchase
I bought this for my son who's about to turn 9. My wife and I fell in love with the look of this watch. It reminds us of the classic Mickey watch. It's a kid-friendly version that looks like a "big boy" or grown-up watch with its metal and black finish.

On the day that it arrived it had condensation on the inside surface of the glass. That went away, but within 24 hours it got more water inside from basic hand washing. The $6 generic watch that he's had for a few years now has never had this problem! I requested a replacement from Amazon. On the day that the replacement arrived, my son lost the original watch because the pin that holds the strap in place is faulty. We went back to the spot where he lost it and found the watch and band, but not the pin.
I tested the new replacement by giving it a firm tug of the strap. Surprisingly, it popped out quite easily. I'm not certain whether the problem is that the pin is too short or maybe the holes in the watch's lugs are too shallow. I'm on the fence whether I should try to replace the pins myself (out of pocket) or just return this second watch for a refund

thrawnis
3.0 out of 5 stars Looks great but doesn't last!
Reviewed in the United States on September 16, 2015
Verified Purchase
First off, I have to say that I was very impressed with the way this watch looked and felt. The metal felt solid and well constructed, the strap looked very comfortable and durable, and the overall product seemed very high quality look to it.

That being said, my son had the watch on for less than a minute before the clear plastic lens/whatever on the front of the watch shattered after a very light hit on a cabinet door. How can a watch that is made for kids be so fragile? This seems unacceptable and a major design oversight.
Read more
8 people found this helpful
Helpful
Comment Report abuse

carlos l villarreal
5.0 out of 5 stars It didn’t look cheap
Reviewed in the United States on June 18, 2019
Verified Purchase
My son really wanted a watch since they were learning on how to tell time. I was worried since this one was 12 dollars and didn’t think it would be that great but this is the one he chose. I was pleasantly surprised how nice and expensive it looked! It could have come from the Disney store. My son was very happy and wears it almost daily. Would recommend it!
Read more
Helpful
Comment Report abuse

lady327bug
5.0 out of 5 stars Yeah for Mickey Watch
Reviewed in the United States on May 10, 2017
Verified Purchase
I'm a pre-k reacher and I love it!!! It was exactly what I was wanting. I didn't think I would like the black rubber band, so I hesitated purchasing it. But it is perfect together.
Read more
2 people found this helpful
Helpful
Comment Report abuse

Rebecca
5.0 out of 5 stars Perfect!
Reviewed in the United States on December 30, 2018
Verified Purchase
Bought for my daughter who will be turning 3 next week to wear to Disneyland. It fits her perfectly with plenty of room to grow. Currently wearing it on the last hole. Not too tight or loose at all. She loves it.
Read more

BrianneRoig
1.0 out of 5 stars Falls apart with minimal wear
Reviewed in the United States on February 12, 2018
Verified Purchase
We got this for our son for Christmas. He wears it to church on Sundays, so 5 times since Christmas (we've missed during illnesses). The second hand fell off the center ring, so not only does the second hand just float in there, but the watch doesn't keep time any longer. It isn't worth taking to a repair shop, so my son is out his watch. Such a shame - and of course we are 10 days past the return window. We'd love a replacement. :(
Read more
5 people found this helpful
Helpful
Comment Report abuse
See all reviews

Page 1 of 1 Start overPage 1 of 1
This shopping feature will continue to load items when the Enter key is pressed. In order to navigate out of this carousel please use your heading shortcut key to navigate to the next or previous heading.
Back
Next
Pages with related products. See and discover other items: kids round glasses, watch disney, watches under 20 dollars, child watch, Explore wrist watches for babies