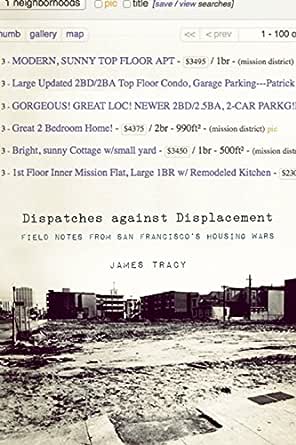 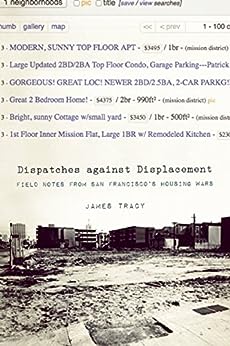 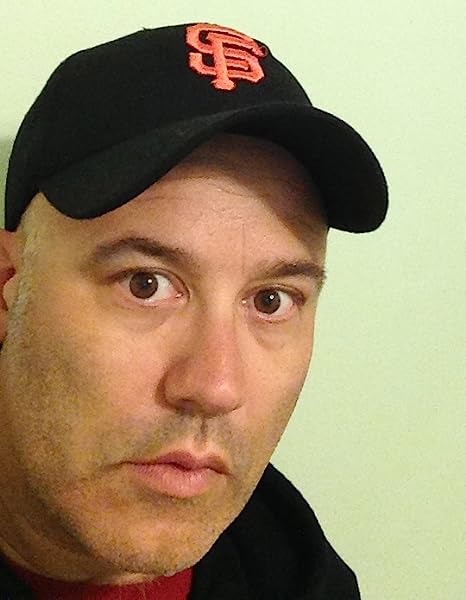 James Tracy is the co-author of Hillbilly Nationalists, Urban Race Rebels and Black Power: Community Organizing in Radical Times (Melville House Publishers) and the co-founder of the San Francisco Community Land Trust. His articles have appeared in Race Poverty and the Environment, Shelterforce, Street Sheet, and Z Magazine.
--This text refers to the paperback edition.

3.6 out of 5 stars
3.6 out of 5
4 global ratings
How are ratings calculated?
To calculate the overall star rating and percentage breakdown by star, we don’t use a simple average. Instead, our system considers things like how recent a review is and if the reviewer bought the item on Amazon. It also analyzes reviews to verify trustworthiness.
Top reviews

Brandon Lott
4.0 out of 5 stars Thankful.
Reviewed in the United States on June 19, 2017
I'm reading this to complement the research I am doing in the Bayview. This book has been helpful, as an outsider of the housing rights struggle in SF, to gain an understanding of the various - many - things that residents/organizers and organizations have done to try to combat the ongoing housing struggle in SF. It's particularly informing because of where things have ended up - or are trending towards. SF has lost its soul, and this book helped to highlight the many individuals that tried to save it.
Read more
Helpful
Report abuse

Dave Hancock
5.0 out of 5 stars Essential reading for anyone who cares about housing, urbanism and left politics
Reviewed in the United States on December 29, 2014
Jame's Tracy's Dispatches Against Displacement should be read by anyone who wants to learn more about 1) why we face an endless housing crisis in this country;2) what different communities have done to address this crisis (including successes, failures and lessons), ranging from traditional policy responses to militant direct action to transformative structures of community land stewardship; and 3) what are some systemic solutions -- and a crucial strategic framework -- to address our housing crisis moving forward.
Read more
2 people found this helpful
Helpful
Report abuse

Kevin Keating
1.0 out of 5 stars Pimpin' Ain't Easy -- Just Ask a San Francisco Housing Activist
Reviewed in the United States on November 3, 2014
In 'Dispatches Against Displacement,' long-time San Francisco housing activist James Tracy gives an exhaustive and exhausting account of a work-within-the-system housing activist's take on the market-driven housing crisis in late 20th to early 21st century San Francisco. For almost twenty years, Tracy has been receiving paychecks to energetically pedal illusions to hard-pressed poor people about the character of their powerlessness under capitalism in America. The legacy of the author's relentlessly pro-electoral politics, work-within-the-system approach is clearly one of across the board defeat. San Francisco is well on the way to becoming the world's nicest looking office park. And this is happening without the faintest hint of any kind of credible, real world resistance -- resistance that refuses to play the capitalist election game, does an end-run around the bourgeois political apparatus and inflicts real damage on the economic interests of the private sector elite. The efforts of work-within-the-system housing activists like James Tracy have unintentionally helped pave the way to a contemporary situation of total demobilization and defeat for working class renters and poor people in San Francisco.

In "Dispatches Against Displacement," James Tracy's most far-going and visionary response to what capitalism does to housing in America is for what is called a "Community Land Trust." While this might not be a terrible thing in and of itself, it tends to suggest that our only option is to try to shop our way out of the grief we get under the dictatorship of the market. For "radicals" of the James Tracy stripe, the capitalist system -- wage labor, money, market relations, the state -- are eternal; these forms of exploitative and predatory social organization will always be with us, we must always attempt to work with them, and there is no possibility for another kind of society, let alone of fighting for it now.

'Dispatches Against Displacement' is an expression of the world-view of the San Francisco Bay Area's remember everything and learn nothing salaried housing activists. Their timid perspectives, the consistently abysmal results they have produced, and the endless bogus rationalizations they make for their failures serve as unintended proof that there is no such thing as a paying gig fighting against capitalism in America. Reading between the lines, "Dispatches Against Displacement" shows that in San Francisco, James Tracy's approach of getting politicians elected and complaining about them afterward has been a catastrophic failure. For a more meaningful and effective response to the housing crisis in America we will have to wait for the publication of some other book.