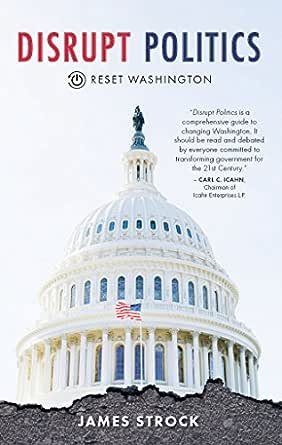 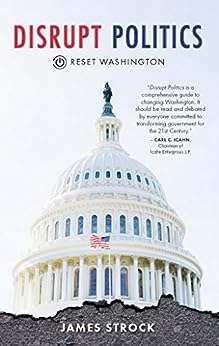 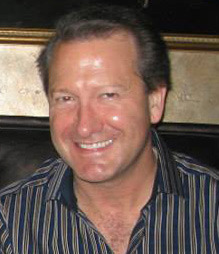 "Disrupt Politics is a comprehensive guide to changing Washington. It should be read by everyone committed to transforming government for the 21st Century." --Carl C. Icahn, Chairman of Icahn Enterprises, L.P

"Disrupt Politics identifies clearly a rising and necessary movement in America to change our politics and disrupt the status quo party system. James Strock reveals the hunger among citizens for a new way of governance--and one that that harkens back to our Constitution." --Matthew Dowd, Chief Political Analyst, ABC News

"America is in transition--and the old rules are out the window. 21st century leaders in government and politics must adapt to the new paradigm or fade away. Disrupt Politics is a reliable roadmap for continued American preeminence." --Matt K. Lewis, senior columnist, The Daily Beast

"James Strock draws from a lifetime of political and government experience to sketch a portrait of a broken system that is thoughtful, provocative and insightful. At a time when too many Americans are simply despairing at what politics has become, Disrupt Politics offers a path forward." --Dan Schnur, Director, Jesse M. Unruh Institute of Politics, USC

"Disrupt Politics is full of compelling ideas, including the big one: the only way to fix broken government is to rebuild it." --Philip K. Howard, author, The Death of Common Sense

Across the United States and around the world, there is rising citizen demand for transforming political and governmental institutions. Year after year, conventional thinking and approaches have fallen short. The public will has not found expression in elections. There's no sense of accountability.
Traditional distinctions of left and right are being superseded by a top-down divide. Cultural and economic elites have become disconnected from the wider nations they're intended to serve.
One of the fundamental challenges: The people who understand the political system want to maintain it; those who seek transformation often lack the information and experience necessary to achieve it.
Disrupt Politics is intended to add value in that gap.
The first edition was released at the outset of the 2016 election campaign. Amid the tumult prompted by the Trump and Sanders insurgencies, the book's message became ever more topical and urgent.
The second edition is updated, with a new foreword for 2017. It presents specific steps that a president can undertake to "drain the swamp" in Washington.
Thank you for your interest in and support of disrupting our politics. There is no greater task before us in the coming years.

We the People CAN Drain the Swamp.

November 8, 2016 will be remembered as an electoral earthquake.

Washington, DC is bracing for the most fundamental challenge to the status quo since Franklin Roosevelt assumed the presidency in 1933.

Donald Trump, against all odds, upended the Bush, Clinton, and Obama political machines. Now comes the ultimate challenge: Will President Trump tear down the Special Interest State that has dominated Washington for decades?

Disrupt Politics makes the case for fundamental reform. It exposes how Washington works. It presents an action plan for a peaceful revolution, returning power to We the People.

Whether you're in the fight--or just keeping score--Disrupt Politics will be your citizen's manual for creating a new American century.

James Strock is a best-selling author and speaker on leadership. His passion for the practice of leadership spans four decades. He's an independent entrepreneur and reformer in business, government, and politics. He is the founder of the Serve to Lead Group. Strock also served as the founding secretary for environmental protection for the State of California; as the chief law enforcement officer of the USEPA; general counsel of the US Office of Personnel Management; and special counsel to the US Senate Environment and Public Works Committee. His prior books include 'Theodore Roosevelt on Leadership,' 'Reagan on Leadership,' and 'Disrupt Politics.' Strock is a member of the Council on Foreign Relations and served to captain in the USAR-JAGC. He divides his time between Arizona and California. He can be reached at servetolead.org.
Read more