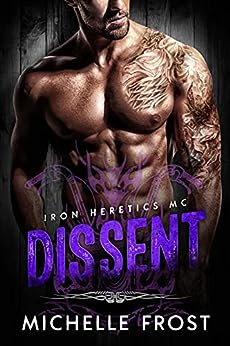 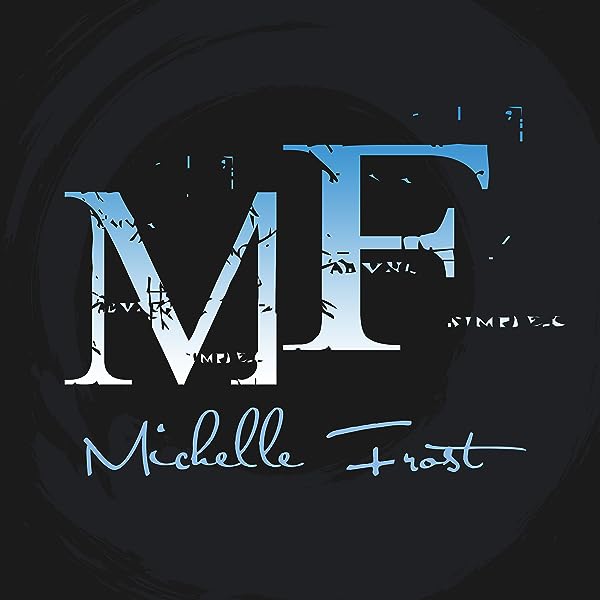 I wasn’t the president of the Devil’s Rage MC when I fell in love with Calix Durante.

Hell, I was barely a prospect. Him being the Iron Heretics President should have kept us apart, but it didn’t. We kept our affair a secret for years before he called it off. Only, while I was falling in love with him, he never let me get closer than arm’s length.

Now, we’re still bikers, both presidents, and he’s keeping me a lot further away than arm’s length these days. A truce between our clubs has fixed me in his orbit, but I’d have never guessed it would take another man to bridge the divide between us.

Dissent is the fourth book in the Iron Heretics MC featuring an intense love story between three men—Holden, Calix, and Neven. This series is best read in order. Content warning can be found on the copyright page.

For book news, sales, and freebies sign up for Michelle's newsletter at www.michellefrostwrites.com.

Kindle Customer
3.0 out of 5 stars Good
Reviewed in the United States 🇺🇸 on November 7, 2022
Verified Purchase
While I liked these stories and they went quickly which is both good and bad.. I would have liked a bit longer sex scenes they were wham bam thank you sir..lol
Read more
Helpful
Report abuse

Devoted❤️Reader
5.0 out of 5 stars Marshmallows
Reviewed in the United States 🇺🇸 on August 27, 2021
Verified Purchase
Is there anything better than than a motorcycle club romance? Usually, I’d say no, but… When you mix two deliciously sexy MC presidents and add in a sprinkle of sweet, shy and vulnerable, that’s a recipe for a mouth watering treat I need thirds of. I love the heck outta these men. “This thundering cadence in my chest wasn’t weakness. It was power and the food my soul had been begging for. I loved them. I was a better man because of them. And I’d take care of both of them, protect both of them, until it was my turn to go into the ground.” I knew from the moment we met Calix he was a force, and then when we met Holden that there was an even better story ahead, but I never imagined it to be the heartfelt and rewarding love story it is, when these two meet Neven and are finally as they’re all meant to be. Sparks, smiles, happiness, thrills—these three have it all and more. I love this series, this family, the adventures and above all the amazing love that grabs hold and doesn’t let go.
Read more
Helpful
Report abuse

CC
4.0 out of 5 stars Nice Read….However
Reviewed in the United States 🇺🇸 on August 26, 2021
Verified Purchase
I was excited to read a MMM story in the series. But, everything went by so fast. Like extremely fast, once minute they’re meeting then there’s a scene with just Calix and Neven, then Calix and Holden, makeup, then a scene with Calix and Holden and Neven watches, drama, rescue, then it’s done. There was never a scene wher Neven gets to make love with his men, more like a voyeur or just oral, not that, that’s bad but it feels incomplete. Like the author who usually takes her time, rushes to the end just to get it done. Overall a nice read but feel like we were missing out on some great moments.
Read more
One person found this helpful
Helpful
Report abuse

She Who Shall Remain Nameless
TOP 1000 REVIEWER
4.0 out of 5 stars Very good addition to this series
Reviewed in the United States 🇺🇸 on August 26, 2021
Verified Purchase
This series should probably be read in order in its entirety for maximum enjoyment. It is a darker series than many, so if you’re in the mood for light and fluffy maybe you should save this for another day. I really liked reading Calix, Holden, and Neven’s story. It was also nice having the characters from the previous books take part in this book as well. I’m hoping that we’ll get a story for Riot soon too. All in all, this was a very good read.
Read more
One person found this helpful
Helpful
Report abuse

Zinnia Rodriguez
5.0 out of 5 stars Menage MC Romance
Reviewed in the United States 🇺🇸 on February 14, 2022
Verified Purchase
Great ending to the series but hopefully we'll get more of the Iron Heretics MC stories. Of the three men, my favorite has to be Holden. He is strong, caring, loyal and doesn't give up. Holden and Neven are a great match for Calix. They make him soft in a good way and more human. Neven is lucky to have two men who absolutely love him.

I recommend this story but best read in sequence for a better understanding of events.
Read more
Helpful
Report abuse

Kindle Customer
4.0 out of 5 stars Finally Calix gets his story
Reviewed in the United States 🇺🇸 on August 27, 2021
Verified Purchase
I am so happy that Calix finally got his story. I wasn't sure how Holden and another guy were going to work for Calix but it worked beautifully. While to some it might seem all instalove but if you've read all the previous books in the serious it makes sense. I am happy that there will be more in this series.
Read more
Helpful
Report abuse

Zenny
4.0 out of 5 stars I liked it but…
Reviewed in the United States 🇺🇸 on September 20, 2021
Verified Purchase
I kind of wanted this to just be a Callix and Holden story. I liked Neven and the three of them together but I was expecting a longer story about them getting to where they are now. Still a good read and a great addition to the series.
Read more
Helpful
Report abuse

Sandilicious
5.0 out of 5 stars Say It Isn't Over
Reviewed in the United States 🇺🇸 on October 4, 2021
Verified Purchase
I think this may be my favorite out of this series. Calix and Holden are both presidents of rival mc clubs, but also secret lovers off and on again for the last decade. They are reunited by their attraction to Neven, another worker at Spritz who is hiding a secret. Danger is always around the corner but these men are willing to put their lives on the line to protect their boys. I don't want this series to end. Highly recommend if you love big, tattooed, motorcycle men who live hard and love harder.
Read more
Helpful
Report abuse
See all reviews

Flick
5.0 out of 5 stars So good! I’m so glad we got to see Calix and Holden get their HEA with an even!
Reviewed in the United Kingdom 🇬🇧 on August 26, 2021
Verified Purchase
Another fantastic addition to the series! I’ve wanted Calix’s story for a long time and this didn’t disappoint. What I loved was the simple acceptance he had of the mistakes he’d made in the past and that he could keep running from them. Once he realised that he was all in and it was beautiful to see. The faith these men have in each other (their special someones and their brothers) is so lovely to read about. The Heretics are a true family and I can’t wait to see what comes next!
Read more
Report abuse

Angel13
5.0 out of 5 stars fantastic story
Reviewed in the United Kingdom 🇬🇧 on May 10, 2022
Verified Purchase
Loved Calix, Holden & Neven’s journey ….they fit perfectly together. This series is brilliant ….interesting plots and twists which always keep this series fresh.
Highly recommend this book and series…..really hope we get to see more from these loveable characters 💜
Read more
Report abuse

Freckles
4.0 out of 5 stars So good!
Reviewed in the United Kingdom 🇬🇧 on August 28, 2021
Verified Purchase
I’ve really enjoyed this series and so I was happy to see Hayden and Calix story with cute Neven pulling them both in. This was quick paced, with a bit of angst, lots going on and we got to see a more tender side of Calix. I think it was well written and we were able to see some of the characters from previous books.
Read more
Report abuse

Kindle Customer
5.0 out of 5 stars A fantastic read
Reviewed in the United Kingdom 🇬🇧 on September 4, 2021
Verified Purchase
This was another beautiful love story with this  lovely mm couple.
I must say I love this authors work and plan to read all their books on KU.
This was an easy 5 stars from me.
Read more
Report abuse

mrs s
5.0 out of 5 stars couldn’t put down.
Reviewed in the United Kingdom 🇬🇧 on October 1, 2021
Verified Purchase
Had me interested from the start, some books, for me, are not interesting till you get half way, but Michelle Frost books have me interested from the start.
Read more
Report abuse
See all reviews
Report an issue
Does this item contain inappropriate content?
Report
Do you believe that this item violates a copyright?
Report
Does this item contain quality or formatting issues?
Report