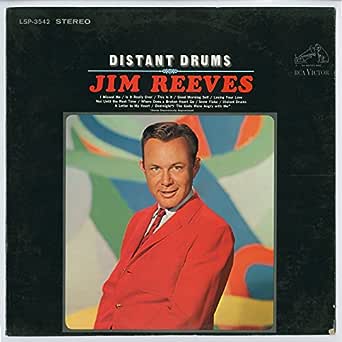 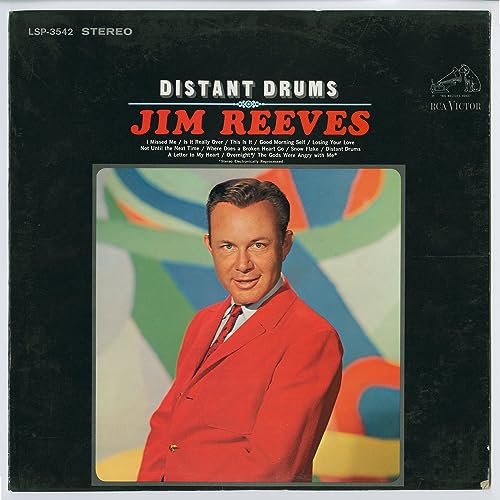 4.4 out of 5 stars
4.4 out of 5
5 customer ratings
How does Amazon calculate star ratings?
Amazon calculates a product’s star ratings based on a machine learned model instead of a raw data average. The model takes into account factors including the age of a rating, whether the ratings are from verified purchasers, and factors that establish reviewer trustworthiness.
Top Reviews

*"Where Does a Broken Heart Go" lists as rechanneled "stereo" on the back cover liner notes, but the song is in true stereo; playback on this track features an accordion on the left channel, strings on the right. This is NOT the same track from Jim's 1956 BIMBO, RCA/Victor LPM 1410 Lp (he sings in a higher range, honky-tonk style), though it's the same song.
**"Overnight" and "The Gods Were Angry With Me" are mono recordings rechanneled fake "stereo". RCA's 1964+ rechanneled stereo was less severe than the 1962 versions (in Reeve's case, that horrendous deep bathroom 1962 echo "stereo" HE'LL HAVE TO GO reissue). "The Gods Were Angry With Me" is sourced from a 1957 track from the FOUR WALLS Ep mini album, RCA/Victor EPA 4062, one of four on that album. Ep albums from the '50s and early '60s were 45 RPM records with two songs per side on a 4-track disc. Sound quality on an Ep was pretty lousy, based on the disc cutting master compressing 5-6 minutes playing time into the 2:30 "sweet spot" on a 45 RPM 7" vinyl disc.

When Jim Reeves died, his last then-current albums were MOONLIGHT & ROSES, LPM/LSP 2854 (studio), and THE BEST OF JIM REEVES , LPM/LSP 2890 (singles/hits comp repackage). This album was the fourth Jim Reeves post-plane crash album after his death. Other period RCA/Victor Lps were:

Original pressings of DISTANT DRUMS, LPM/LSP 3542, feature the black "dog on top" label with "RCA VICTOR" at the top of the label in white letters. 1968+ copies of the Lp feature orange colored label(s) with the new "RCA" block letter logo, and all the orange label and later versions were in stereo copies only.

Surojit Guha
1.0 out of 5 stars Not worth, only mp3, not wav (cd quality)
Reviewed in the United States on November 17, 2018
What's the point of purchasing an MP3 cd?? What prevents you from uploading wav (uncompressed file), that is actually cd quality? Trying so hard to buy the physical cd, and it's irksome that those possessing it would only allow mp3 downloads. Kills the quality. :(
Read more
Helpful
Comment Report abuse
See all reviews from the United States