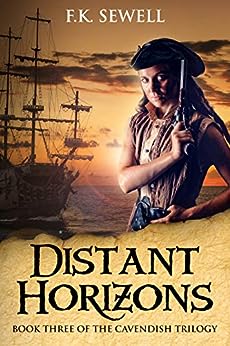 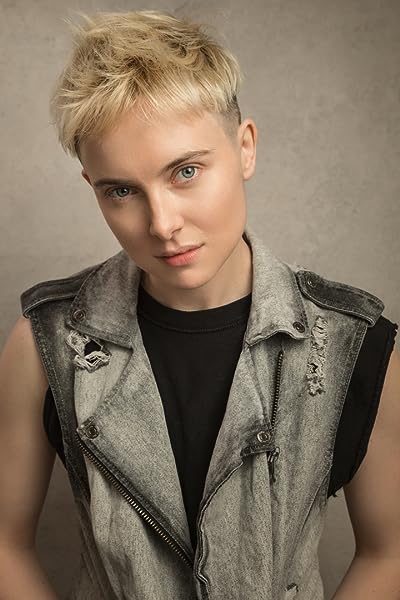 by F.K. Sewell (Author), Sohail Forouzan-sepehr (Photographer) Format: Kindle Edition
Book 3 of 3: The Cavendish Trilogy
See all formats and editions
Sorry, there was a problem loading this page. Try again.
Leaving London far behind, Vesta Calida Cavendish sets sail with a new crew - and an old friend - still seeking that elusive ship of her own. However, advancement soon becomes the least of her worries when the Captain's wife catches her eye and a new enemy gets wind of her intentions...
Meanwhile, Matthew is struggling to stay afloat in the navy, constantly treading a fine line between being himself and staying out of trouble. Little does he know, his luck may be about to run out...
Nicolas Cavendish is doing his utmost to maintain his fearsome reputation, live up to his father's legacy and keep his family happy, however the consequences of his notoriety are fast advancing and they might not be pleasant...
All three of their paths converge as matters come to a head and in the end, survival depends on how the cards will play out...
Read more
Previous page
Next page
Next 1 for you in this series See full series
Total Price: $0.99
Books In This Series (3 Books)
Complete Series
The Cavendish Trilogy
Kindle Edition
Page 1 of 1Start OverPage 1 of 1
Previous page
Next page

F.K. Sewell is the pen-name of Writer/Actor Caspian Faye.

Caspian was born in West Sussex, has lived in Wexford, Ireland, Cork city, Los Angeles and currently resides in London.

They attended drama school and have a background in acting, with a keen interest in martial arts, weapons training, history and travelling.

When not writing Caspian is most likely to be found on a film set, ghost-hunting, at the gym, on a beach or drinking large amounts of green tea while reading.

Their favourite genre to write is historical fiction, with a particular interest in the golden age of piracy and diverse characters. Many wonderful friends made whilst brandishing swords in the historical re-enactment community, and the stunning beaches of county Wexford helped provide the inspiration to bring these books to life.

The Cavendish Trilogy (Released 2018 - 2020) is their second, (but also serves as a prequel series to The Black Feather trilogy.).

They can be read in any order.

Guy
5.0 out of 5 stars FK Sewell, master storyteller
Reviewed in the United Kingdom on July 27, 2020
Verified Purchase
The only disappointment I ever get reading an FK Sewell book is knowing I’m done reading and I’ve read every single book she’s written and for good reason..

FK writes well rounded characters you love or hate set in such a beautifully mapped out and well crafted storytelling that you’re just sucked in, the mix of historical accuracy and fiction is brilliant and Vesta Cavendish is almost a living breathing person to me from the first book of the Black Feather Trilogy to this final book..

I get terribly angry that such master storytelling isn’t recognised on a larger scale and major publishers are missing a gem of a writer and I hope very much that Miss Sewell gets snapped up, The yarns of the Cavendish family are up there with the best novels around and you really need to read FK Sewell’s books from beginning to end ..
Read more
3 people found this helpful
Report abuse

Hope Freed, UK
4.0 out of 5 stars Don’t expect this to be a conclusion...
Reviewed in the United Kingdom on March 22, 2021
Verified Purchase
This has more entertaining swashbuckling adventures aplenty but if you’re expecting a conclusion to what exactly becomes of Vesta, Matthew, Nicolas and Christina then you’re going to be disappointed, as this last part to the prequel series is merely a set-up for the following trilogy (starting with ‘The Kestrel’). This finally brings Matthew together with Nicolas and Vesta (but separately from each other) and ends with lots of secrets still to be revealed. If you want to know the outcome to those, I guess you’d have to read on as the focus switches to Nicolas’ son, Alexander Cavendish.
This series has been a relatively absorbing read but as a true lesfic fan, I’m not sure whether or not I’ll be taking the time to read more...
Read more
Report abuse

blackhaddock
5.0 out of 5 stars Great Pirate Story
Reviewed in the United Kingdom on June 3, 2020
Verified Purchase
After buying The Coronet I just had to get the next two books in this trilogy too. Rattling good yarn. Highly recommended.
Read more
3 people found this helpful
Report abuse
See all reviews